By: Steven Chaitman | Movie News | September 28, 2012
After the premiere of The Amazing Spider-Man, which received generally positive reviews and a healthy box office take, word got out that director Marc Webb might not return for the sequel. With quick sequel turnarounds causing Gary Ross to leave The Hunger Games: Catching Fire and Rupert Wyatt to exit Dawn of the Planet of the Apes, Webb departing a film due in less than two years time following the first film's release wouldn't have been a surprise, especially considering he had a contractual obligation to make a film for 20th Century Fox.

But fans of the Spidey reboot will be glad to learn that Columbia Pictures has announced a deal has been reached with both Webb and star Andrew Garfield to return for The Amazing Spider-Man 2, which is set to open up summer after next on May 2, 2014. 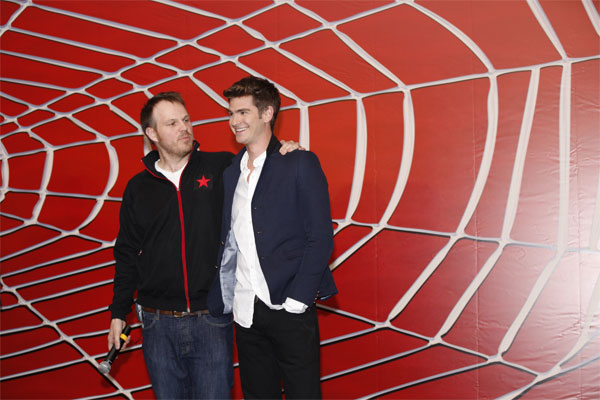 “We could not be more confident in the direction we are taking this new Spider-Man storyline and we are tremendously excited to be ramping up production again with Marc at the helm and Andrew continuing on as Peter Parker,” said Columbia President Doug Belgrad. “We can’t wait to share what we have in store for Peter and Spider-Man with audiences worldwide.”

The studio is also in talks to bring back Emma Stone as Gwen Stacy. Honestly, it's hard to believe she and Garfield weren't contractually locked in for at least two more films after signing for the first, but perhaps that's the difference between Marvel Studios and the studios that own Marvel properties.

The Amazing Spider-Man 2 two will begin production in 2013 based on a script by Alex Kurtzman and Roberto Orci (Star Trek), as well as Jeff Pinkner (Fringe), based on an original script from James Vanderbilt, who wrote the first film.