Marijuanaman Delivers the Goods on 4-20

By: | Comic News | February 14, 2011
Ziggy Marley is a grammy award winning, globally famous reggae musician. A man full of talent, he is going to show off his creative skills yet again and this time in a different medium. This will be his comic character Marijuanaman.

He's a Grammy Award-winning musician, an irrefutable Reggae star, and staunch environmental and social activist. In April, ZIGGY MARLEY steps into another creative arena with the release of MARIJUANAMAN from Image Comics. 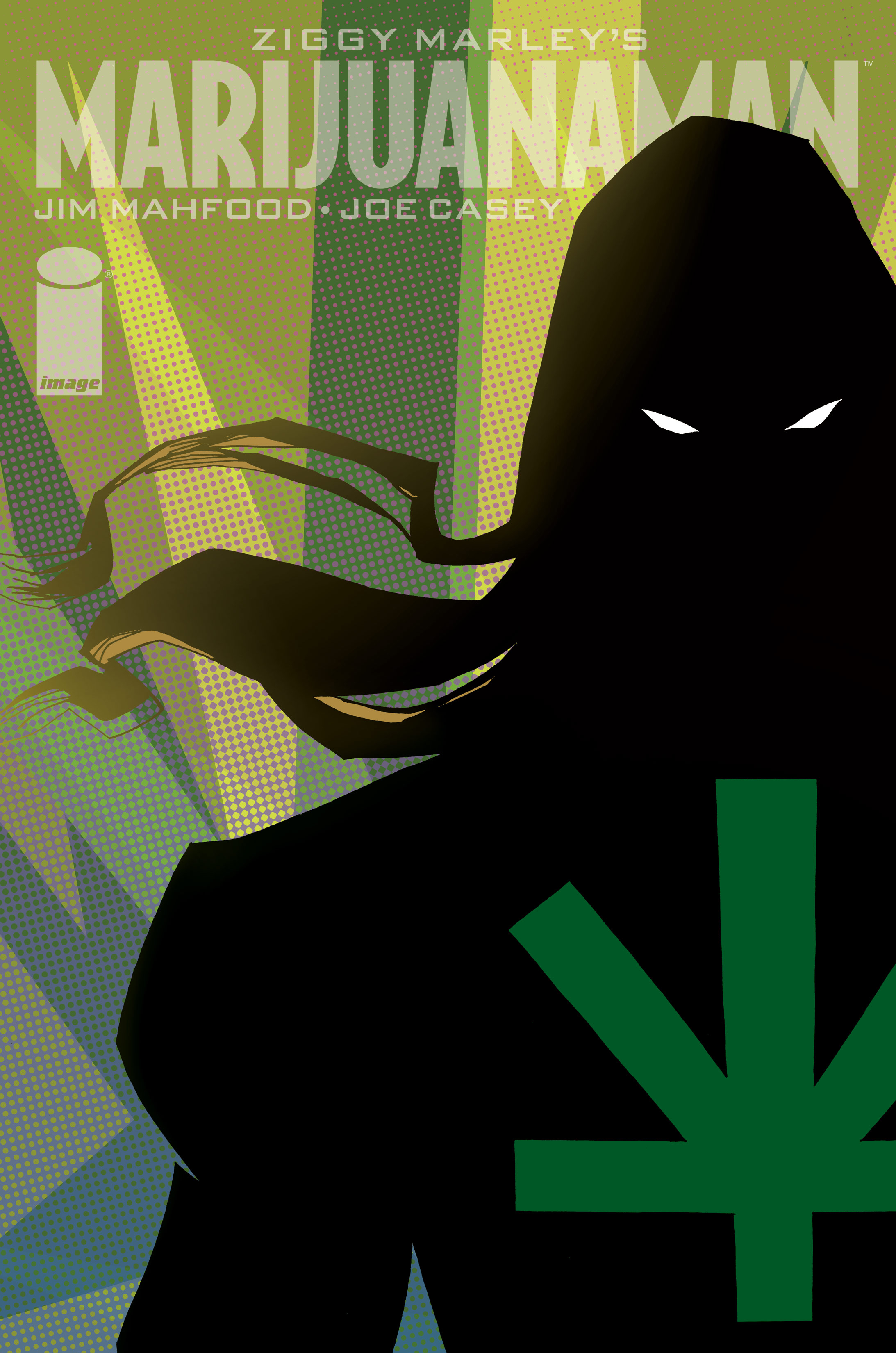 Based on a character conceived of by Ziggy Marley, written by Man of Action Studios JOE CASEY (GØDLAND, BUTCHER BAKER) and illustrated by JIM MAHFOOD (KICK DRUM COMIX, MIX TAPE), MARIJUANAMAN promises to shatter all expectations -- this is not the comic you think it is! The oversized deluxe hardcover graphic novel tells the tale of a noble extraterrestrial champion, who has arrived on Earth to deliver an important message and at the same time save his own planet.

"MARIJUANAMAN represents the hope of the future... the hope that we will utilize all of the power that the universe has given us to save our planet," Marley explained.

Casey spoke of being part of the creative trio, "Mahfood and I have been friends for over a decade and I've been a big fan of his for even longer. This was the perfect project for us to collaborate on because Ziggy's given us a great concept to go nuts with. This book goes beyond just being a comic... this book is an experience."

Mahfood added, “It’s been a really unique and thrilling project for me to work on. Ziggy Marley is a visionary and MARIJUANAMAN is his, so he's involved in every step, but he's also been cool enough to let Joe and I cut loose and really spread our artistic wings on this project. Through our collaboration, we are creating something that has a unique flavor and feeling. MARIJUANAMAN is not going to be what people except it to be.”

Discover a new hero for our times with MARIJUANAMAN, a 48-page oversized full-color hardcover by Ziggy Marley, Joe Casey, and Jim Mahfood. The book will be in stores April 20, 2011, for $24.99.