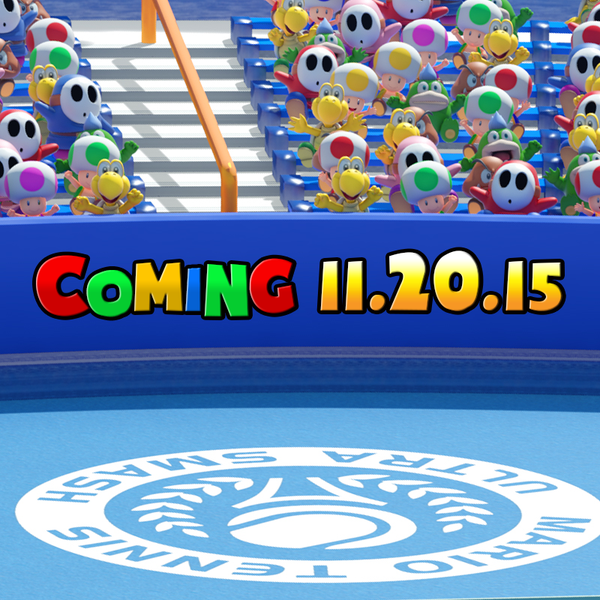 It looks like the sports spinoff will be hitting Wii U on November 20, 2015. If it sounds familiar to you Nintendo fans, it was the date of Star Fox Zero before it was delayed to 2016 (and is also the release of Pokémon Super Mystery Dungeon). The game is priced at a pretty steep $49.99.
For the last two years, Nintendo seems to put their biggest releases on the Friday before Black Friday, with Super Mario 3D World and The Legend of Zelda: A Link Between Worlds launching that Friday in 2013, while Super Smash Bros. for Wii U and Pokémon Omega Ruby/Alpha Sapphire doing the same last year. Star Fox was supposed fill that spot this year before the delay, so it seems tradition will not continue this year.
This new game will add two new gameplay features: the Jumpshot, which sends the ball flying down the court, and Mega Battles, which uses Mega Mushrooms to become a gigantic threat to the other team. Nintendo’s site seems to beat around the bush in terms of online multiplayer, as it says “Claim your spot in Mario Tennis lore in singles (1v1) or doubles (2v2) as you play with and against family, friends or the CPU using returning and new characters to the series.”
The only non-dated game this holiday is Animal Crossing: amiibo Festival. The board game spinoff of the popular sim has yet to be dated since its unveiling at E3.