"The worst Mario sports game in history"
By: Edward Oliveira | Wii-U Reviews | November 24, 2015
Mario Tennis: Ultra Smash has two things in it: Mario characters and Tennis. While that may sound stupid and obvious, that’s literally that you get since there’s little else. Never has a Mario sports title have such little content that it’s barely worth mentioning, so this review is a warning to all those expecting a career mode, diverse characters and minigames. 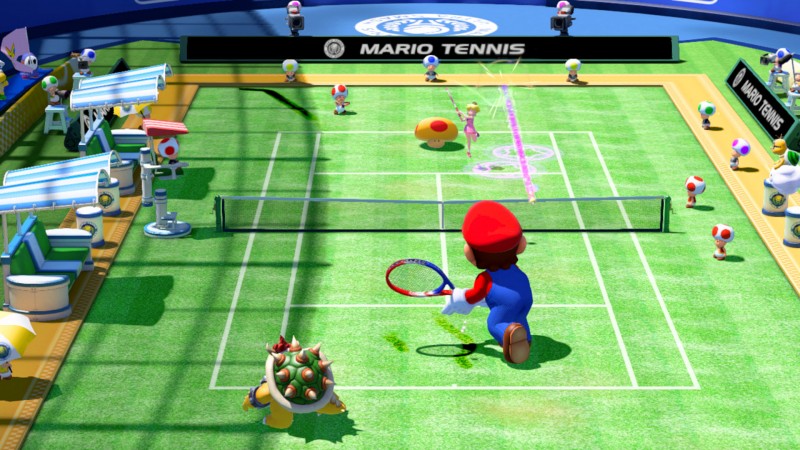 So you can do single matches, double matches, as well as two different modes. Mega Ball Rally is a contest where two players rally balls until one misses; and Knockout Challenge trains your amiibo, although the figures' AI doesn't nearly match up with Super Smash Bros. and faults all the time. You can play online, but unlike Splatoon, there aren’t many people playing it. That’s it.
There are sixteen characters to play and unlock, and all of them play the same, so don’t expect weight classes or different techniques, though there's a new Mega Mushroom item that makes them bigger. Everything looks and loads great, but sadly the court selection is pretty sparse too, with all of the different colored courts taking place in the same stadium. 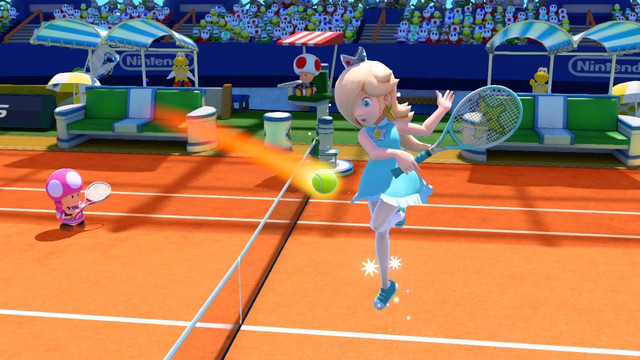 This is an insult to charge $50 for something that practically a worse Wii Sports Tennis. Camelot has always made good games, and even the 3DS game, Mario Tennis Open, had more content and better gameplay despite being a bit light on content. I won’t even wish for the killer RPG campaign the older handheld ones had, I just want something on par with a the eleven-year-old Mario Power Tennis.
Rating
5.0
Pros