How cosmic is the Marvel Movieverse getting? The studio is now developing The Inhumans for the big screen. One of Marvel’s niche titles, The Inhumans is a blend of science fiction, fantasy and royal drama. The Inhumans are a race of superbeings who live on the dark side of the Moon; they were created by the alien race the Kree millions of years ago in experiments on primitive humans are considered the first mutants.

The Inhumans are ruled by a royal family, headed by Black Bolt, who never speaks because the sound of his voice is wildly destructive. There’s a whole motley group of them and they even have a big mutant space-dog named Lockjaw. 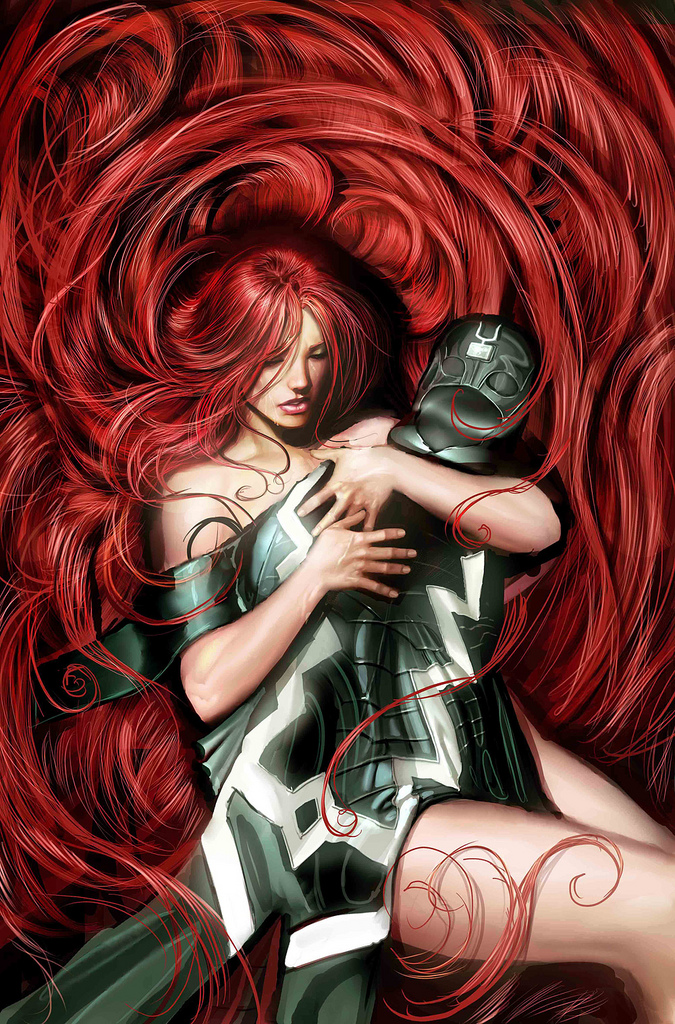 These guys are high level cosmic wackiness in the Marvel Universe. We’re talking Rome meets Star Wars meets The X-Men. The film would be a ‘team’ story, and it sounds like some of the details may be changed for the movie version.

According to this un-verified report, the movie would re-imagine Black Bolt and the gang as "aliens who were put on Earth as sleeper cell aliens to eventually call back their race to take over the planet.” But as any heroes would, the Inhuman rebel against their overlords and come to protect the planet they were sent to destroy. The project is very early in the pre-production process, with the concept being sent out to potential screenwriters for pitches.

Inhumans have existed in the framework of the Marvel universe largely as supporting characters in Fantastic Four and various cosmic-related titles, but amongst the handful of limited series the highpoint is the 1998 twelve-issue maxi-series by Paul Jenkins and Jae Lee.