Marvel Studios Will Not Grace Hall H at Comic-Con

By: | Movie News | June 23, 2011
Last year was a huge year at Comic-Con for Marvel Studios. In addition to panels revealing bits about Thor and Captain America: The First Avenger, all the actors involved in next year's The Avengers assembled on stage for the first time; it was a giggly moment for all Marvel fans.

With Joss Whedon's The Avengers on tap for May of next year, one would expect a panel with some teasing footage at the San Diego convention this year, but the LA Times says it ain't so. A Marvel insider told the publication that the studio decided to "go big or stay home," and with "Avengers" still filming, the studio didn't figure to have anything to wow fans with akin to last year's big casting reveal.

Although the news of no panels constitutes a major disappointment, sources told the Times that Marvel Studios plans to have a presence on the convention floor and has a booth plan "will be as attention-grabbing as last year’s Hall H panel." 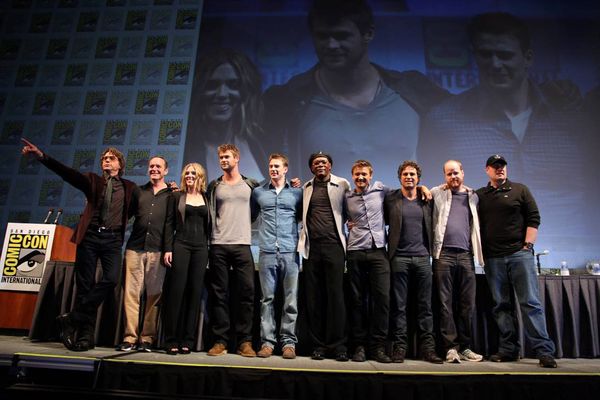 What instantly comes to mind at that last tidbit is in 2008 when Marvel revealed its four-year plant to produce Iron Man 2, Thor, Captain America: The First Avenger and The Avengers. We know Iron Man 3 will come out in May 2013, but nothing beyond that.

Hall H will not be entirely devoid of Marvel, however, because Sony's The Amazing Spider-Man will make an appearance. Other big 2012 films, however, are strangely absent: Man of Steel has confirmed no plans but has yet to start filming and The Dark Knight Rises has no plans to make a presentation, though Christopher Nolan has never been to the Con and the film hardly needs the buzz.

The Times also suggest that Marvel's connection to Disney and Disney's lack of its own panels at Hall H for films such as John Carter, could mean that Disney's annual D23 Expo in August will be more impressive than in years past and include some "Avengers" material. The studio's Buena Vista will distribute The Avengers on May 4, 2012.