"A familiar story from a special woman's perspective"
By: Russ Matthews | Movie Reviews | March 1, 2018
Throughout cinematic history, there have been various waves of interest in capitalizing on the rich content found in the Bible. From the Ten Commandments to The Passion of the Christ, filmmakers have utilized the material found in the 66 books of the beloved and maligned text from history. Recent incarnations have come from Darren Aronofsky (Noah) and Ridley Scott (Exodus: Gods and Kings) who have put their reputations in the hands of these Old Testament characters, but in reinterpreting these familiar stories, they have been panned by critics and the Christians who are the target market of these films. 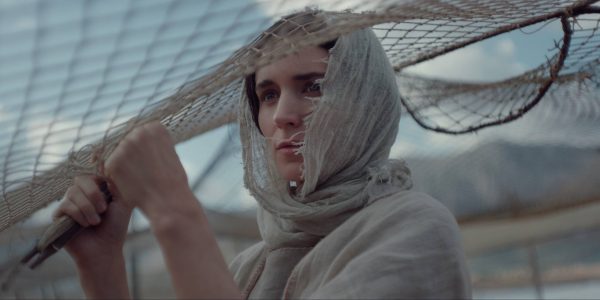 With the recent announcement of Mel Gibson’s follow up to The Passion of the Christ, there seems to be a resurgence in the characters within the New Testament. Paul, The Apostle of Christ, will hit theatres around Easter alongside the most intriguing venture for a big studio, Mary Magdalene. Directed by Academy-Award nominee Garth Davis (Lion) and cast with award-winning actors like Rooney Mara and Joaquin Phoenix in the lead roles, this is worth viewing consideration. Especially with the lead character being recognizable but with little mention of who she is in within the biblical accounts. This viewpoint has the potential to be an unmitigated disaster or a fascinating study of this woman’s perspective on the details surrounding Jesus. 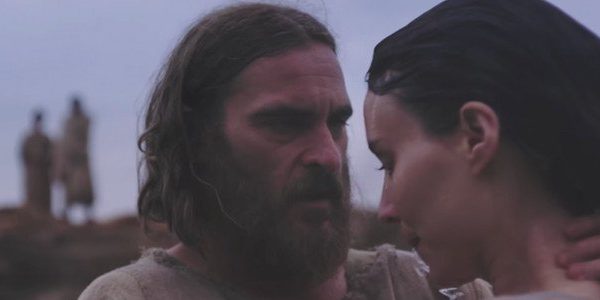 The director, the writers and the producers did their due diligence to honor the heritage of the writings of the original authors and historians who would provide the cultural realities of the first century in the Middle East. Beginning with a young woman who lives in a world of spiritual and social conflict in her fishing village, Mary (Mara) starts to follow an unassuming and radical new teacher named Jesus of Nazareth (Phoenix). In her search for the answers to life, she becomes a follower within the community that supports a man who speaks with authority against the religious leaders of his day and provides hope for all who believe in his words. As Jesus’ fame and the opposition against his teachings grow, Mary and the others must decide how far they are willing to go to associate with these new views of the world of God. Upon arriving in Jerusalem, the extreme responses of the people and the religious leaders confront the reality of this movement and Mary’s faith.
Unlike many of the past Christian films that have included Mary Magdalene, this story contains more of a nuanced depiction of the female disciple and the Messiah. Christians who attend one of the screenings of Davis’ film may experience a bit of discomfort. Not because of heretical content, but with coming to terms with the idea that life continued around the Biblical accounts and other elements might have happened to these people in history. The actual historical records do not have enough content to fill a full-length film, but that does not mean that Mary's story should not be told. The discomfort for those who know her story should be forced to go back and study what is known of this well-known woman and what is artistic license. 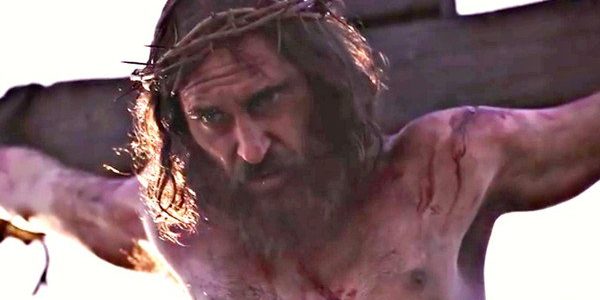 This production could be labeled as an arthouse film due to the visual effects the stylized script. Opposed to a straightforward depiction of this look into history, Davis takes this narrative through an artistic lens that tells as much about the era and geographic elements as the script. These visual elements complement the scripting that depicts a different perspective of the historical accounts without sacrificing the significance of the message. The writers deliver a ‘man of many sorrows’ messiah and one who provided groundbreaking treatment of women. The interactions between Mary and the key players in this story are fictional but do prove that a multitude of conversations did occur that may not have been documented, but they do have the possibility of happening.
Theologians will pick apart the storyline and some may have an issue with the casting choices of the different individuals who follow Jesus. In this analysis, the hope would be that they will see the value of incorporating the most significant event in history into a modern construct. Viewers should not expect to gain every element of the Biblical story from this film, but be challenged to explore it more in-depth by engaging with the historical documents that are readily available to them.
Mary Magdalene delivers a quality of storytelling with a respectful treatment of history. It will cause discomfort for many, but in amongst the uneasiness, the challenge will be for all to go and read the actual accounts of Mary, the disciples and Jesus. Many may claim that this a familiar historical character but may find that they may not know as much as they thought and will be pleasantly surprised by the reintroduction.
Rating
6.5
Pros