In Bioware’s Mass Effect 3 “making-of” app for the iPad, it’s revealed that the multiplayer portion of the game was originally going to be a standalone, first-person downloadable game, set in the Mass Effect universe. After Mass Effect 2 was completed, a new Bioware studio was formed, and over four months, the studio prototyped the Mass Effect Team Assault game.

“The goal was simple: to create a standalone multiplayer experience in the Mass Effect universe that would mix the play styles of Unreal Tournament and Battlefield 1943--and likely be released as a downloadable game," according to the app. "Played from the first-person perspective, players would battle on foot and drive vehicles like the Mako and Hammerhead hovercraft." 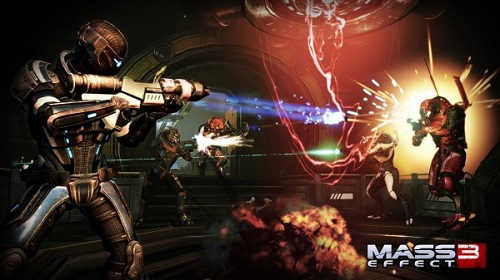 Footage is shown of the prototype in the game. However, this idea was eventually scrapped, and the studio went on to create the multiplayer portion that is seen in the game today, with the same engine, characters, and gameplay of the single-player portion.