By: | Xbox 360 News | February 9, 2012
Hardcore Mass Effect fans might remember the stinging regret they felt three years ago if they played Mass Effect Galaxy which came out for iOS in 2009.  Critically-panned and quickly forgotten by fans, this was nothing more than a quickie tie-in game.  But that doesn't seem to be the case for the new Mass Effect iOS game, Mass Effect Infiltrator which is due out soon.

This time around the game is made by IronMonkey Studios who did the excellent iPhone adaptations of Dead Space and Mirror's Edge.  This bodes very well for Mass Effect Infiltrator, which will be a third person shooter, much like Iron Monkey's take on Dead Space.  Early screenshots do show some impressive graphics (As opposed to the cheesy animation and lackluster gameplay of ME Galaxy). 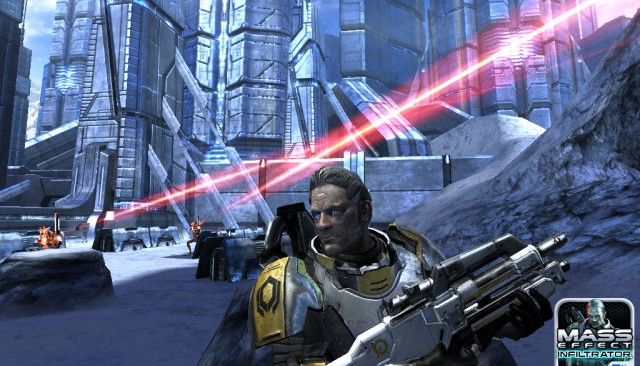 The story involves rescuing hostages being held by the Cerberus organization.  As with many of EA's games lately, playing this tie-in will grant you special benefits when playing through the full version of Mass Effect 3; completing objectives in the iOS game will increase the player's "Galactic Readiness" rating in ME3.

Keep an eye on Player Affinity in the month ahead as we cover all things Mass Effect in anticipation of the final game in this trilogy next month.