This is the second part of our "The Story So Far" feature.  To see what happened in the first Mass Effect game, you can read part one of The Story So Far.  Obviously, SPOILERS AHEAD.

Mass Effect 2 carries straight on from the first game. Whilst patrolling for Geth on the Normandy, Shepard is attacked by an unknown starship, causing many crew members to die, including Navigator Pressly. Everyone is forced to evacuate the Normandy, and at the last second Shepard throws Joker into an escape pod. Shortly after, Shepard suffers from a suit breach, causing death from asphyxiation.

Commander Shepard's body is found on a nearby planet after it has been dragged into orbit. With the help of former squad mate Liara T'Soni, the body is retrieved by a human supremacist organization called Cerberus and they spend two years rebuilding the Commander. Once revived, Shepard awakes aboard a besieged station, and helps Cerberus agents Jacob Taylor and Miranda Lawson escape. Immediately after, Shepard is given an audience with the Illusive Man, who is the head of Cerberus. 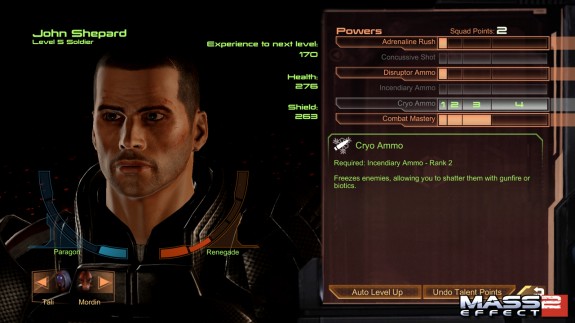 Although many will argue that Cerberus is an evil organization, their main priority is the lives of humans, above everything else. The Illusive Man warns Shepard that human colonies are disappearing all over the galaxy. He believes the Reapers are responsible, and are working through an insect like species called the Collectors. Shepard visits Freedom’s Progress, and is convinced of the Illusive Man’s theory and agrees to help him stop the Collectors by eventually traveling through the Omega-4 Relay, from which no ship has ever returned. Shepard is given a new Normandy, piloted by Joker with an onboard A.I. called EDI.

Shepard goes on to recruit ne squad mates: A Salarian scientist Mordin Solus, former squadmate Garrus Vakarian, biotic convict Jack and the genetically engineered Krogan called Grunt. Shepard continues to recruit squadmates, adding three more – former squad mate Tali'Zorah, Asari justicar Samara, or her daughter Morinth, depending on the players choices, and Drell assassin Thane Krios, until the Illusive Man contacts Shepard about a Collector ship supposedly disabled by Turians. As Shepard and squad board the ship, they surprisingly encounter no Collector resistance, and Shepard learns that the Collectors were originally Protheans (an ancient and extinct civilization) that were turned into slaves of the Reapers. With EDI's help, Shepard finds out how to bypass the Omega-4 relay before being ambushed by the Collectors. Although Shepard and the Normandy manage to escape the Collector ship, relations between Shepard and the Illusive Man are strained, due to the latter's knowledge of the Collector trap.

Shepard then visits a derelict Reaper, and acquires a device necessary for safe travel through the Omega-4 relay, and later captures an unconscious Geth. If activated, the Geth adopts the name Legion and voluntarily joins the squad. Soon after Shepard and the squad leave the ship in a shuttle. During their absence, the Normandy is attacked and boarded by the Collectors; only Joker (who briefly becomes a playable character during the invasion) avoids capture. 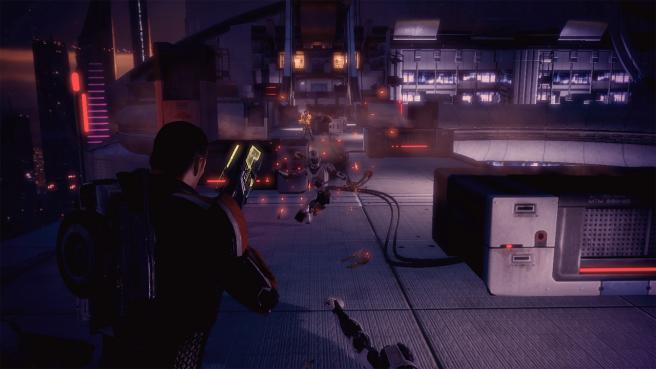 Once Shepard and the squad return to the Normandy, they learn that the crew has been captured, and you have the choice of not leaving yet, or to go straight away to rescue them. Not leaving immediately results in the death of crew members such Dr Chakwas and Kelly. Once you get through the Omega 4 Relay, Shepard discovers that the Collectors have been constructing a new Reaper made from the abducted humans. Although EDI is unsure of its true purpose, Shepard destroys the machine powering the human Reaper and prepares to destroy the Collector base. Conversely, before doing so, the Illusive Man contacts Shepard and gives the order to sterilize the base with a radiation pulse so its information can be used against the Reapers. After choosing to destroy or sterilize the base, Shepard destroys the awakened human-reaper larva, and if enough squad mates survived, escapes the base before the bomb detonates.  Upon returning to the Normandy, Shepard is either congratulated or condemned for his/her actions.

If Shepard did not survive the suicide mission, then Joker instead talks to the Illusive Man who tells him that Shepard's legend will not be forgotten. Afterwards, Joker is seen mourning over Shepard's coffin, but then he returns to the helm. Regardless of the ending, humanity now has the full attention of the Reapers, who awaken in dark space, and descend upon the galaxy, beginning the events of Mass Effect 3.

Many fans played through both games multiple times to ensure that all their squad mates survived for the third game. Well, that time has come, and in about a week we can see how our choices affected the game play of Mass Effect 3. For more information, or to Pre-order, visit Mass Effect 3’s webpage at www.masseffect.com