Rockstar Games announced yesterday that there will be a special edition of their upcoming sequel, Max Payne 3.  This package, which will retail at $99.99, will only be available for pre-order from November 21st, 2011 through January 15th, 2012.  The package will be available for all platforms, which includes the Xbox 360, PS3, and PC.

The special edition, which launches in March 2012, will include the following: 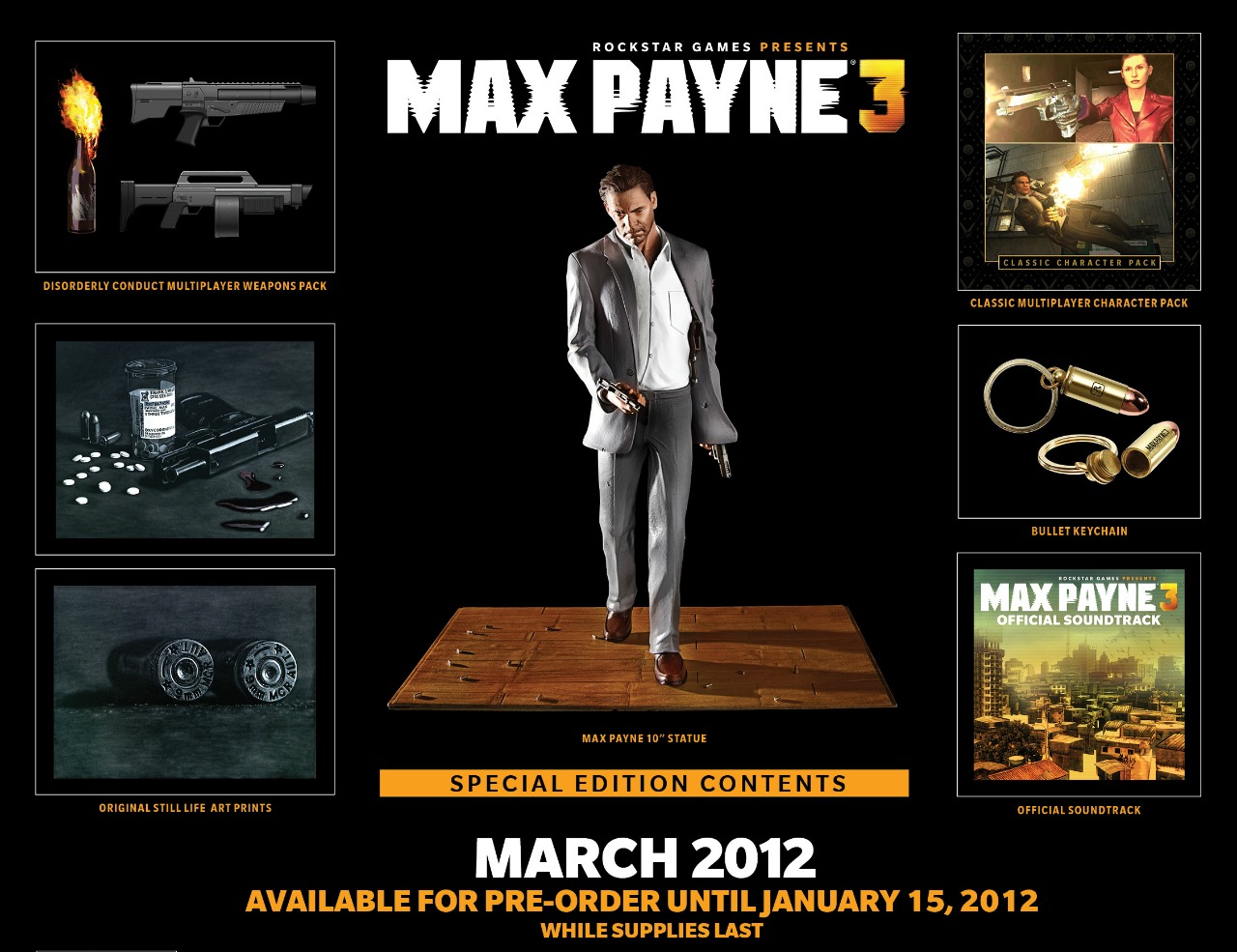 It’s been a long time since Max Payne 2 came out, and I can’t wait for the next edition of this violent melodrama to release.