X-Men and Spider-Man producer Avi Arad, has announced that Metal Gear Solid is ready to become a movie. The announcement, which was made at the Metal Gear Solid 25th Anniversary event in Japan, has finally grounded speculation surrounding the film. This announcement won't come as a surprise to die-hard fans of the series, as Metal Gear designer Hideo Kojima had previously hinted at a movie earlier this year. Fans themselves have always had their own speculation regarding a film due to the size and success of the franchise combined with rumours in the past

Whilst there is currently no information on a director or casting for the film, we can only hope that the Metal Gear film won't turn out as poor as other franchise films have in the past. The journey from console to big screen has never been a pleasant one - Street Fighter, Alone In The Dark and Resident Evil just to name a few. Hopefully Metal Gear will be rewarded with the cast and director it deserves. Who would you like to see cast as Solid Snake himself? 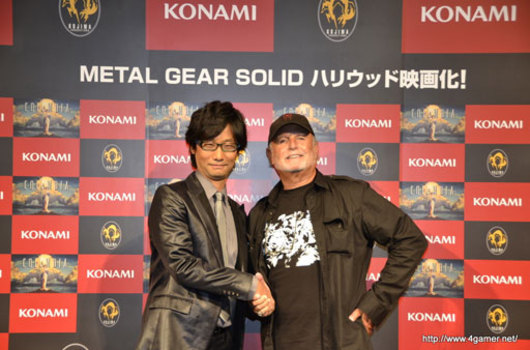