You know when you have a problem? It’s not when you’re dealing meth as your career, it’s when your start using your drug money to buy comic books! It shames me that this happened in my own state (which seems to have a growing meth problem) but Aaron Castro is on trial for narcotics distribution and weapons charges in the state of Colorado. Not only that, but he may lose his 18,753 comic book collection to the state! Apparently Aaron was so hooked on comics that people were meeting him in a comic book shop to pay him for drugs. Then he would turn around and buy a box of comics! Let’s recap this real quick. He has a drug problem (more than likely), he has a money problem, and he has a hording problem. I have a ton of comic books all purchased legally and not with laundered drug money, but this guy couldn’t have been collecting nearly as long and already has almost twice my collection! I don’t know the fate of the comic books or the meth dealer, but I do want to know when the auction is so I can pick some up. 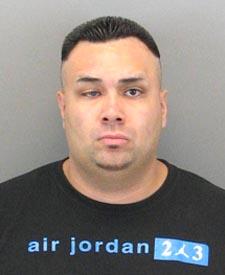 Full deets via The Smoking Gun.