The human half of the Robocop remake equation has been a question for some time, but MGM is hoping to move the project forward by offering Joel Kinnaman the title role. The news comes nearly a year after it was announced that the film would be helmed by José Padilha, director of the Brazilian action film The Elite Squad, and its sequel, Elite Squad 2: The Enemy Within.

A remake of Paul Verhoeven’s 1987 action flick/pitch-black satire, Robocop has been gestating for a while now. Kinnaman would be stepping into the shoes once filled by Peter Weller, who starred as a gunned down cop-turned-cyborg that commits to bringing law and order to a dystopic Detroit of the future. 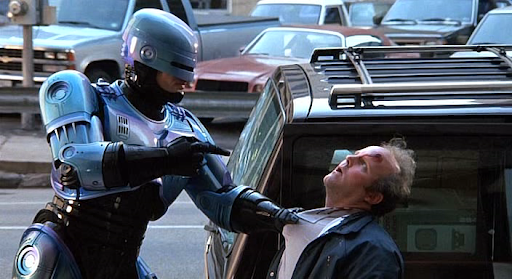 Unless you watch a lot of TV or have been to multiplexes in the last couple weeks, you’ve probably never heard of Kinnaman. The Swedish-American actor was introduced to North American audiences playing Detective Stephen Holder on AMC’s Americanization of the Danish series The Killing. He also had a supporting role in the Denzel Washington thriller Safe House, which premiered earlier this month.

The Deadline announcement has yet to update with news of whether Kinnaman has accepted MGM’s offer. It wouldn’t be the first blockbuster he’s missed out on: Kinnaman was among the top five candidates to play the lead in Thor, but had to drop out of the race due to scheduling conflicts with filming the Swedish action pic, Snabba Cash. He was also set to co-star in David Dobkin's Arthur & Lancelot alongside Game of Thrones star Kit Harrington until Warner Bros. dropped the adventure film last month.