By: Steven Chaitman | Movie News | February 14, 2012
Hollywood's master of mayhem, Michael Bay, has agreed to a two-picture deal with Paramount that includes directing a fourth "Transformers" movie scheduled for June 29, 2014.

Paramount made the official announcement last night, which was hastened because producer Lorenzo di Bonaventura prematurely spilled the beans to MTV earlier that day. Di Bonaventura confirmed that the film will be a reboot in that it will have new characters (no confirmation on Jason Statham rumors), but there will be a sense of continuity akin to Sony's "Spider-Man" reboot The Amazing Spider-Man: 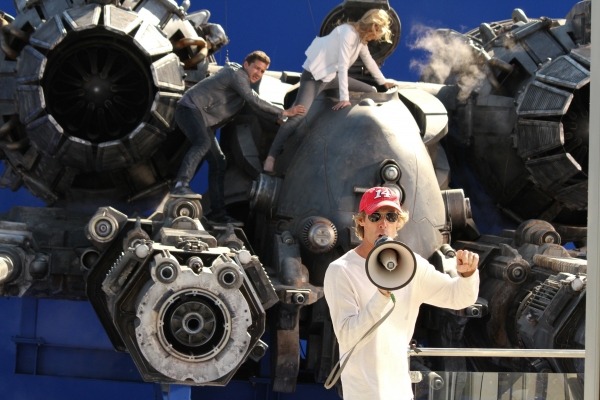 "There's still continuity going on and yet there'll be a lot of new cast. Whether there's anybody from the first cast we don't even know yet, but the truth is it's going to be a whole new story. The characters that certainly will come along will be Optimus and Bumblebee I'm sure."

Deadline's sources at Paramount say the studio is none too happy with Di Bonaventura for speaking on everyone's behalf and that Bay "went crazy" on him, but as film buffs, you have to like his style.

Before working on 'Transformers 4,' however, Bay will first direct Pain and Gain in April, a low-budget (you read that right) action thriller that will star Dwayne Johnson and Mark Wahlberg as two bodybuilders who get caught up in criminal activity.