"In the Shadow of No One"
By: Euan Dewar | PC Reviews - PS3 Reviews - PS4 Reviews - Xbox 360 Reviews - Xbox One Reviews | October 6, 2014
Licensed games are a very strange beast nowadays. Oftentimes they're the sort of fobbed off lazy movie tie-in that gets dumped onto a console or the app store in order to sucker in anyone who liked the original source material. On the side though, there's this second alternative narrative of licensed games. Releases that take their given intellectual property and use it as a sandbox within which they can express real creativity in game design. Batman: Arkham Asylum and South Park: The Stick of Truth are good recent examples of this, and Middle-earth: Shadow of Mordor can proudly claim to be the next in the line of fantastic licensed standouts. 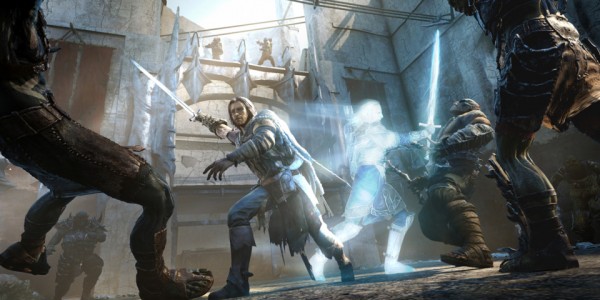 The basic gameplay framework of Shadow of Mordor is built around familiar but very well executed ideas and systems. The open-world with it's various collectible doodads and the traversal abilities you have with which to explore it are very Assassin's Creed. The counter-heavy combat flows cleanly in a way that is clearly influenced by Arkham Asylum, allowing for some extra customization through 'runes' that give your weapons different effects. These elements of it's makeup are extremely satisfying and easy to manage, in a way that transcends their derivative nature. However, the game's real claim to fame is it's biggest innovation: the Nemesis system.
This system places an endless supply of specific named enemies around the game world in a layered pecking order, with a handful of high-ranking War chiefs presiding over lesser captain Uruks. Each is more powerful than your average foe, with their own strengths and weaknesses and ways in which to tackle them. Captains will move around the open-world of their own accord, completing various tasks on their own that will help them climb higher up the chain of command until eventually they may make a bid to become a War chief themselves. 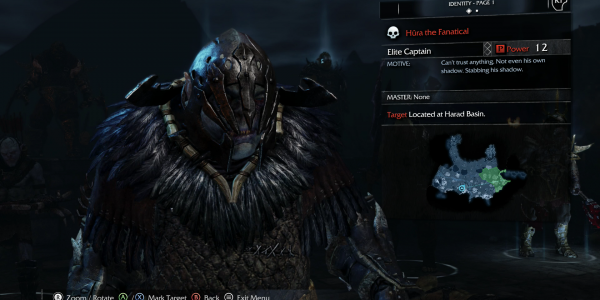 Where the dynamism really comes in is in how you can work the Nemesis system to your advantage. You gain the ability to 'brand' the captains, essentially making them your mind slaves, at which point they are yours to command. Whether it be sending them after another captain or helping them rise up the ranks, the ways in which you can infiltrate the Uruk hierarchy are devilishly fun. Branding all of a War chief's bodyguard captains and having them turn on him in the middle of combat never gets tired. It's this extra layer of emergent strategy that makes Shadow of Mordor's open-world feel more alive and purposeful than many of it's contemporaries. Without spoiling anything they also find some neat little ways to weave the system into the main story itself, cool stuff. 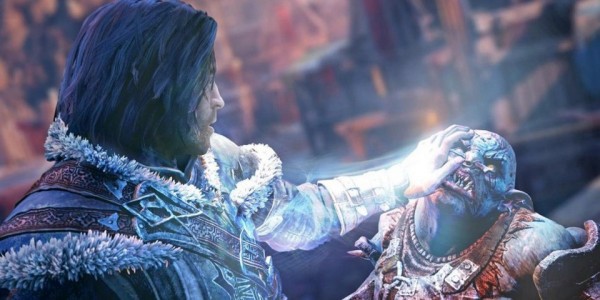 Developers Monolith Software have chosen to build the game's story around the actual LOTR universe and lore in a very stratified way. They throw in some obvious surface-level characters and archetypes (Gollum, the big-bad Sauron of course) to fulfill an obligation to appeal to the crowd that only saw the films. Otherwise though, the lore references are fairly obscure and require a greater knowledge of the supplemental source material than most are likely to have. In a way this does work out quite well. By relying on lesser known LOTR events they can reference the source material without being too heavy-handed about it (apart from the aforementioned obvious character inclusions). For instance Celebrimbor, one of the game's main characters, is actually a huge part of the LOTR fiction. Something most people (myself included) wouldn't know about had they not done the research themselves. 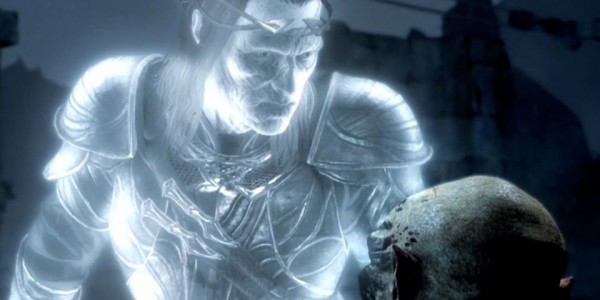 In this way the game will probably appeal to diehard fans, but most likely not without issue.  The story tries to insert itself into parts of the lore, as well as create new parts of its own, that may be a little cringeworthy and contrived to some. The story arc of main character Talion is a fairly generic revenge tale. Serviceable in it's workman-like nature, but far from the most compelling thing ever. Doesn't help that the final movement of the game feels a tad rushed, a word I hesitate to use not having worked on the game, but it definitely comes across that way. Also, and maybe this is just me, I found it quite jarring just how violent this game can be. It's far from the most gruesome game ever but I've always though of the LOTR universe as a dark but fairly bloodless place. Something this game goes against with it's constant beheadings and throat slitting. I doubt it'll be entirely off-putting to anybody but it will almost certainly be quite eye-widening at first.
With the dynamism of it's gameplay systems and the large breadth of content spread throughout it's world, Shadow of Mordor makes a case for being one of the most compelling open-world games of recent times. It's the kind of experience where I just wanted to go back in and complete every little side-activity after the story was over. I find it reassuring to see proper (successful) experimentation in a big-name, big-budget title like this. It sets a high-bar for other similar licensed games and you can definitely expect to see other developers cribbing from it's ideas in the very-near future.
Rating
9.0
Pros