PC Gamers had an amazing week during the close of October as every online game store held some sort of Halloween sale that all had at least one phenomenal deal.  Now, November is getting off to great start as well, with Steampowered.com offering not one, but TWO Mid-week Madness sales on two different franchises.

First up is Trine, a nifty action/platform/puzzler where you play as three heroes who’ve been trapped in one body.  Fans of the old Blizzard game The Lost Vikings will recognize the gameplay.  Each of the three characters has a different ability and you have to switch between them to navigate a series of puzzles. Anyone who played Barbie and the Three Musketeers will also recognize this sort of gaming as well.  Not that I’d know.  You can grab Trine on Steam for $5.00 through Thursday.  It’s also available for the Mac.

ImpulseDriven.com has a smattering of games on sale; new to their stable is the “Pre-Alpha” build of a new space shooter/ MMO called MinerWars 2081.  You can grab it for $11.20 and have a look at an up-and-coming game in its early stages. 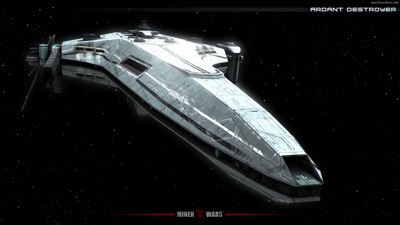 GamersGate.com is holding a big sale on 41 games.  Included are 75% discounts on the Men of War franchise, and 33% price breaks on the Command & Conquer series.  Plenty of other fantasy and strategy games are on sale as well.

Games For Windows Live is still honoring their Halloween sale on F.E.A.R. 2, which they’re selling for $4.99 through Thursday.

Did you buy anything during the big Halloween sales?  Tell us about it below in the comments section.