"The Mega Man Spiritual Successor Gets A Beta"
By: Zack Zwiezen | PC News | August 31, 2014
The Mighty No. 9 beta is launching today. This announcement comes from Keiji Inafune at a PAX  2014 Panel. The beta will be available to those who backed $80 or more to the successful Kickstarter. There were also codes given out to everyone who attended the panel. These codes will allow access to the beta. 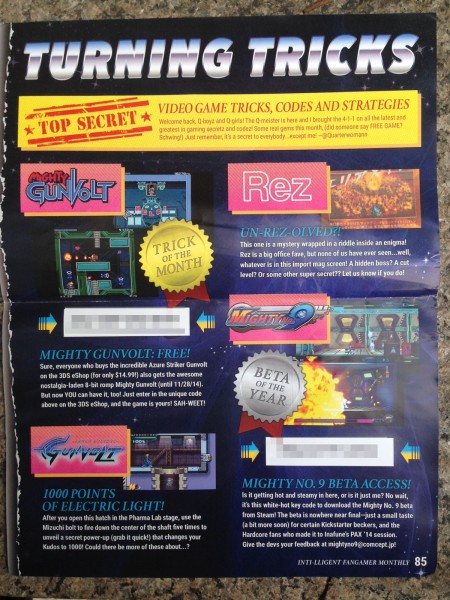 Another announcement was made at the panel as well. Everyone who backed the game on Kickstarter will receive a copy of Mighty Gunvolt for free. Those who attended the panel received a code for Mighty Gunvolt, as well as the beta code.
The beta will contain one level at first. In the weeks to come two more levels will be added to the Mighty No. 9 beta. Comcept, the studio working on Mighty No. 9, released some new gameplay footage.

Last year at PAX 2013, Inafune announced the Mighty No. 9 project and Kickstater. Within two days the Kickstarter reached it's goal.When the Kickstarter ended the project had received nearly $4 million from over 67,000 backers.
Mighty No. 9 will be available on PC, Linux, Mac, PS4, Ps3, Xbox 360, Xbox One, WiiU, Vita and 3DS.