Although Mark Millar has been incredibly candid about his upcoming project with Duncan Fegredo, titled MPH, in that it is the start of his very own universe of interconnected comics – it seems that he has now upped the ante, as they say. Not only will MPH lead into a new wave of shared universe Millarworld books, but will also be the signal call to connect all past Millar works as well. This has not been a unique idea of his, as he tried at least ten years before with making a shared universe out of The Unfunnies, Wanted, and American Jesus – but this is something on a whole other, much riskier, level.

This would mean the integration of several widely differing mythologies into one streamlined and feasible form. This would mean that the Superman pastiche Superior, the Ocean’s 11 homage SuperCrooks, the hardline realistic Kick-Ass, and much more would all be part of some grand scheme. Millar says that this is a plan that will take some years to fully pan out – but even now it is one that seems like an incredible feat. Already the seeds will be planted in some key areas – for instance the finale of the Kick-Ass franchise will lead directly into MPH, a leap that would intimidate Superman. Other than that Millar has also proclaimed the lead character of SuperCrooks, Johnny Bolt, will be making an appearance within Jupiter’s Legacy, and that the female lead of that series has serious ties to the main characters of Legacy. 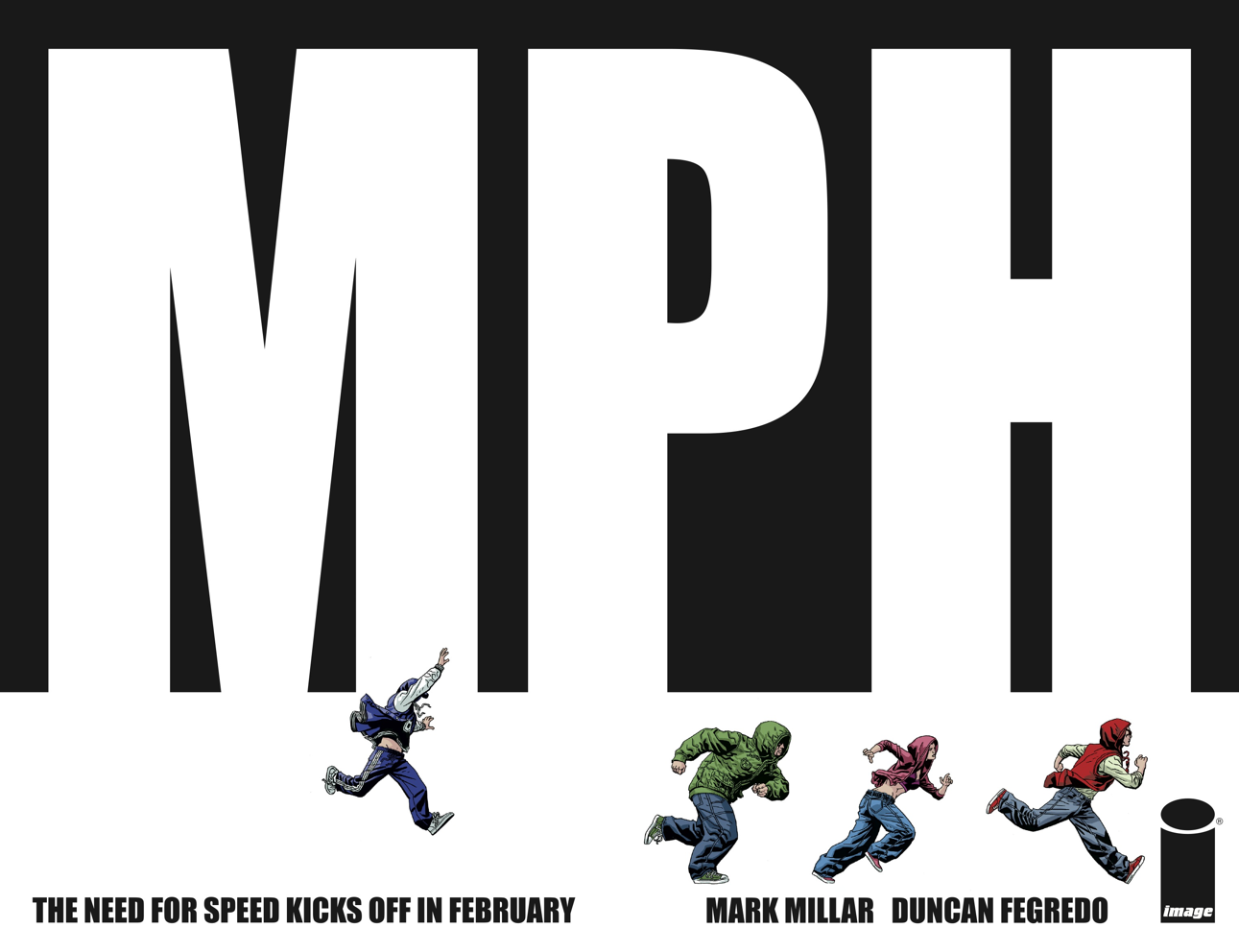 Already fans have gone into a furor over making coherent time lines taking into account stray bits of dialogue to whole plot lines. As usual with Millar – he’s a master hype man.  MPH is set for release on February 2014, if there are any updates on this topic we will keep you informed as they roll in.