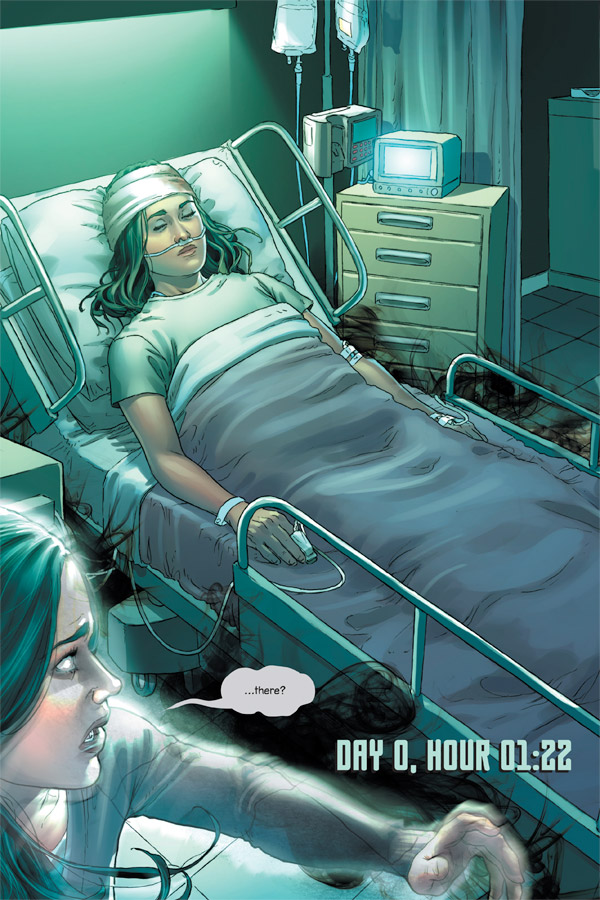 Mind the Gap is Image’s new psychological thriller that is supposed to put you on the edge of your seat. I was pretty excited for this issue to come out because I love thrillers and the mystery that they have in their stories.

The cover for this issue was great. The artwork was amazing and the coloring fit so well with the art style. It looked very different from a lot of covers that I have seen in the past. I think this is going to pull a lot of readers toward the title.

In this issue a girl named Elle goes to the subway and before she knows it she ends up in a coma, but no one knows how this happened. Now all her friends try to it figure out. But her friends are not the only ones on the case because as Elle is in her coma she tries to remember what happened with the help of Bobby, her guide in her own mind.

As I said earlier this is a thriller comic book series. That means the story is supposed to put you on the edge of your seat. This series didn’t do that for me. The whole enjoyment of a thriller is not knowing what happens next. There is suppose to be mystery, but there was not a big enough mystery for me to want to read more of this series after issue 1. There may be more mystery as the series continues, but they should have established it in the first issue. People may not give the second issue a chance if they didn't feel they had enough questions in the first issue to want to learn more in issue 2.

Another thing I was very disappointed with was the character development in this issue. This is an element that should be seen in every thriller. If a character does something people don’t expect, then they are going to be shocked.  This is the whole point of a thriller. I didn’t feel a connection with these characters and only knew two of their names. In the first issue we should feel a connection to these characters, and I was disappointed that we didn’t. 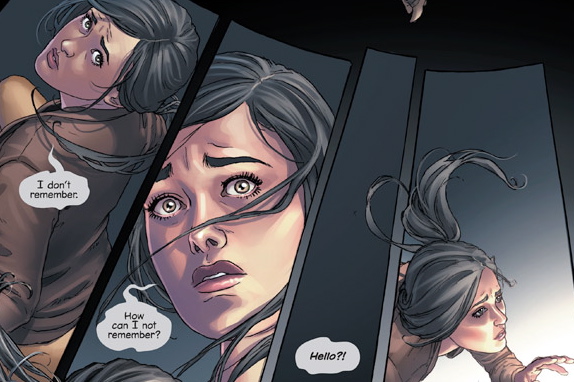 The concept of traveling the mind of a coma patient was interesting, but I thought they should have consentrated on that part of the story a little more than they did in this issue. That is the part of the story that is unique to the series.

The only character I liked in this issue was Bobby. His personality fit very well to be a guide for Elle, and now at least she is not alone. I hope in the end they end up becoming good friends and I can’t wait to see that friendship grow in future issues.

The best part of this issue was the art. It reminds me of the cover art for Morning Glories except it is on every page for the interior art. I really enjoyed it and I hope they stick with this art for the rest of the series. The art made Elle’s mind seem like a completely different world. It shows how creative the artist is for the series.

Even though I loved the art for this issue, the main goal of a thriller was not met. Maybe as more issues come out the story will build up into more of a thriller, but I don’t know if people will give this series a chance after issue 1. My verdict is don’t pick this issue up.