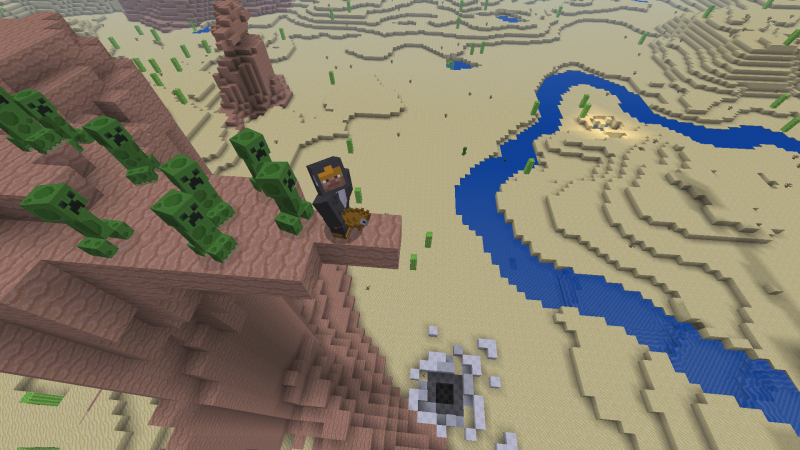 Minecraft: Xbox One Edition will have worlds 36 times larger than the Xbox 360 Edition. Players will be able to transfer their Xbox 360 worlds to the Xbox One Edition. Microsoft also announced that later this year retailers will be selling a physical copy of the game.
Daniel Kaplan, Mojang, announced on Twitter today that PS4 owners might be able to play the game later today. He explained they were taking care of a few last minute things and that they hoped to have the game on PS4 today in both the Americas and Europe.


We're working out some last minute things with Sony and hopefully later today you will be playing Minecraft PS4 on your ...PS4! :) — Daniel Kaplan (@Kappische) September 3, 2014


No exact time was given for the possible PS4 release today, so we will have to wait and see if the game will find its way onto the PlayStation Store later today. No word on the Vita Edition.  Minecraft is currently available on PC, MAC, PS3, Xbox 360 , Android and iOS.
UPDATE - The Playstation Blog confirms that Minecraft for the PS4 will be launching tomorrow on the Playstation Store for $19.99. Also just like the Xbox 360 to Xbox One upgrade, upgrading from the PS4 version will cost $4.99.
[Source: Xbox Wire]