Spring Training may be in full swing, but you can jump right into games that matter as MLB 11 The Show is here! How does it stack up to previous iterations of what has become the premiere baseball franchise on the market though?

Quite simply, this is the biggest and best version of The Show yet. It’s hard to one-up yourself every year with a sports franchise, but even if all of them don’t quite work as well as Sony’s San Diego studio would like, it’ll give them something to work on perfecting then for next year.

The first thing you’ll notice is that the crystal clear look of the game has gotten only better. As hard to believe as that is, there is a huge new difference as the jumbotrons of each stadium have been redone and made stadium accurate to help give your favorite team that little extra home field advantage and just adds to the overall ambiance of going to a ballgame. Include many returning and upgraded features like dynamic weather that can affect the outcome of a game and the look of MLB 11: The Show is as strong as ever. 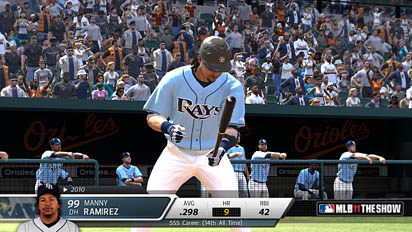 The biggest changes to the game though come with the actual gameplay. The first is the highly touted new “Pure Analog” control system. As someone who played baseball growing up, I know how many moving parts there are to make the proper baseball swing or the perfect pitching motion and to help give you that sense of realism, Sony has added the use of the second control stick to help give you that feel of all those moving parts.

Unfortunately, if you actually just want to jump in and play a real quick game, then you’ll have to turn the Pure Analog system off because this is something that is gong to take some time to master and is really only for those who are going to devote a lot of time to The Show. There should be a warning put on the Pure Analog system: “Casual players be warned! Avoid at all costs!”  The pitching’s accuracy is very touch to gauge and I threw more balls away in three innings in the field than I did in an entire season last year. And nevermind trying to hit the swing button at the same time as directing what zone you want to swing the bat through while also trying to follow through with the right stick.

Fortunately, these are still just options and if you don’t have the patience, time, or talent to master them, you can always just turn them off and switch to more classic styles.

The other big feature is the upgrades done to “Road to the Show”.  New logic upgrades to the Minor League substitution system, stats comparison to competition within the organization, new training modes triggered by the Player Performance Evaluator, and a brand new interactive slider system for the Create a Player process to kick things off. If you thought moving through the minor leagues was real before, then you’re jaw might hit the floor as the only thing missing from this year’s Road to the Show is the feeling of your ass being stuck to those cheap leather bus seats as you move from game to game.

The multiplayer and replay ability for the game has gotten a facelift as well. For the first time I can ever think of, there is a co-op multiplayer mode instituted in a baseball game. You a buddy can go against a computer or you and a buddy can go against two other friends as you alternate at-bats in the lineup and take turns pitching and playing the field. Although it can get a little boring on defense if your buddy is setting guys down 1-2-3 every time he pitches, it was still an interesting experiment that helps give you that real baseball feel, minus the swatting of gnats while you stand around in centerfield. 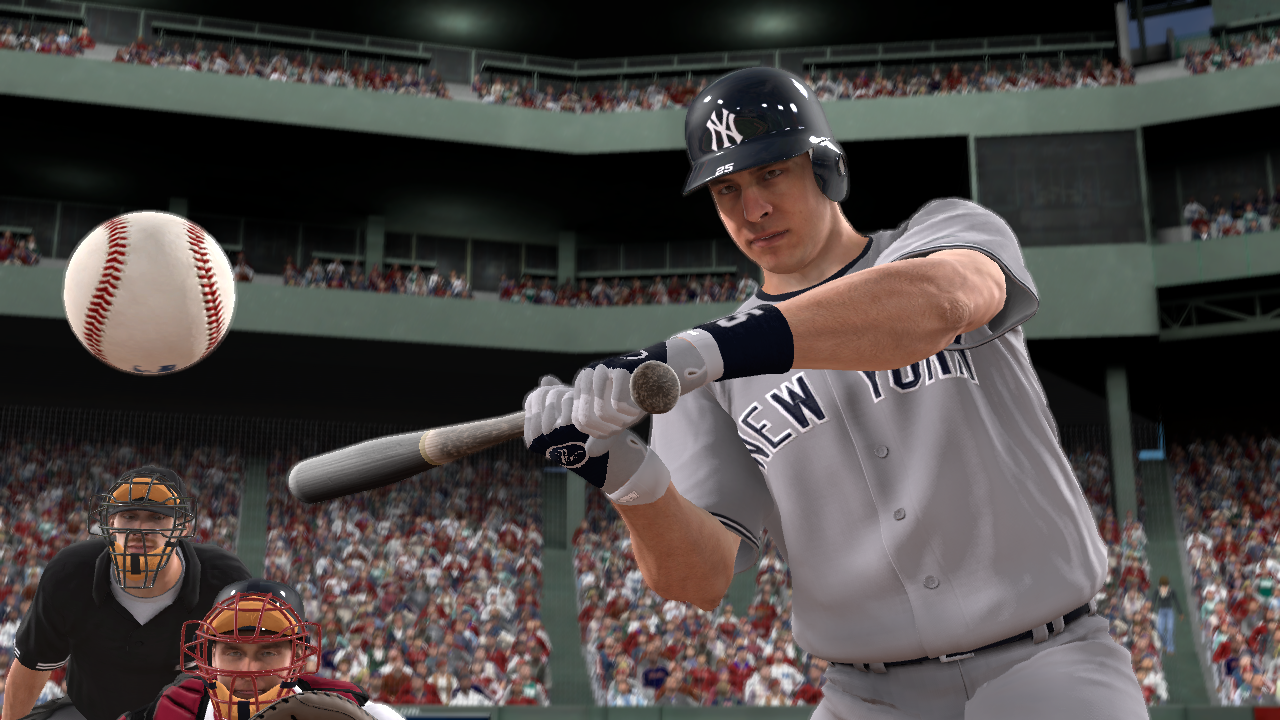 There is also a new online mode called “Challenge of the Week” where players can be given opportunities to mimic real-life events or some crazy ones dreamed up by the developers to earn some sweet baseball swag. Only the best of the best though will come away with things like autographed baseballs and the like from real major leaguers.

The only downpoint I’d say I saw with this year’s version of The Show was the audio. The music playlist is outdated to say the least and I can’t stand Matt Vasgersian on play-by-play. He just sounds unnatural to begin with and it comes through on his calls in the video game. Dave “Soup” Campbell and Eric Karros do great job on color commentary though and I’m really grasping at straws when the play-by-play man is the weakest part of a sports game.

Despite this minor complaint, The Show really shines through in every important category you’re looking for in a baseball game. The Pure Analog system lacks up the pick up and playability you’d prefer to see, but since it is a changeable option, I really can’t hold it against The Show as I’m sure there are a lot of people out there who will take the time to learn it. MLB 11: The Show is still the best baseball game out there and is your only realistic option if you’re looking for a baseball game this year and own a PS3.