Good news everyone! Mojang Specifications (The developers of Minecraft) have won the interim injunction against Bethesda Softworks (The developers of The Elder Scrolls Games) over the use of the trademark “Scrolls”. This means that they will be able to continue using the name “Scrolls” for their upcoming card strategy game throughout the duration of the trial. 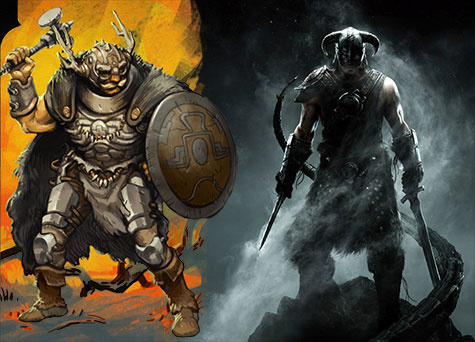 This is important as it allows Mojang to continue actively working on Scrolls through the course of the legal proceedings, which could drag on for quite a while. While it is by no means the end of the legal battle between Mojang and Bethesda, it is a good first step for Mojang. It will be very interesting to see things continue in Mojangs favor. Mojang has stated that they aim to continue using the name Scrolls even if they have to pay Bethesda royalties.

For those who somehow missed it, late last month Bethesda Softworks launched a lawsuit against Mojang claiming that Scrolls infringes on their trademark on The Elder Scrolls.

Scrolls(A fantasy card battling game) is quite a different game to The Elder Scrolls V: Skyrim(A sprawling fantasy RPG) and is currently in development, you can sign up for the Alpha via their website.