By: Justin Moody | Comic News | February 4, 2011
The Dark Knight of Marvel Comics is returning! Not only returning to more blood and brutal, but with his own series. Marvel Comics has released news on Moon Knight getting a brand new series again and the team that will be working on the series will get the core essence of Moon Knight. So what does that mean for Moon Knight fans? Get ready to see Moon Knight back and better than ever!

Okay, so Moon Knight hasn’t been gone in some alternate universe or something like that. He has just been away from his series for a while. He’s on Commander Steve Rogers’ Secret Avengers – who do covert stuff and stop secret invasions from happening. Brian Michael Bendis will write the new Moon Knight series and artwork will be done by Alex Maleev. The series is slated to come out in May. 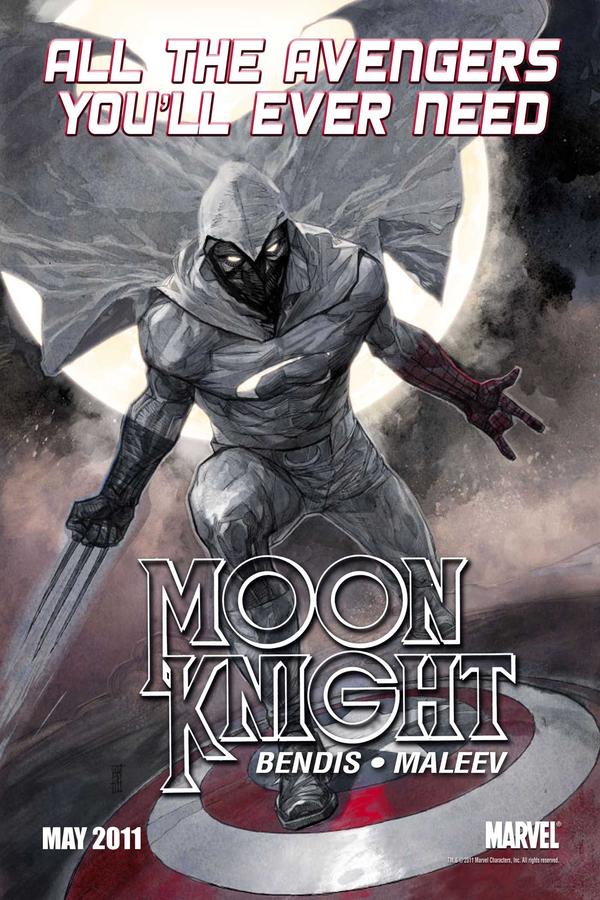 I’ll say it now; Moon Knight is one of my favorite characters. The word “favorite” I use very often, so enjoy it while you can. So do you want to see Moon Knight, frequently, teaming up with the Secret Avengers? Or do you want Moon Knight to go back being solo and kick bad guy butt?