By: Justin Moody | Comic News | September 23, 2010
Today we received Moonstone Books January solicitations which seems to be a very solid line up. It impresses me who many books the publisher releases each month. Honey West continues her journey with another issue, The Spider begins his journey while the Green Hornet makes a guest appearance in the winter special of Captain Action. The all Canadian team continues with Northern Guard and finally the Black Bat mixes it up with it's pulp goodness.

For the first time ever…since his beginnings in 1933, pre-dating Superman and Batman, The Spider now has his own ongoing straight-up comic book series!

The most relentless destroyer of the guilty the world has ever seen is back in all of his “bloody pulp” action!  Even the Punisher can’t hold a candle to the body count The Spider racks up!

There was no escape for Nita Van Sloan, abducted by a horde of inhuman monstrosities, doomed to become the victim of a diabolical experiment.  The Spider, Master of Men, strikes back with a vengeance, fighting alone against the brutally brilliant creator of the Frankenstein Legion, in a desperate race against time to save the only woman who shares his darkest secrets!

And then, double-shot action with Operator 5 by (Vertigo’s) Gary Phillips 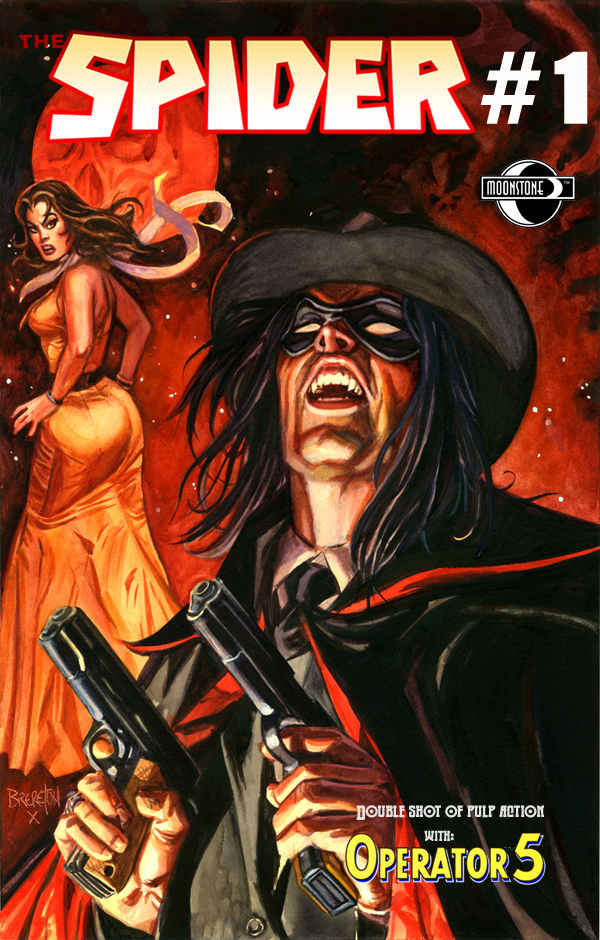 It may be winter, but the action’s blazing hot in this Winter Special featuring the spy-heroes of the A.C.T.I.O.N. Directorate!

For the first time ever, the Green Hornet teams up with Captain Action in a sizzling sixties showdown! Get your buzz on as for this prose adventure featuring these two icons!

PLUS:  the Original Captain Action must confront a beautiful French Spy, a Communist Yeti and a 3,000 foot drop! And strap on your skis for another escapade with the world’s second favorite British Agent, Lady Action in this fun-filled, pun filled romp by Tony Lee.  You know cats don’t like the water, but they really hate the snow! Find out why in another ferocious adventure starring Action Boy’s pet panther, Khem! 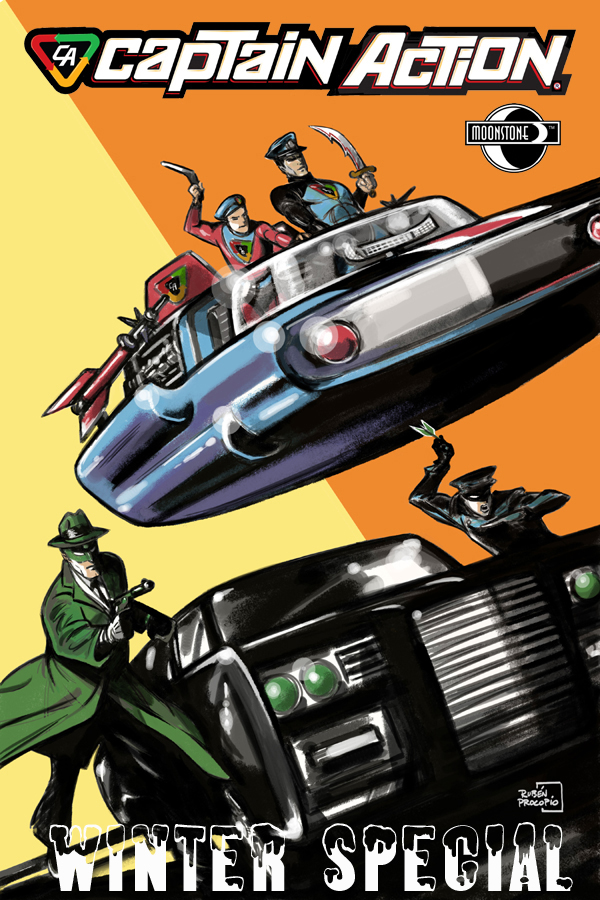 The ALL NEW adventures of the first female private eye continue!

Join Vertigo’s (“Vamps”) writer Elaine Lee as Honey goes undercover on the set of low-budget sci-fi film Amazons of Mars to investigate the mysterious death of Zu Zu Varga, queen of the B-movies. It looks like murder, but who had motive? Was it the scheming ingénue, the down-on-his luck director, the jealous agent, or the ageing teen heartthrob? Robots, aliens and murder in 1960s CA! 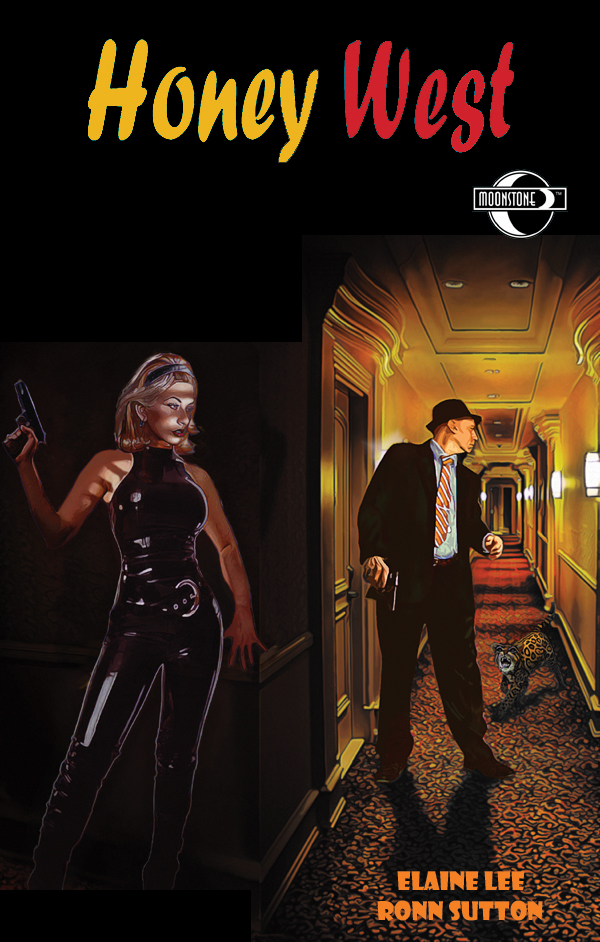 The Spider: “Burning Lead for the Walking Dead” GN

And now, representing…
Eisner winner Mark Wheatley brings us a plague of blood crazed zombies that are spreading across the city. Only the swift cold justice of THE SPIDER stands between the remnants of humanity and the hoards of the Cannibal Queen. Can even THE SPIDER have enough
BURNING LEAD FOR THE WALKING DEAD?
Expanded, up-dated and includes unseen art and information
from the vaults of THE SPIDER! 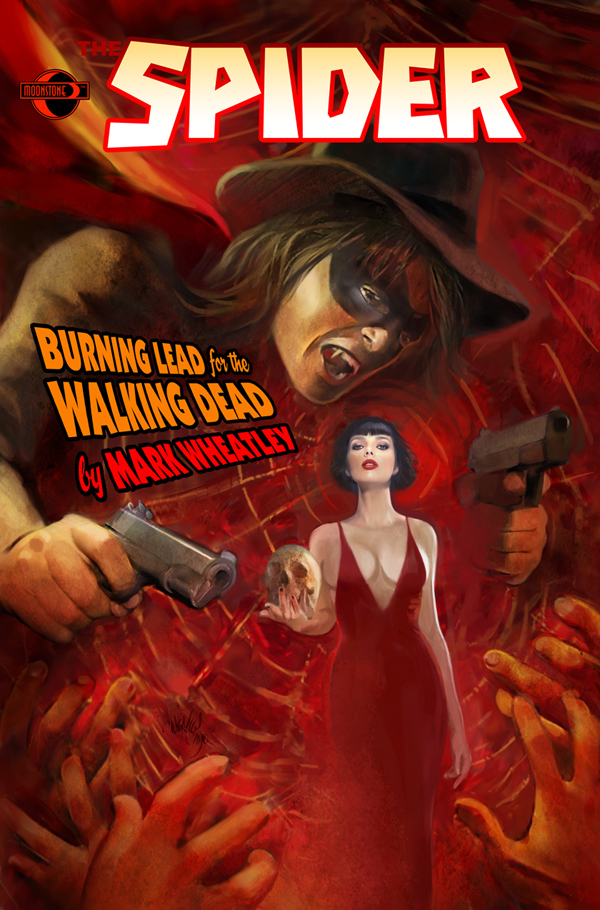 There was a group of colorful heroes up in the frozen North of Canada. But these characters have never seen print in the United States.  Until now.

Dwindling resources have led the world to the brink of war.  A device is set off that was meant to disarm all the radioactive material on Earth, but instead it plunges most of the planet into a permanent blackout.  A new, electricity-free Dark Age, from which there seems to be no escape.
All except for a one long stretch of North America -- a  hundred miles wide and three thousand miles long -- through Alaska, across Canada, and down to Detroit through to New York City. 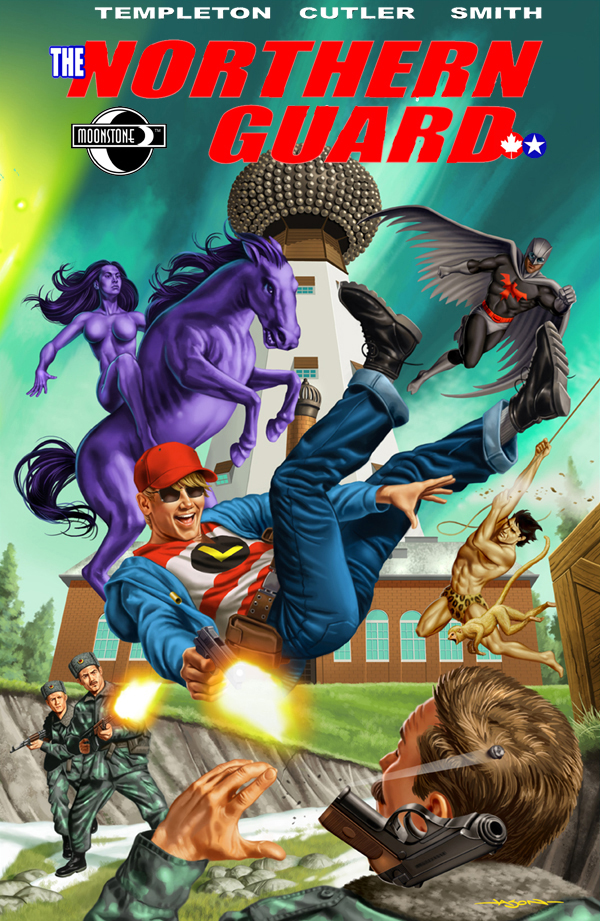 The man without a face, without a name, and without a home, is the USA’s ultimate spy machine.  He can do it all…fast, efficient, and without remorse.  He is a master disguise maker, and a master engineer of gadgets ahead of their time.  He can be anybody, anywhere…you will never see him coming.  Plus: The Green Lama! 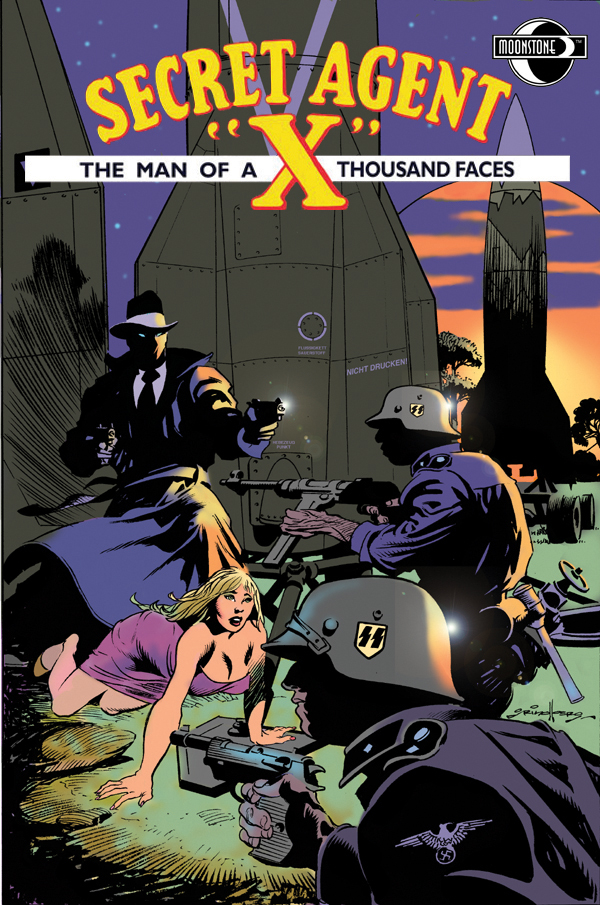 Two heroes are on a collision course with a psychotic army of killers as the lives of the city’s street population hangs in the balance. The criminal mastermind is revealed but Black Bat and Death Angel may not live to tell about it.

Don’t miss the thrilling conclusion of Black Death, same black time, same death channel! Before the caped crusader patrolled the streets, before horn head prowled the back alleys, the original dark avenger hunted evil men. The Black Bat is back and hell’s coming with him! 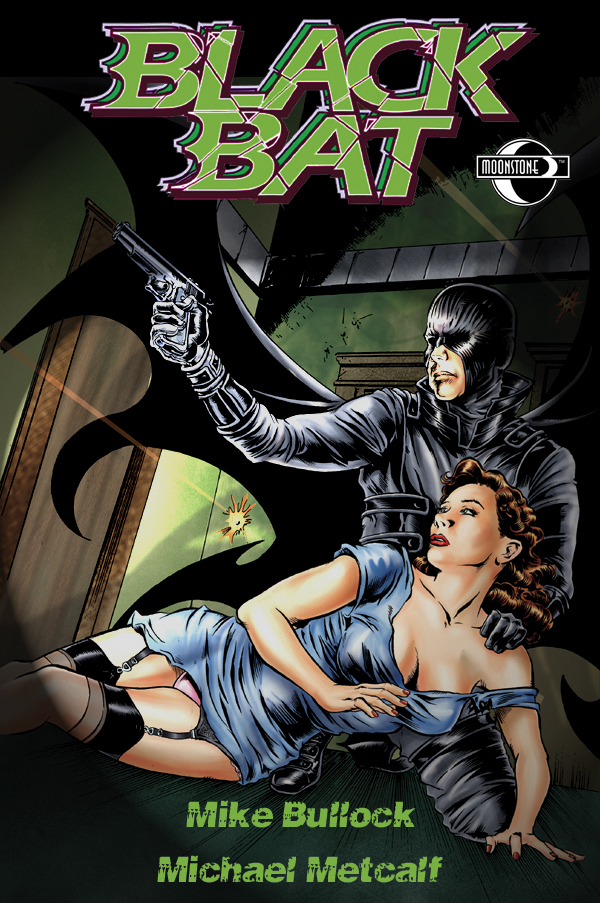 If you see something you're interested in be sure to pre-order it from your local comic retailer.