By: Steven Chaitman | Movie News | August 28, 2012
Excitement is starting to build for Warner Bros.' upcoming animated Lego movie from 21 Jump Street directors Phil Lord and Chris Miller. Two new voices have been added to the cast including the most sought-after pipes in show business — Morgan Freeman's.

The movie is a long way away from making it to the big screen (it is scheduled for February 28, 2014), but Freeman and Elizabeth Banks are the latest stars to join the voice-acting ensemble for the film. Parks and Recreation star Chris Pratt will voice the main character while Will Arnett and Channing Tatum have been rumored/attached to voice Lego Batman and Superman, respectively. 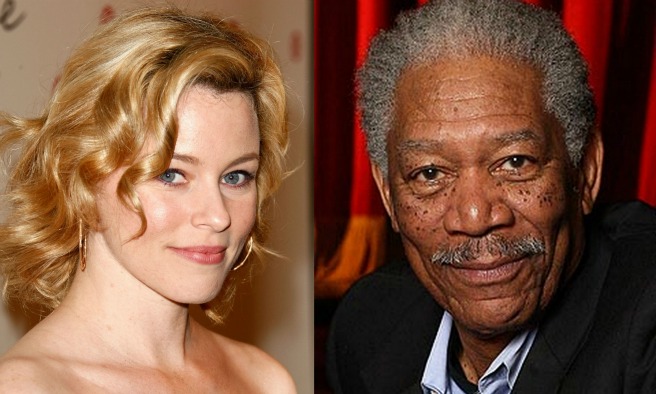 No significant details about Banks and Freemans' characters has been revealed, but Deadline reports Freeman will voice a character named Vitruvius.

The movie, which has been referred to as Lego, Lego: The Movie, Lego 3D and Lego: The Piece of Resistance, centers on a Lego minifig (Pratt) who's mistaken for a MasterBuilder and embarks on a quest to stop an evil Lego tryant from gluing the world together. Vitruvius sounds like a tyrant's name, so perhaps we'll be treated to a sinister turn from the Academy Award winner and consummate narrator.