By: Justin Moody | Comic News | September 21, 2010
MORNING GLORIES #1 has done it a third time, with another distribution level sellout, and to meet continued demand, it's going back to press for a fourth and final printing! This new printing will feature an all-new cover by interior artist Joe Eisma.

MORNING GLORIES is written by Nick Spencer, the burgeoning creative mastermind behind FORGETLESS, EXISTENCE 2.0 and 3.0, and SHUDDERTOWN. Eisma pencils and inks the series, and Rodin Esquejo provides the gorgeous covers.

Shadowline Publisher and Image partner Jim Valentino exclaims, "We are completely blown away and eternally grateful to the fans and retailers who have made this the biggest hit in Shadowline history!"

MORNING GLORIES: Morning Glory Academy is one of the most prestigious prep schools in the country. But behind its hallowed doors, something sinister and deadly lurks. When six brilliant but troubled new students arrive, they find themselves trapped and desperately seeking answers in a place where nothing is what it seems to be! 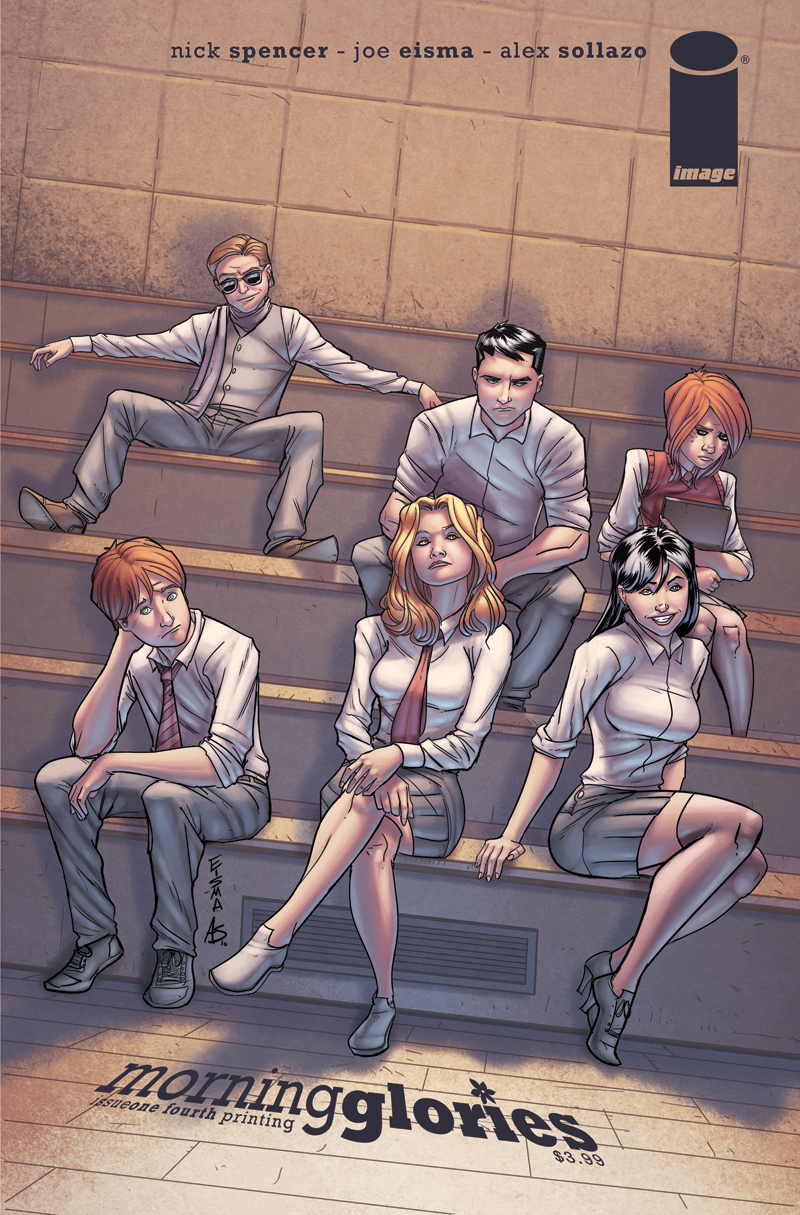 I finally got a copy of this book! Sure I had to pay way to much for it on ebay, but now I own a first print of a book that for some reason Image can't print enough of.