Before I even read this issue I was pretty excited to pick this issue up. I had a feeling with this issue we might get answers to a lot of questions that has appeared in this series through out the sixteen issues so far. This is one of my favorite series and I have been really loving the mystery that this series has. It makes me always excited to pick up the next issue.

Like I said I was really excited to read this issue even before I started reading the first page. One of the reasons I was excited was because of the cover. The cover made me excited, and I always think that is very important for a comic book cover. I was excited to get to see Casey’s story progress since we have not seen her since issue 13. The art for the cover, as always, was also great. It is very simple, but still so life like. That is one thing that I really love about every Morning Glories cover.

In this issue we get to see Casey visit her past as her present self. Her father has captured Casey, and the military tries to interrogate Casey to see why she was near the military base. Casey tries to explain to her father that she is from the future, but her father does not believe her. In the end she learns from Mrs. Hobes that she is able to control people with just telling them what she wants. That is the way Casey is able to escape from her father’s military base. 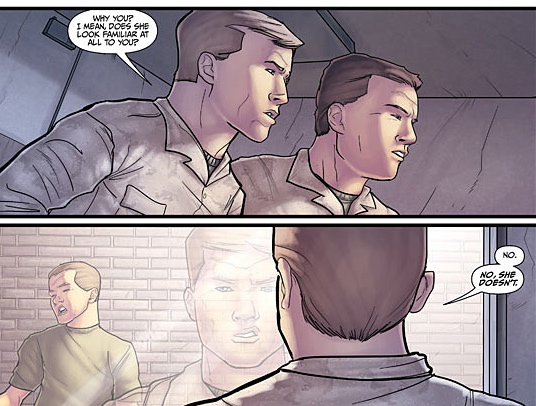 Reading this issue I think it is safe to say that I think that this issue can be a key issue for the progression of solving this mystery. We see that Casey is in her own past and this may be the only way to save her parents from dieing and try to save her friends from Morning Glories Academy. She may not even be coming back to the present for a while, which can be a good or bad thing it just depends on how Nick Spencer handles it. We also find out in this issue that Casey is able to control people by just telling them what she wants. We see that Ms. Hobes can also do this. Is this a power special to them?  Can they only do this because they are in the past? Do they have any other powers? I can’t wait until we get some answers to these questions.

In this issue we also get to see a lot of Casey with her father in the present and before she went to Morning Glories Academy. Her parents did not want Casey to go to Morning Glories Academy because they wanted her to stay home. But they noticed that sometimes Casey has to make her own decisions. They felt like this had to be one of them. When Casey meets her father in the past she finally is able to convince her father that she is his daughter from the future. After Casey convinces her father that she is his daughter he makes him forget that they ever saw each other. Casey thought it would be for the better. We notice that when her father dropped Casey to the airport he remembers what he should of forgotten years ago. He saw Casey wearing a Morning Glories Academy shirt. I think this will play a big part in future issues. This is not the last time we have seen Casey’s parents. I think her parents will play a big part in her character’s story. 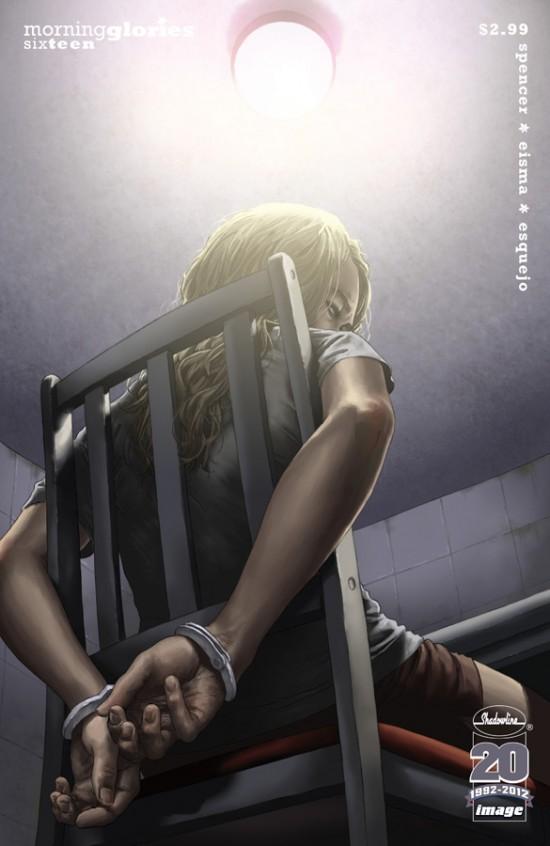 I was very happy to finally get to see Casey’s story progress. It was worth the wait though. The only thing that I thought was confusing from this issue that make other issues confusing is that Casey has stayed in the past. How is she going to go back to the present? Will it get confusing going back and forth with the past and the future? I just hope that the series can handle all the time differences because even some of the best series cannot handle time travel. But I think in this issue the time differences flowed well.

Pick this issue up. It is a great issue to add for this series and mystery. We might even gotten some hints for why these students are so special form Morning Glories Academy. If you are not following this series yet I recommend you to pick it up. Trust me you will not be able to put the issue down.