"A film that needs a complete overhaul"
By: Russ Matthews | Movie Reviews | December 10, 2018
The perplexing aspect of reviewing a film like Mortal Engines is trying to get the premise of Philip Reeve’s novels into something readers can get their minds around. His popular book series builds a post-apocalyptic world that has been devastated by the “Sixty Minute War” and the subsequent development of traction cities that are used to travel around the world to find resources. Huge machines that traverse the countryside to hunt down other cities and scavenge from their engines, inhabitants and to search for ‘old tech’ the travellers have in their possession which can be developed into powerful weaponry. 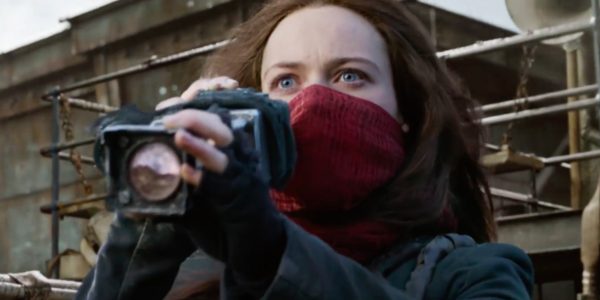 Hester (Hera Hilmar) is a mysterious, masked stranger who manages to find her way from the wastelands to the largest traction city, London. She desires to find and kill Thaddeus Valentine (Hugo Weaving) who is the lead engineer of the massive land vessel and happens to be her mother’s murderer. Once on board, she manages to find her target and gets close to fulfilling her mission when a young historian named Tom (Robert Sheehan) thwarts her actions. As Hester attempts to escape the authorities, she and Tom end up getting pushed out of the city and left behind in the tracks.
The unlikely pair must work together to get back to London before Valentine manages to achieve his goal of developing a super weapon that will allow him to attack and bring down the wall to the eastern civilisation. With the help of the ‘anti-tractionist’ Anna Fang (Jihae) and her aeronautical force, Tom and Hester work to find the answers to stopping the clash of the new world powers while staying ahead of the vigilante who has tracked Hester from the wastelands, Shrike (Stephen Lang). 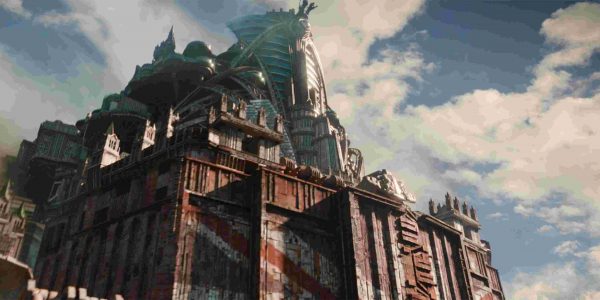 For all who were able to follow the progression of the basics of this cyberpunk storyline, this might be the right consideration this weekend. To all of the others who struggle to follow the logic and direction of this convoluted tale, you are not alone. Director Christian Rivers, who was on the team who brought about the Hobbit trilogy and were blamed for trying to stretch a novella into a weak trilogy has now achieved the opposite. He has attempted to force so much content into one film that the amazing visual effects cannot make up for this travesty. Reminiscent of the traction cities, Mortal Engines leaves an utter mess in its wake.
Between the cringe-worthy dialogue, the inexplicable plot jumps and the lack of any character development, the structure of the film has no foundation to build upon and falls in on itself. The novels may have done more to develop this dystopian world and allowed for empathy to be established for the central characters, but it is not delivered on the big screen. The performances become unintentionally comical after awhile and not due to any lack of effort from the actors, but because of the appalling dialogue. If the screenwriters were going for more of a camp style of writing, they should have committed to this format throughout the film. 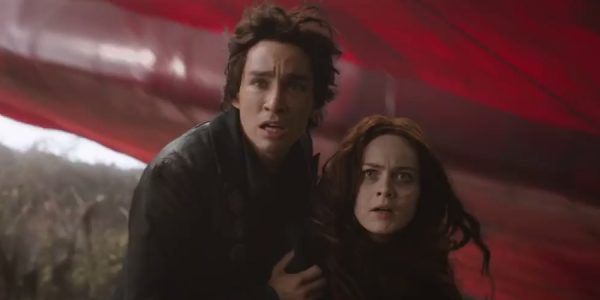 For fans of the film's producer and co-writer, Peter Jackson (The Lord of the Rings trilogy), it is easy to see his influence on the size and scope of the original material. The attention to detail within the visuals should be acknowledged and celebrated, but they cannot make up for the poorly executed story. Even though there is enough content for future projects, if Mortal Engines does manage to become a series, it needs to be taken into the shop and given an overhaul before being driven on the cinematic highway.
Rating
2.5
Pros