Move vs. Kinect: The Fight for Relevance

It's an odd time for motion controls. The market leaders in motion-controlled gaming (Nintendo) are doing their best to move away from the business that has brought them so much success in the last couple of years. They would seem to recognize based on what most people have (apart from Sony and Microsoft), that motion controls are done. The Wii fad swept the industry and became somewhat of a pop culture icon; however, sales of Nintendo's system have fallen dramatically in the last year and it would seem as though the market at large has become exhausted with motion controls. As Nintendo moves one direction and tries to capture the attention of the world once again with its new system, the Wii U, Sony and Microsoft are beating a dead horse with their individual pushes to keep motion controls relevant.

Kinect is the obvious winner over the Move because it can differentiate itself from the Wii. The lack of any controller is the most interesting aspect of Kinect and it is unlike anything else. It sold well based on the intrigue it created. Ten million people own a Kinect and none of them have anything worthwhile to play on it. At this year's E3, Microsoft did their best to change this with Kinect being integrated in games that can appeal to a more hardcore audience and the casual. Tiger Woods, Madden and FIFA have Kinect support. Depending on how well it is implemented, this could be a big success for Kinect as all three games have solid sales numbers, especially FIFA which continues to grow year after year. Mass Effect 3 and Ghost Recon: Future Soldier will support Kinect, but what has been shown of its integration in either game seems inconsequential, and the audiences that these games are aimed at would undoubtedly prefer to press a button rather than talk to their TV – to either select dialogue or to actually have to put the controller down to engage in the Kinect support as in Ghost Recon's case. 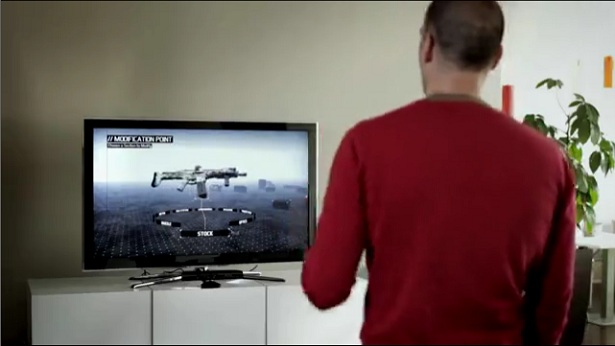 While these games could help Kinect garner some acclaim, on-rails motion titles most certainly will not. Fable: The Journey and Star Wars for Kinect received a decent amount of attention at Microsoft's press conference, and Ryse, a new first party game from Microsoft, was revealed. Microsoft obviously believes that they can sell, but truthfully, on-rails action games could not be more boring in this day and age. It does not appeal to the hardcore player.

While Microsoft has its motion system in many homes already, Sony is struggling to portray the Move as something individual, and not just a Wii knock-off. It is a difficult task. Although the Move is more precise than the Wii, and despite the fact that it is probably the best of any of the motion controls, it will never sell. It brings nothing new to the table and increased precision is not enough to convince the massive number of Wii owners, who are already growing tired of the experience Nintendo provides, to splash out for a PS3 and a Move for essentially the same thing in most people's eyes.

The PS3's main audience are core players; it's not a system that really appeals to a casual player. It will be very interesting to see how a core title like BioShock Infinite will cater to the Move as it has already been stated that it would not affect the standard game controls. Resistance 3 is getting a big move push and is being bundled with a Move Controller and the Sharp Shooter peripheral. SOCOM 4 received a similar bundle and its use of the Sharp Shooter was generally praised as more than competent but never a replacement for an actual controller. I would expect Resistance 3 to meet a similar critique and the bundle to be mostly avoided by the core audience Sony seems to anticipate will purchase it. 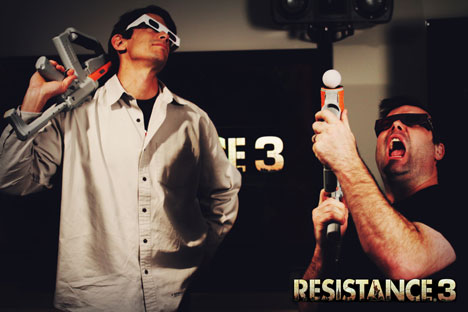 It is a transitional period for motion-based gaming. Sony is dead in the water in terms of mass market reach. No one really cares about the Move and it would be best for them to try and salvage their interests in 3D before that becomes irrelevant too. Microsoft has a chance to instate Kinect as the new motion standard. It has the sales numbers, and it just needs software to cement it as a success in the short term. In the long term, the motion control mania has passed and Kinect simply cannot be the massive success Microsoft would have hoped it could be upon its launch but it can still have some relevance in the industry.