Movies that Changed the Course of History, Literally

By: Kieran Freemantle | Movie Features | June 21, 2012
History and cinema have paired up to give us unquestionable classics, but on some occasions they make strange bedfellows and one butchers the other. The upcoming release of Abraham Lincoln: Vampire Hunter is taking "butchering history" to a new extreme by showing the 16th President of the United States fighting creatures of the night with an axe. With that in mind, we take a look at some movies that used fictionalized versions of historical events or alternative timelines. 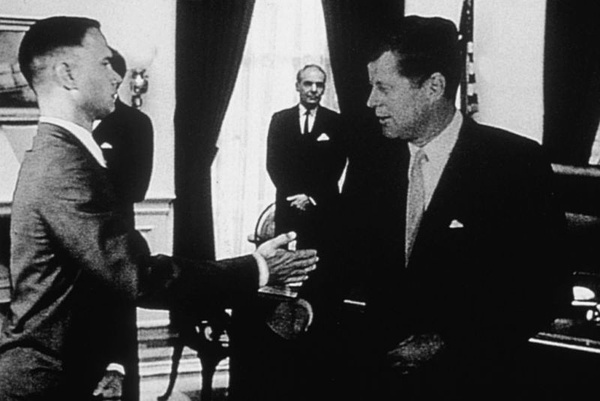 Robert Zemeckis’ Oscar-winning drama Forrest Gump sees how one lovely but dense man played Tom Hanks somehow got involved in many important events in American history. On Forrest’s journey he finds his way, witnessing Governor George Wallace's infamous Stand in the Schoolhouse Door while at the University of Alabama, fighting in Vietnam and being awarded the Medal of Honor, participating in Anti-Vietnam War protests, competing against China in a goodwill table tennis tournament and accidentally uncovering the Watergate Scandal. Zemeckis even employed Industrial Light & Magic to physically rewrite history so Forrest could meet presidents Kennedy, Johnson and Nixon. Transformers: Dark of the Moon

Michael Bay's “Transformers” series has used plenty of historical events to boost the mythology of the franchise, but it was Transformers: Dark of the Moon that went the whole hog, using the 1969 lunar landing as a major part of the movie’s narrative, suggesting America beat the Soviets in what was a quest to find a crashed Autobot ship. They bring back alien technology, with included a reactor that caused the Chernobyl meltdown. You get two events for the price of one with Mr. Bay.

Inglourious Basterds is a highly entertaining war movie from the great Quentin Tarantino, one that could be argued as a satire of Hollywood war movies because of the nature of rewriting history. Inglourious Basterds tells of a group of mostly Jewish soldiers sent to Nazi-occupied France to kill Nazis. Their goal is to get the big prize — killing Hitler —  a task at which they shocking succeed, riddling him with bullets in a Parisian movie theater in 1944. 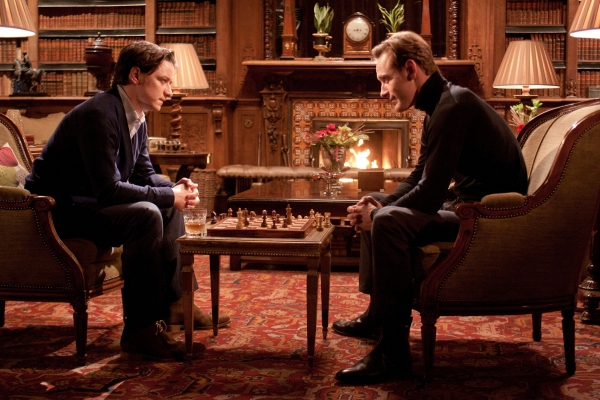 X-Men has it owns rich history in comic books, one that has often tapped into historical and competency issues. In Matthew Vaughn’s prequel to the popular franchise, he looks into Magneto’s past as a Holocaust survivor and Nazi hunter and very cleverly incorporates The Cuban Missile Crisis as Sebastian Shaw manipulates the USA and Soviet Union towards nuclear war. It was really well-written, with tasty factual nuggets; as such, Vaughn has hinted at using the Kennedy Assassination in the eagerly anticipated sequel.

Based on Alan Moore’s critically acclaimed graphic novel, Watchmen was loyally adapted by Zack Snyder as the story deconstructs the superhero in a very realistic manner for the '80s. Watchmen completely rewrites history from 1940 to 1985, taking place in a world where superheroes are considered part of the problem in society in creating their own justice and have been banned. One with the power of a god, Dr. Manhattan can even alter the course of America and the Cold War. Dr. Manhattan is able to supply the West with clean, unlimited energy, and able to stop the majority of Soviet nukes. He won the Vietnam war single-handedly, which results in Richard Nixon becoming a four-term president. It all goes belly up when Dr. Manhattan leaves Earth, allowing the Soviets to invade Pakistan and plunging the World toward nuclear war. Not all movies about alternative history are blockbusters — they are sometimes used to tell a dark reality. That is the case of Never Let Me Go, an adaptation of Kazuo Ishiguro’s award-winning novel. Set in an dark alternative past of Britain, this dyspotic story tells how people are bred and educated to supply organs for the severely ill in what is considered a very sad and depressing sci-fi movie and a dark examination of humanity and institutionalization.