Murder is Afoot in March With Kill Shakespeare

By: | Comic News | February 28, 2011
The critically-acclaimed comic published by IDW, which places some of the Bard's greatest characters together in the same story, is releasing its 9th issue this week and its 10th – featuring the death of one of the bard's greatest creations – will be published April 20 (to commemorate the anniversary of Shakespeare's own death and birth).

"With the murder of Julius Caesar famously taking place on the Ides of March we thought it only fitting that we too conspire to kill a legend. We think Shakespeare would approve. After all, he may be the greatest literary mass-murderer in history, but even he would be shocked with what we have in store for his characters," says co-creator Conor McCreery. 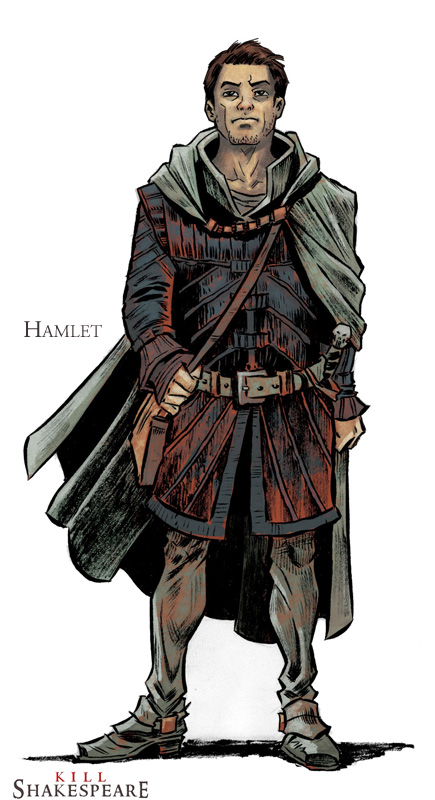 Who will die in Issue #10? Fans are urged to go to the Kill Shakespeare website and Facebook page to vote on which of the main characters (Hamlet, Juliet, Richard III, Lady Macbeth, Iago, Othello or Falstaff) they believe is fated to find the "undiscovered country."

But it will not be all grim business in March for devotees of the Bard. Kill Shakespeare will also introduce a brand new talent to the comic world on March 15. The company has launched a Cover Contest that will see one talented artist get a chance to make their professional debut in comics by creating a cover for the series.

"Since we're new to the world of comics we wanted to give another 'unknown' a chance to make their name" says co-creator Anthony Del Col. "We think this contest is going to uncover a major new talent for the industry."

Artists without a professional credit in the comic world can enter at one of 11 of the top comic shops across North America. The winner's design will be published as a retailer incentive cover for Issue #11 to be released in May, 2011. To find out more about how to enter go to killshakespeare.com/behindthecurtain.

Kill Shakespeare is an adventure story that pits all of Shakespeare's greatest heroes (including Hamlet, Juliet, Falstaff, Othello, Puck) against the Bard's most menacing villains (including Richard III, Lady Macbeth, Iago) in a quest to track down and kill – or save – a reclusive wizard by the name of William Shakespeare. ComicBookResources calls it "a tour de force of the storytelling marriage of words and art." Kill Shakespeare has been profiled by NPR, BBC Worldwide Radio, Wired.com, The Globe and Mail and Publisher's Weekly. It's also been debated by Shakespearean scholars online and in the pages of Maclean's. Written by Conor McCreery and Anthony Del Col, the series art is provided by Andy Belanger (D.C.'s Bottle of Awesome), with colours by Ian Herring, and covers by internationally renowned illustrator Kagan Mcleod.

More information about the series can be found at www.killshakespeare.com.