"This one should have remained quietly in the shadows"
By: Russ Matthews | Movie Reviews | March 3, 2018
Doug Jones’ work on Moon has proven to be a seminal effort in filmmaking and continues to be a reference point for film students in the realm of psychological science fiction. He describes Mute as a spiritual sequel to his 2009 cult classic. It is no wonder that Netflix would jump on board to get this film into production, especially with the release of Blade Runner 2049 and the resurgence of films with a similar look and feel to the Ridley Scott classic. The introduction has the look and feel of the world of Blade Runner, wherein the not too distant future, society has succumbed to technology defining most areas of their lives. The exception to this modern existence is shown in the life of the mute bartender, Leo (Alexander Skarsgård). The hulk of a man chooses to operate within this world without a cell phone or a television. Living within the traditions of his Amish heritage and due to a childhood accident, he is unable to speak. Even with these life choices and his physical disability, he is able to function in this divergent culture and he is still able to fall for Naadirah (Seyneb Saleh) who works as a waitress at the strip club where he bartends. 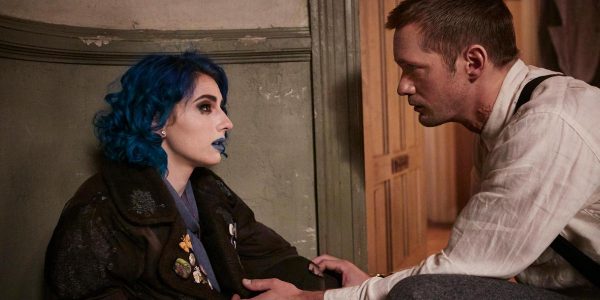 As their relationship begins to deepen, the waitress’ history begins to influence the future of their relationship. Not long after she begins to share about her past, the waitress disappears. In an attempt to find his lover, Leo comes up against multiple barriers from Naadirah's former life that make it difficult to find her. As the barkeep plumbs the depths of her life he must face mobsters, a vindictive ex-husband, a forlorn mother and a transvestite prostitute who all want something from the missing woman, drawing Leo deeper into the criminal underworld. In the search to find something positive to say about this production, it parallels Leo’s journey to find Naadirah. The analysis of each aspect of this project only opens the door to another disturbing element that leads to disappointment. It would be easy to blame the producers for allowing this story to be brought to life, but ultimately the credit for this debacle falls to Jones and company. The bewildering script can only be attributed to a complete lack of focus and purpose by the writers and director. It is difficult to determine if this film is supposed to be a dystopian thriller, a murder mystery or a cheap futuristic Quentin Tarantino rip-off. There seems to be an attempt to meld all of these genres into one, but it only manages to be a become bloody mess. 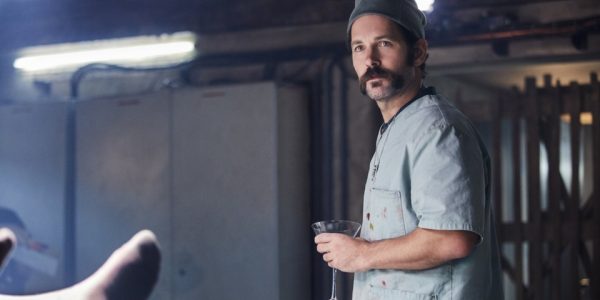 The cast is left with unappealing characters that lack any sympathetic qualities and their dialogue becomes so painful after while that one wishes they would all become mute themselves. It should be said that Alexander Skarsgård does manage to show the physical intensity that is needed for his role. Unfortunately, what he lacks is an ability to show any vulnerability, despite his childhood accident. This characteristic should have been accessed through his desire to find his love interest, but due to the lack of any real chemistry between himself and Seyneb Saleh it makes it difficult to care if they reunite in the end at all. If the lead characters lack appeal, the hope would be that the supporting cast would make up for these shortcomings. The real atrocity of the supporting cast is the poor usage of the talents of Paul Rudd and Justin Theroux who play the ex-husband named Cactus Bill and his friend Duck. The assumption is that they should add some comic relief to this bleak and dark tale, but neither was able to achieve this goal. It seems that Rudd is left to ad-lib the majority of his dialogue that is not funny and makes his character less appealing. Leaving Theroux with the responsibility of winning over the audience as the friend with a heart of gold persona, but as a mob doctor with paedophiliac tendencies, his charm merely turns into creepiness in the end. 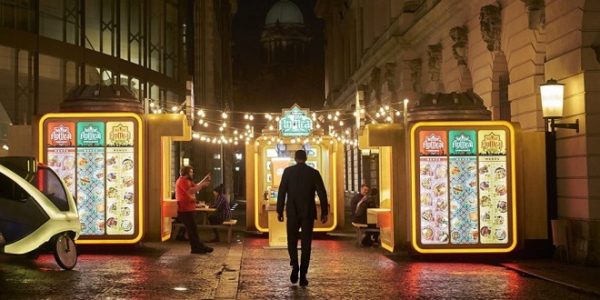 For the benefit of all who are wondering if they have read the premise correctly, the summary of this dystopian fantasy film is a mute Amish bartender who is searching for his waitress girlfriend who works at a strip club and has mysteriously disappeared. Even in the hands of a creative director like Duncan Jones and with all of the recent focus in the cinema on the dystopian future, it is difficult to understand how this project even got the green light. Mute becomes a lose/lose proposition that should have remained silent for the sake of all involved.
Rating
1.5
Pros