This is actually very hard for me to do. A lot of comic readers have a list of their favorites that they can rattle off at the drop of a hat and a lot of the times they’re the “safe answer.” Things like Watchmen, Frank Miller’s run on Daredevil or anything Alan Moore. Because of this I’ve always avoided creating a list of my top books. That and I’ve read so much it becomes harder and harder to pick what’s better than everything else. Yet here I am struggling to do an assignment that I assigned, but it had to be done. Hopefully you get a window into the reading habits of the comic writers that make up PAC (Player Affinity Comics) and maybe you’ll stop by the forums and give us yours.

10. Black Diamond (AIT Planet Lar) – The concept of this series will make your head spin. The government makes a highway that spans from one shore of the country to the other called the Black Diamond. There is no speed limit, there are no laws and few exits. Soon the highway becomes the only place where people can experience actual freedom… until the government tries to shut it down. You see they need oil and the smugglers and gangsters that live on the Diamond have what they need. This series is astonishing from start to finish and the writing experiments so much that it’s a marvel to read. The last issue blew my mind! I couldn’t believe the way they were breaking formula and how well it was working. You’ll probably never see a single issue anywhere since they were a pain to find when it originally came out, but you should be able to find the trade.


9. DMZ #1 - #38 (Vertigo) – New York has broken off from the United States and fractured into several small military countries. This is the setting of DMZ as photo-journalist Matt embarks into a war zone to cover it for a cable news channel. There he encounters a world that he has never been a part of before and finds that he has a real knack for reporting the DMZ like no one before him has. The idea behind DMZ is in itself original and catchy. People picked up this book on the concept alone, but when you start reading it you find out just how much of it is about the people just trying to survive in this war. A rich politically charged book with a lot of emotions and great characters. Why stop at #38? Well I took of comics for a while and just haven’t gone back yet… but maybe now I will. 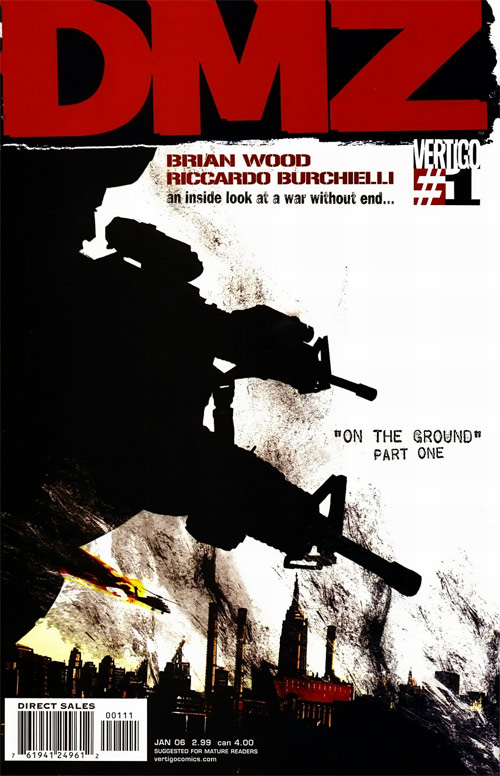 8. Local #1 - #12 (Oni Press) – I know two Brian Wood titles? Well this book is very different from DMZ. It was a series of one shots connected by one character that subtly made appearances throughout the series. The storytelling was different for practically every issue and each issue took place in a different city in North America. The art was at times gritty, cartoon and playful, but always real as possible and full of emotions. There’s a beautiful hardcover that every comic fan should own and if you’re lucky enough to own the singles (like me) they’re a treat as well. 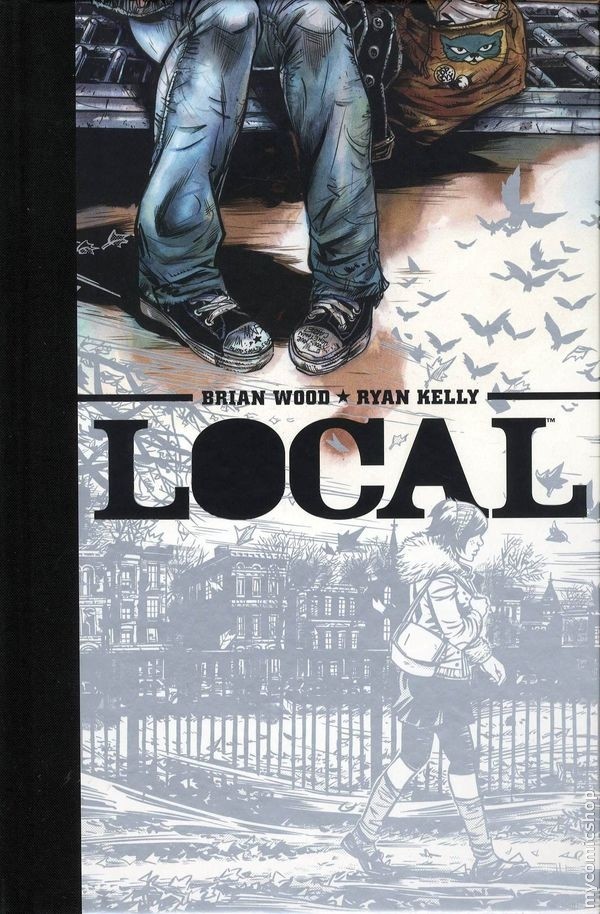 7. Scott Pilgrim Vol. 1 – 4 (Oni Press) – It had to make it on the list somewhere and I figured if I’m going to put is somewhere why not at 7? You’ll notice that the last two volumes aren’t on here. Well that’s because they’re not as good as the first four. Bryan Lee O’Malley was hungry with the first four volumes and you could tell they were a labor of love. The last two are good, but not great and because of that they come off more like an obligation than a passion piece. The first four volumes still make me laugh and are one of the few books I break out yearly to read; and every time I do I can’t put them down until I’m done with it. There’s just something about that book that won’t let you stop reading it. Mr. Pilgrim will always be one of my favorite books and I have a lot of memories surrounding the book; my favorite being the midnight release of the sixth volume, never before have I camped out for a $12 dollar book before… but it was worth it. 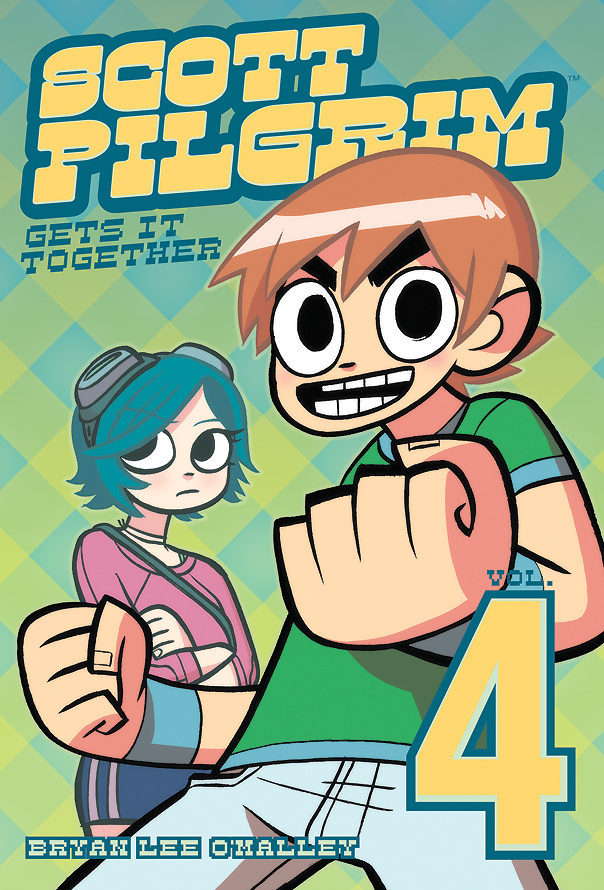 6. Blue Monday: Vol. 1 - 5 (Oni Press) – This book it’s a guilty pleasure. Personally it’s one of my favorites of all time and I can’t get enough of it. Literally I’m still waiting for the latest series to make it to the second issue and if it comes out next week I’ll still buy two. Blue Monday is fun; it’s funny and has a brilliant art style. Creator/Writer/Artist Chynna Clugston incorporates Mod fashion, Punk Music and Buster Keaton. It’s quirky as hell and the first comic I read with its own soundtrack. It’s one of the few books that I have a hard time pinning down why I like it so much, I just love the damn book.


5. Sin City: The Long Goodbye (Dark Horse Comics) – I’m sure someone will shout “Safe Answer, Safe Answer!” But I don’t care. This book was so good and basically blew my mind! I started reading it before the movies, before the re-released trade paper backs and before the re-re-released trade paper backs. I actually have a hard cover for one of the books, but nothing tops The Long Goodbye. Marv is a great character that believe it or not has depth, has soul and is a total bad-ass. This is another book that grabs you and sucks you in. The only reason to put this book down before the end is because you don’t want it to end.


4. Invincible #12 (Image Comics) – I actually have already written an entire article on this comic, but I will summarize here again. This book has an epic battle between father and son which in its own way symbolizes real relationships between parents and their kids. The father just wants what’s best for his son and that’s to join him in his mission, whereas the son chooses another path. They fight and the father can’t understand why he’s gone against him and wants to know what the hell is worth his own death. And the son simply says, “You dad.” Granted I’m altering the actual scenes and dialog, but I’m doing it to prove a point. Comics have real emotions; real statements and can sometimes grab you and make you feel emotions that you weren’t expecting because they hit so close to home. 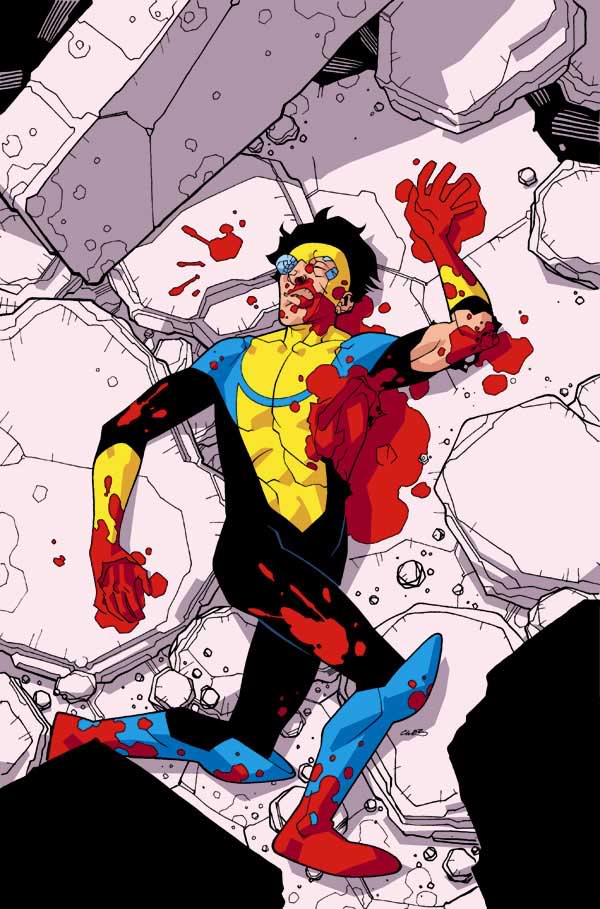 3. Talent #1 – 4 (Boom! Studios) – A plane crashes into the ocean killing all the passengers but one. The man becomes a medical mystery, but his mystery doesn’t end there. He has the memories and the talents of the others on the plane and since he’s the only one that made it he starts going through their lives and giving their family closure. The art is gritty and real which is a big selling point of the book and the story is so good. It’s such a cool concept and it’s executed perfectly. It’s one of Boom!’s earliest titles and in my opinion helped make them the company they are today. You probably have never heard of this book and if you haven’t… shame on you!


2. Silver Surfer: Requiem (Marvel Comics) – The Silver Surfer is dying. His perfect silver shell is literally cracking and he has only two weeks left to live. He wants to do something for Earth a planet he has lived on and saved numerous times, but can’t figure out what. He journey’s across the planet and the solar system changing lives and reminding people to be free. This is some of JMS’ best work and hands down the best Silver Surfer story ever told. It’s full of hope, spirit and positive messages to live by. The art is all beautifully painted by Ribic who frankly puts Alex Ross to shame. If you haven’t figured out the theme of my top ten yet let me give you a clue. Practically all of these I own two versions of… because they’re that good. 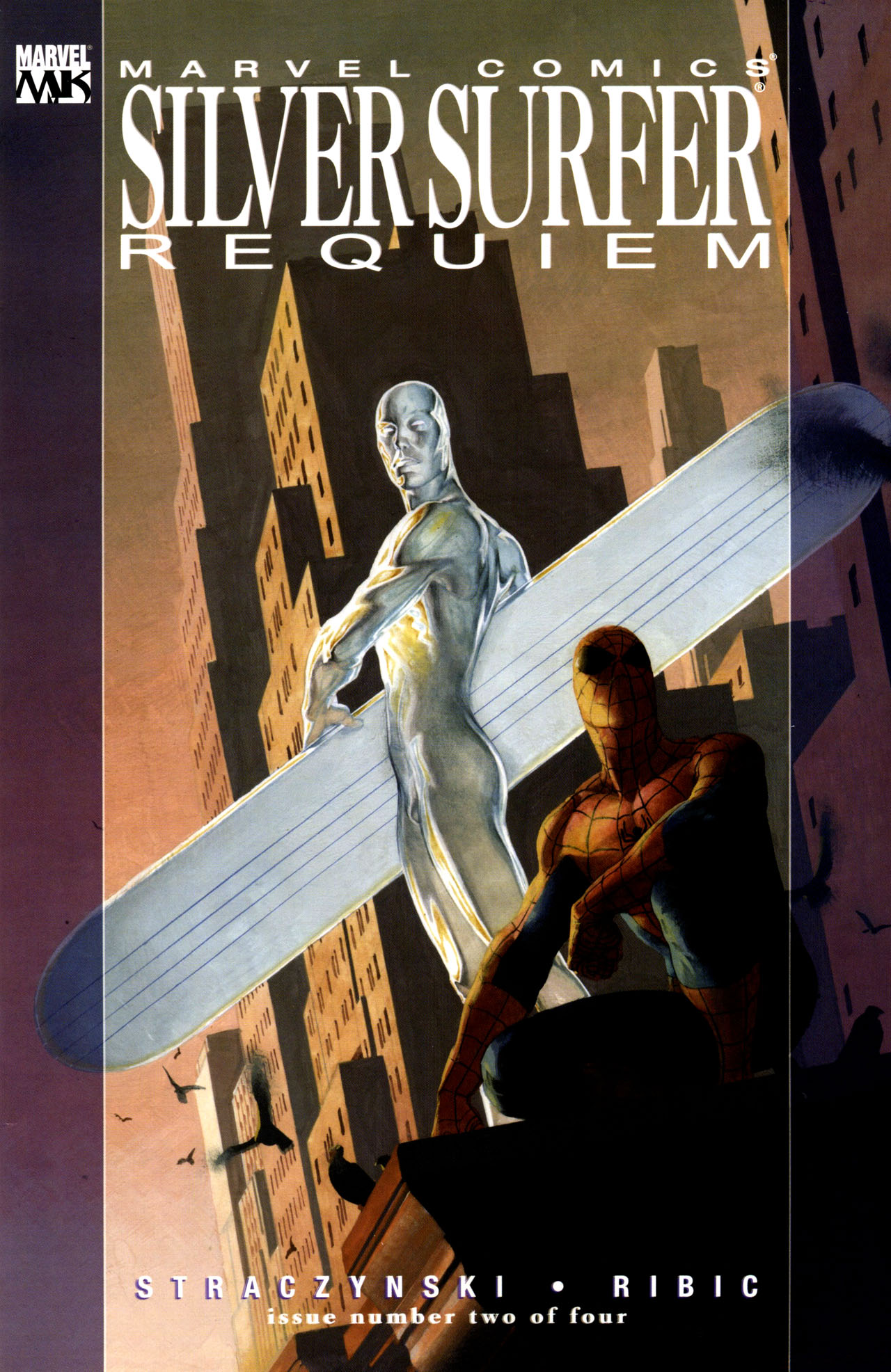 1. Midnight Nation (Top Cow Comics) – Since we’re on the subject of JMS why not another of his best works? This is Top Cow’s best series ever. Nothing they’ll do will top this. Lieutenant David Grey has his soul taken from him by a man who rules the other side of our planet. He must journey from L.A. to New York and must do this on foot with his guide Laurel. She makes this journey oh so often as she must enforce rules and help David make it in one piece. The issue that sold me 100% on this series was #7. David tells Laurel that he wants to keep going on the journey and it surprises her. He tells her about when his wife left him and he felt like dying and put a gun to his head. Then a friend called him and invited him to a baseball game. He sat there with a gun to his head and the phone to the other side and all he could think about was that he liked hotdogs. It’s a great story that is about every ones journey through life and the sacrifices we need to make for ourselves and others.


So there’s my list. Love it or hate it I don’t care because it’s my list. If you’ve got one of your own hit the forums and tell us about it, maybe well add the article to the site you never know. Last bit of business is the honorable mentions. Fantastic Four #558, Liberty Meadows, Plain Janes, 27, Potter’s Field. Maybe a Top 20 is in the works?