Revolution’s Comic-Con panel makes us cautiously optimistic for the science fictions series’ second season (premiering Wednesday September 25th, at 8 p.m. EST). While the first season began with an interesting premise and promising pilot, the series soon devolved into a mediocre and clichéd exercise. Promises of a more dynamic second half of the season failed to deliver as the show deviated from its original premise of a world without power into a power-heavy, battle-ridden, and dull mess. Eric Kripke, the show's creator and showrunner, acknowledges some of the first season’s misgivings. “I’m harder on the show than any human being and as I was watching the second half of the season I was like, ‘Huh, there’s a lot of power in the show without power… wasn’t this supposed to be a show about swords?’ Kripke assures viewers that the second season will delve into the initial aim of the series (the portrayal of a powerless world) “I felt like we hadn’t explored it enough, like there are so many interesting little areas of that world, and this year we really explore that… but also to kind of really push through and have a much more expansive canvas to tell that story so it’s not just about ‘Do we flip a switch off or on?'” 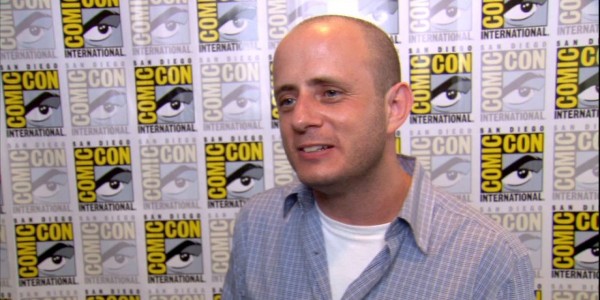 Since the show’s season finale concluded with the triumphant restoration of the world’s power (also the launch of four deadly missiles headed towards Philadelphia and Atlanta), how will the series return to its powerless roots? Kripke is quick to confirm that the power will not remain on for long. In fact, the power stays on long enough for those weapons to be detonated and will immediately be shut down in the aftermath of them (spoiler alert) reaching their target. Kripke explains, “The east coast is totally destabilized, the power is back off, we are back to the very intense and dangerous set of basics for the show, which is 'How would we all survive in this kind of neo-primitive world that’s an even more dangerous world than we saw in season one?'” With this new development the writers are able to wipe the slate clean for the new season and restructure the series, hopefully to its benefit. Kripke also emphasized a refocusing on the characters and their story, instead of a broader conflict/war story, which is eagerly welcome since the character development of the first season was seriously lacking.

Hearing the shows creator and its writers openly address the many issues affecting the series is certainly reassuring and makes us hopeful for a more successful second season. Though we are looking forward to see what this second season will look like, we anticipate it with considerable caution; there were a lot of promises made for that second half of the season that did not ultimately hold up. Still, the writers were able to remedy some of the season’s more irritating problems (annoying Charlie and Danny storylines for one), showing that they are capable of producing some changes and shifts in the final product. The second season trailer does a good job in presenting a grittier, more pared down world than the one of the first season, and the few glimpses of where the main characters find themselves are intriguing enough to give the show’s sophomore season a chance. Will you be watching Revolution this fall?