As a longtime college football fan, I fully embraced my local college team. Painting myself in blue and yellow and watching games, the Cal Bears running out of Memorial Stadium became a ritual on Saturdays for me. If you are like me, then these are the memories that stick with you and that’s what NCAA Football 12 is. This is developer EA Tiburon's latest stab at taking one of America's favorite pastimes and turning it into something you play on your console. NCAA Football 12 hits the field running as it takes your favorite teams, stadiums, fight songs, as well as rivalry games, and crams it all into one disc.

"Dynasty" mode returns from last year with the ease of running an online league from a computer, call recruits and create your own stories in order to bring your dynasty to life. Dynasty is once again back in NCAA Football 12 but this time it’s about customizing the experience to your liking. You can create your own conferences, change automatic qualifiers for the BCS and even rename divisions. New to Dynasty mode is the "create your coach" feature. You start off as either an offensive or defensive coordinator, which restricts you to playing on one side of the ball, but is made overall realistic. Depending on the coaching job, you could sign a two-year contract and watch your job security rise or fall depending if you are hitting your contract goals. 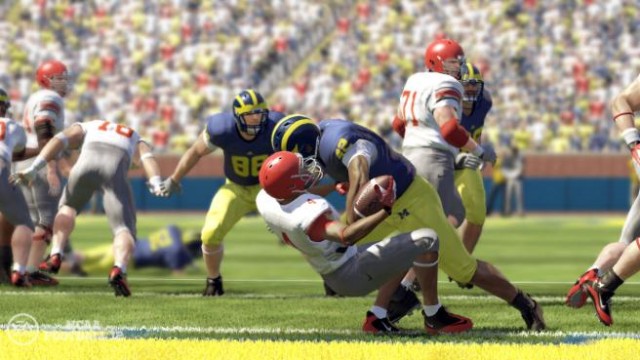 Unlike past versions where your record and school's prestige were always being watched, the coach mode puts a new spin on things. If my defense was pounding the opposing team, but they weren't producing when I was off the field, then it wouldn’t affect my contract since it's based on stats, which gives players more options in Dynasty mode and makes them feel more involved. "Coaching Carousel" is a welcomed addition to the NCAA Football franchise but it needs a few changes. No matter what you start as, coordinator or head coach, you still have the option to recruit players. It’s a bit unrealistic as you should be able to recruit players based on if you earned the head coaching gig or not.

NCAA 12 starts off every game as you would see it on television. ESPN integration is back from last year, and it's now more integrated into the game than last year’s version. The game kicks off with an introduction similar to what you will see on TV; the commentary is on point and interesting, and camera angles make you feel like you are there watching the real thing. The game starts off like it would for your favorite team, from the players running out of the tunnel to having your traditions in the game. Watching the Notre Dame Irish hitting the sign, the USC Trojan mascot stab the field, the Wake Forest Demon Deacon riding in on a motorcycle – it's all here and this attention to detail helps make the game feel like the real thing.

Although the presentation is great, there were little things that pulled me out of the experience and made me realize I was playing a game. The music would cut in and out, the shadows would freak out, and limbs on players would bend awkwardly. But these things are just little blunders that NCAA veterans have gotten used to.

NCAA Football 12 features a new collision system that makes tackling more lifelike, which helps reduce the suction tackling. The grass is now in 3D, which makes the replays a spectacle to watch. But there's nothing really new here that’s dramatically different from last year's version. It's awesome as ever to read the defense and break a big run or run back an interception, but it's not a massive upgrade from previous versions. This year is all about the presentation of the game and not about the gameplay. 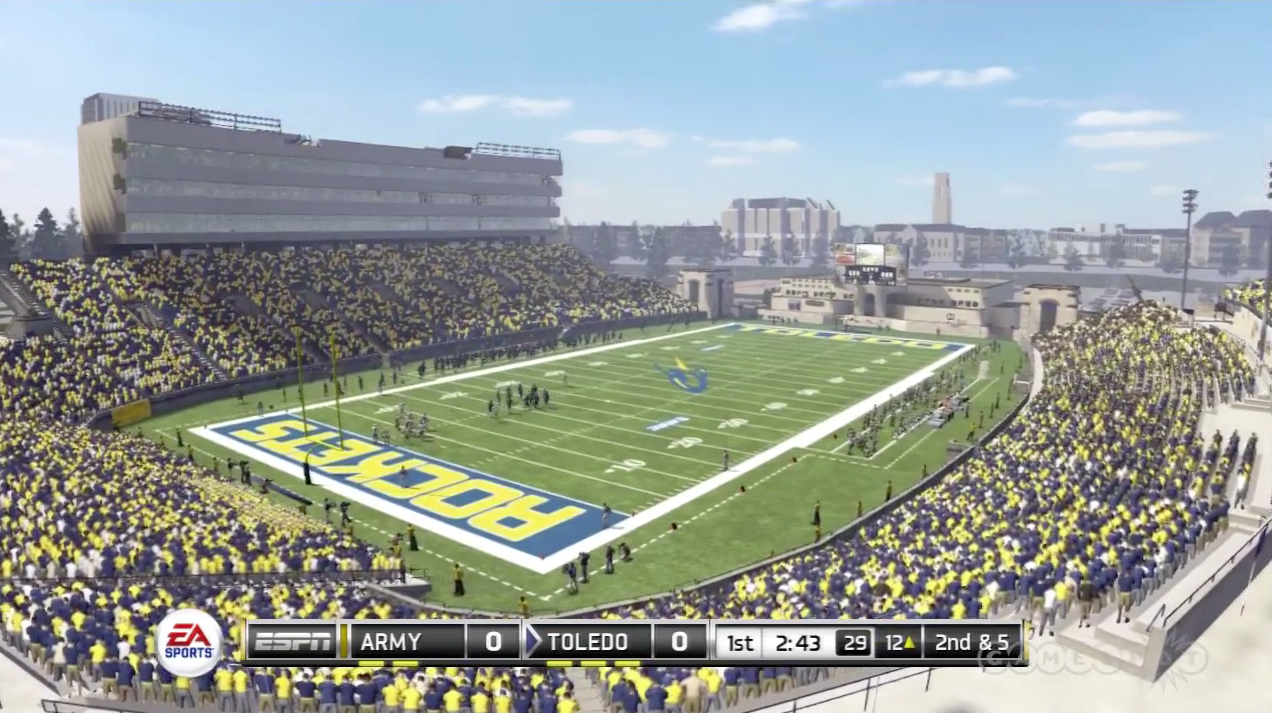 "Road to Glory" has been untouched for some time now but in this year's version the mode has had a face-lift, for better or worse. In Road to Glory, the mode starts off with you playing your senior year of football in high school. You have the option to play on both sides of the ball, which is fun but isn’t realistic to the brand. As you progress, colleges will offer you scholarships, making you feel like you are the center of attention. You can still go to college of your choosing but you're going to have to prove your worth. The more you dominate, the more points you get to use for the new RPG system, which is a severe deviation from past versions of the game. By the time I finished my first year of college, I was already 99 overall and lost interest to continue in Road to Glory. The mode shows promise but it needs a lot of work. It seems like a dumbed-down version when really the mode is much more than that.

I really do enjoy this version of NCAA Football 12. Dynasty is better than ever and the presentation values are spectacular. But the core gameplay that fans have come to love has largely remained unchanged, which keeps NCAA 12 from feeling new and fresh. The bottom line is that NCAA Football 12 is perfect for the person who roots for their college team every Saturday and wants to relive that on the consoles. I'm happy with my purchase but it just feels more of the same.
Rating
8.5