From the series' critically acclaimed team of writer Ron Marz and artist Stjepan Sejic, Witchblade #137 finds Detective Sara Pezzini, bearer of the Witchblade, gaining an important ally in Abby van Alstine, the Necromancer, but only if Sara can keep her alive! Abby's visit to New York City is interrupted by a demonic attack, and her only chance for survival is entering the world of the Witchblade. 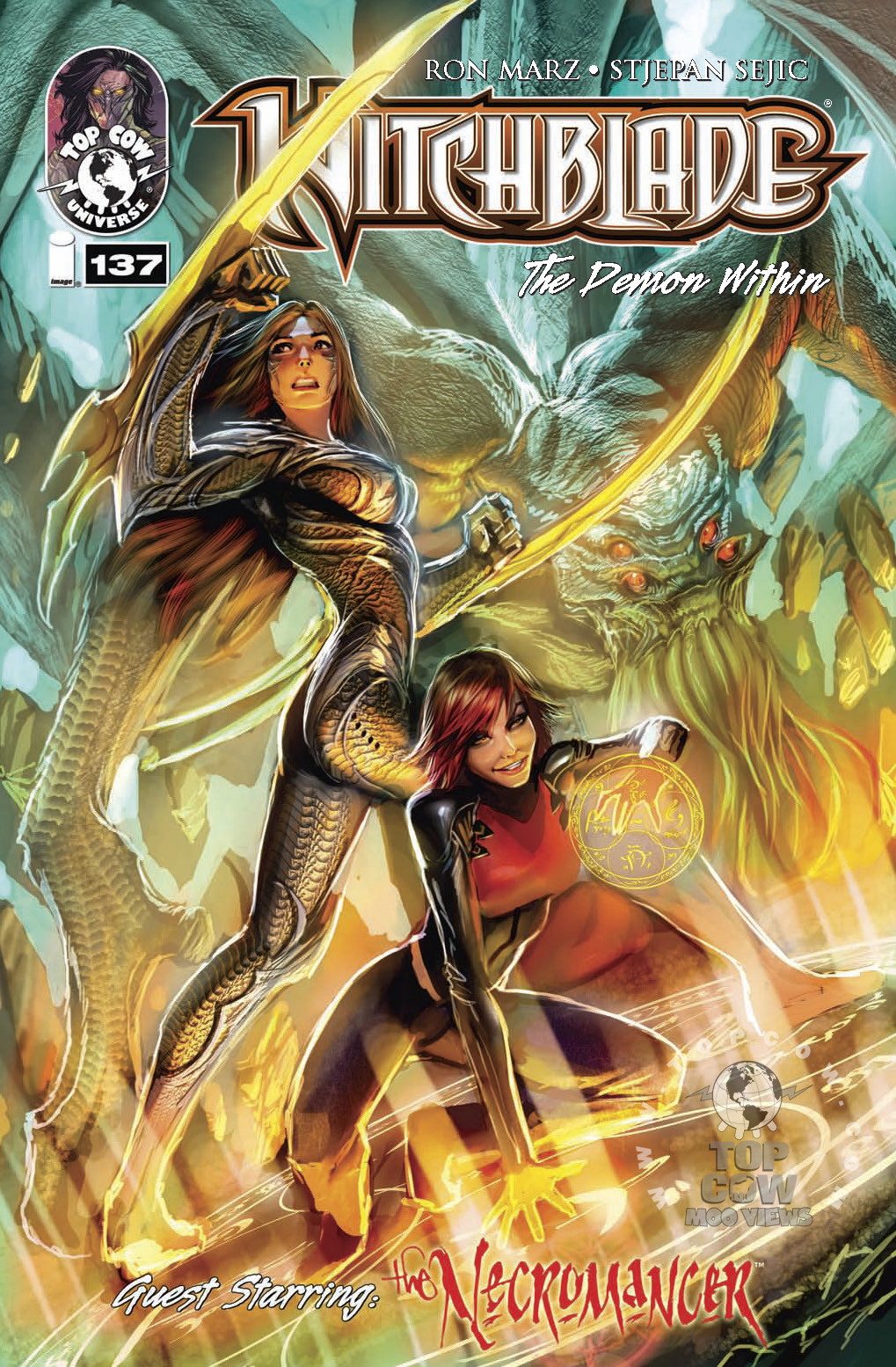 "The Top Cow Universe is an evolving and organic world and as we began to put the pieces in place for Artifacts, we realized Necromancer would fit perfectly into the grander puzzle," explained Top Cow Publisher Filip Sablik, "Abby is a rich, strong character and her inclusion in the Top Cow Universe will introduce a whole new audience to her story."

The Necromancer originally debuted with a miniseries in 2005 by writer Joshua Ortega and artist Francis Manapul.