We’re trying something a little different with this review. Rather than us tell you what it’s about were just going to let Top Cow do that for us. Then we’ll give our opinions on the book and a group score for issue. That way you get two different views on the book. Keep in mind we each wrote our review without looking at the others so some of the info may repeat. In the meantime here’s what Netherworld #1 is all about!

Top Cow Productions, Inc. and Heroes and Villains Entertainment present the next evolution of supernatural noir!

It's the message on the walls. It's the feeling in your gut. In this city, "We are all lost." Ray certainly is; a former cop turned private eye and junkie, haunted by his past in a city with no sun and no hope. A beautiful woman and a slick criminal both offer him the same job: Find a girl named Madeline and bring her to them. Ray doesn't want the job, but he can't just leave this girl in the middle. Thrust into the city's twisted underbelly, Ray will unveil Netherworld's darkest secrets and come face-to-face with his past. Beware, Ray. If you seek the truth, you just might find it 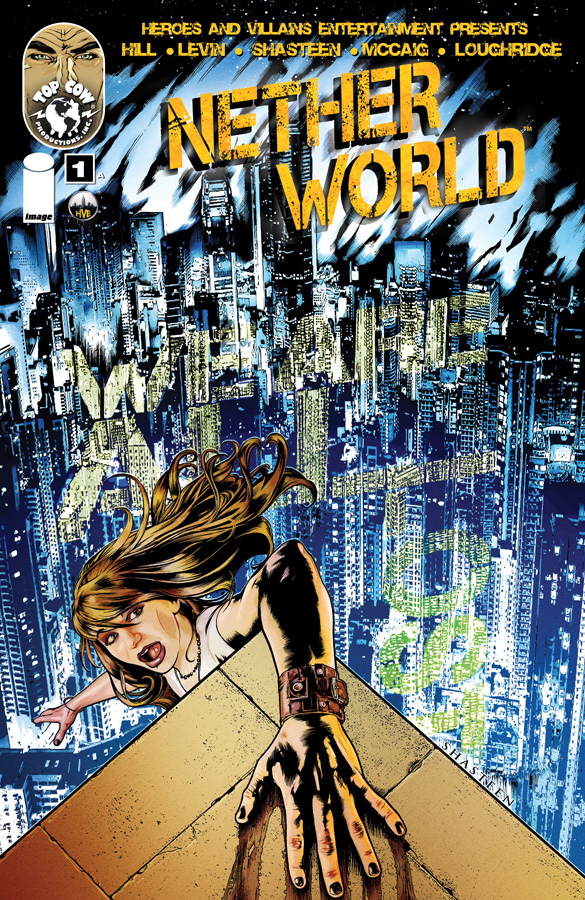 Jorge: Netherworld, is Top Cow's attempt to deliver a well written book into the comic book market and of course their own line of comics. Top Cow as you may know is a company better known for the art than the actual story. Sure they might have a couple of good solid stories under their banner but nothing seems to stick for long. Netherworld # 1 might be the book that sticks. Is an excellent first issue that introduces the main character right into the readers' mind. It is a powerful first introduction that manages to give enough doses of entertaiment to readers. The readers will actually care and like this new character right from the start. 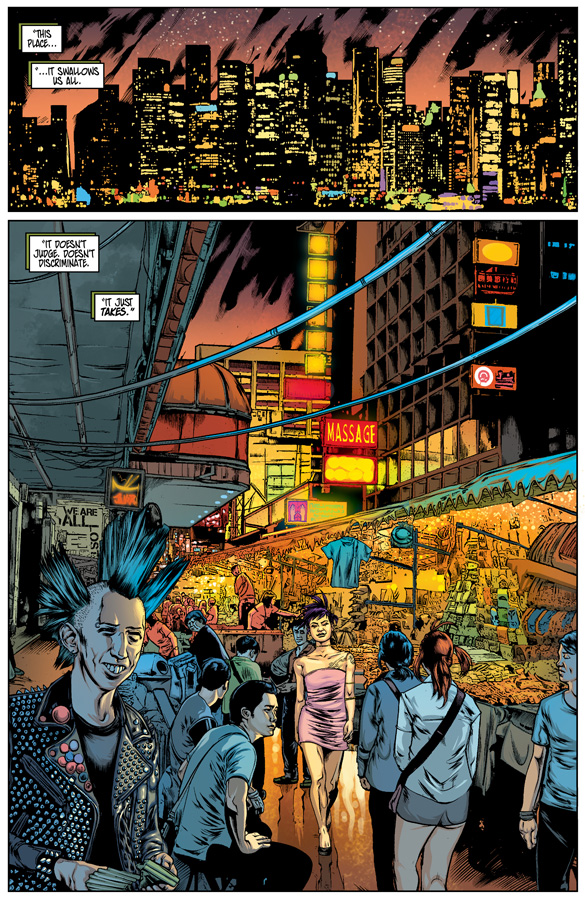 This series is a dark crime comic, beautiful illustrated that delivers a hardboiled pulp look and tone. The creative team has done their job, in creating a fun new comic. With great characterization and great lines. The dialog is amusing and witty. The solid story leaves you really wanting to discover more of this pulp world of bounty hunters. Although the character of Ray Parker falls into another dark and mysterious type-cliché character. It doesn't feel like the character is overrated. The bad thing about the book is that they set this amazing pulp world, only to throw monsters at the end of the story.  Sure, with a name like Netherworld some fantasy should be expected but rapidly switching genres, might put off fans. Its like all of a sudden a 100 bullets becomes Buffy the Vampire Slayer. With a market saturated by monsters, zombies, vampires, werewolf and whatever other new monster trend. Unless they show something unique in the next issue, this title could fall into another monster-hunter cliché book. If they manage to maintain the right balance with the monsters and this gritty pulp world; then they are on the right track to deliver a great new comic book series.

Dustin: Netherworld is an interesting mix of sci-fi and noir. It’s perfectly suited for comics and really plays to the strengths of format. Right off the bat I took some issue with the random narrative that gave the reader the lay of the land. Granted it gave it a stronger Noir feel, but it really seemed long and out of place. The story in general was nothing new, but the mix of sci-fi made it worth sticking around for. The second issue I had with it was the art. There were several panels in which I was uncertain of the size or proportions of the character. I couldn’t tell if the man was a freakish giant or poorly proportioned. The art style itself was very good and fit the sci-fi noir story elements perfectly, the artist only need work on his sizing of objects and people.

In general I think noir fans will enjoy this book more than average readers. It’s a great twist to the genre and the story and art is strong enough to warrant a purchase. I really like the fact that Top Cow is publishing this title since it breaks from their dark anti-hero books that they’ve become known for. If they continue putting out products like this they may just carve out a new section in the comic market. 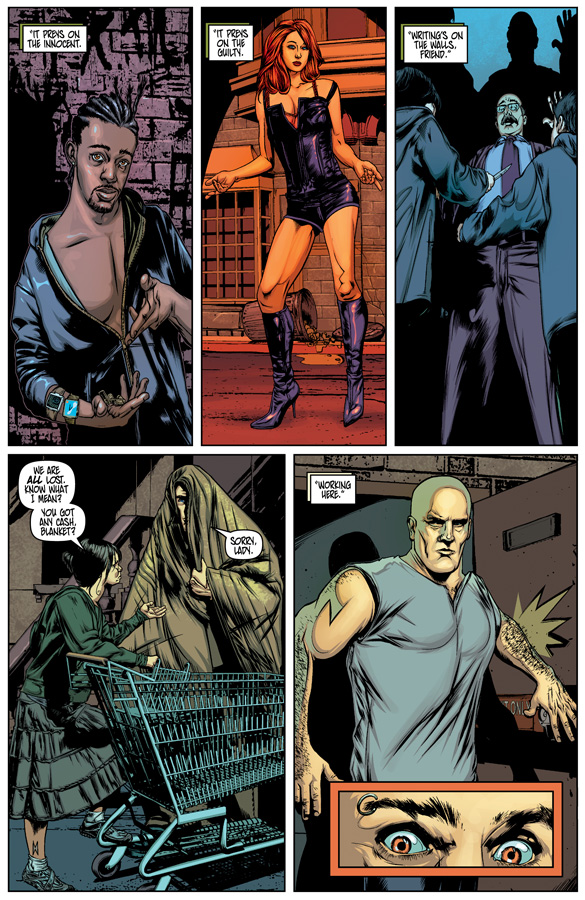 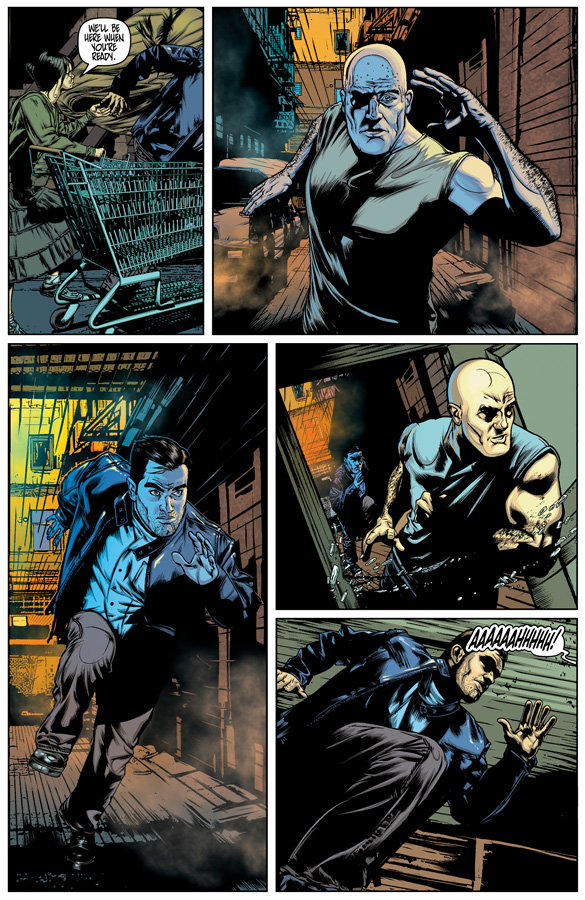 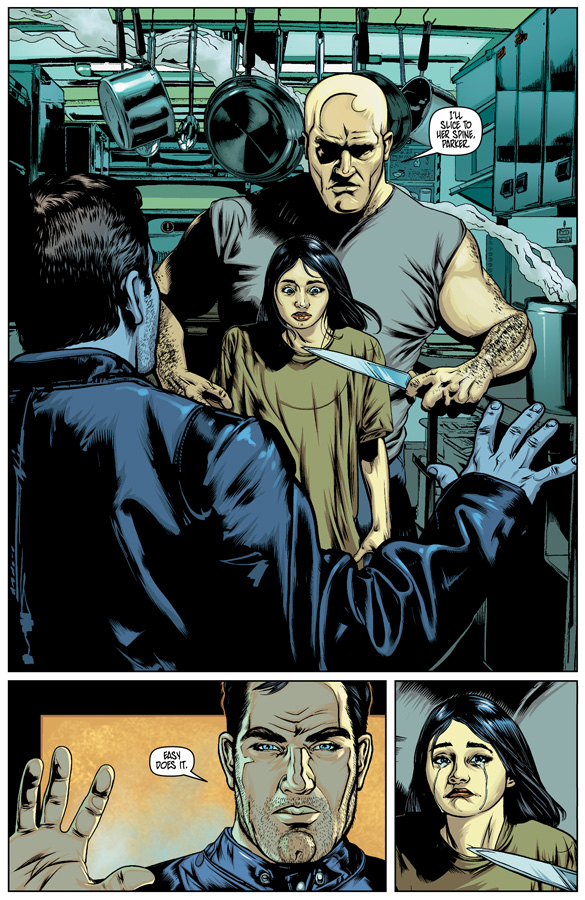 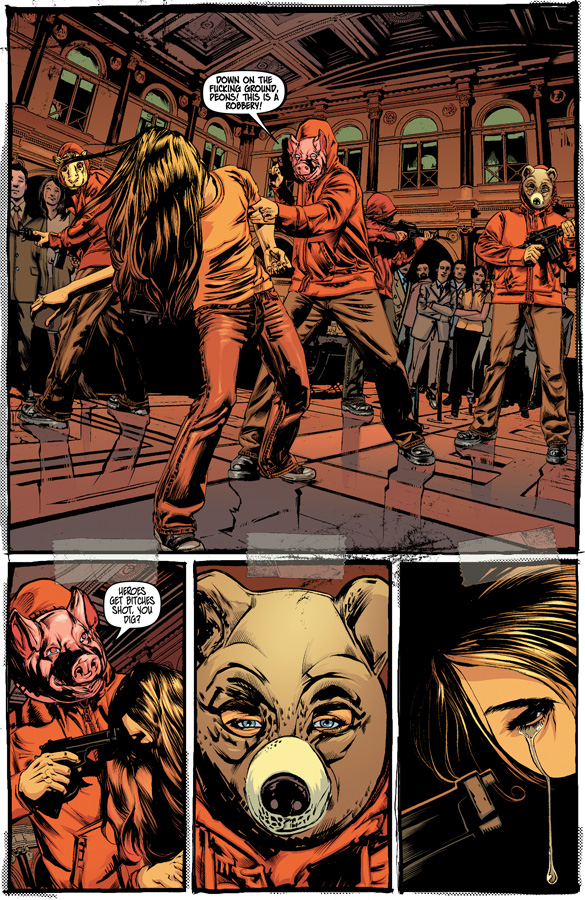