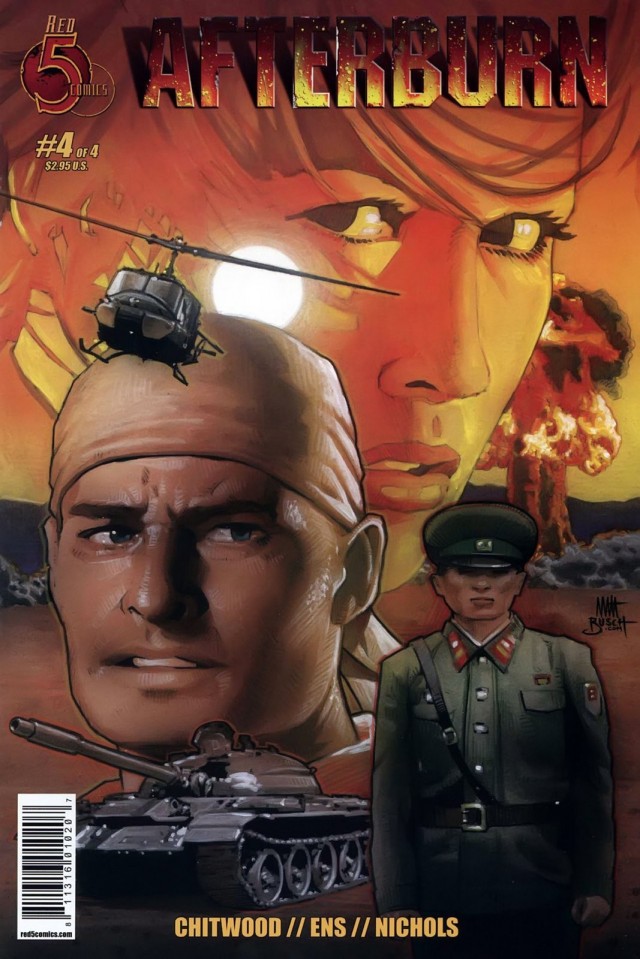 Relativity Media is moving full steam ahead with a film adaptation of the graphic novel Afterburn. The project lost some traction when original director Antoine Fuqua (Training Day, Shooter) left production, but now Tommy Wirkola has stepped up to the plate.

Heat Vision breaks the news that Wirkola will rewrite the script and then direct. If you're wondering who the man is, he first turned heads in 2009 with his low-budget horror movie Dead Snow, which involved zombie Nazis (‘nuff said). Currently, he is wrapping post-production on Hansel and Gretel: Witch Hunters for Paramount, which has Jeremy Renner and Gemma Arterton starring and is due out in January.

Afterburn, created Scott Chitwood and Paul Ens, is set in a future where solar flares have damaged parts of the Earth beyond repair. The wealthy survive in luxury while the poor die in the wastes — provided they have not mutated first. Beneath the ruined areas of Earth lie lost treasures and artifacts that many wealthy citizens pay highly for, often hiring treasure hunters to procure these items. The story focuses on Jake and his team of hunters as they travel around the world, snagging art and artifacts from various points throughout human history while fending off pirates, bounty hunters and mutants along the way.

Gerard Butler has been attached to star as Jake, but that was with Fuqua on board. Now that production has been delayed, it remains to be seen if he sticks.

Other graphic novel adaptations currently in development for Relativity include Hack/Slash, The Crow and Voltron: Defender of the Universe. Whether any of these will see the light of day is another matter entirely.