New Experiment Proves Video Games Are Good For You

It’s too easy to give video games bad press these days. Society often finds itself passing the blame for a lot of today’s problems onto the media, and in particular, video games. Enter delicious irony. A recent experiment has found that first person shooter video games can improve the sight of adults afflicted by cataracts, so keep counting up those kills in online FPS games!

The experiment involved six adults aged 19 to 36 who had been born with congenital cataracts which cloud the eyes. Even with corrective aid from surgery and contact lenses, children born with the condition can end up with permanently poor sight. However, after playing 10 hours of Electronic Arts, Medal Of Honor, every week for four weeks, the patients were better at seeing small print, the direction of moving dots, and the identity of faces. 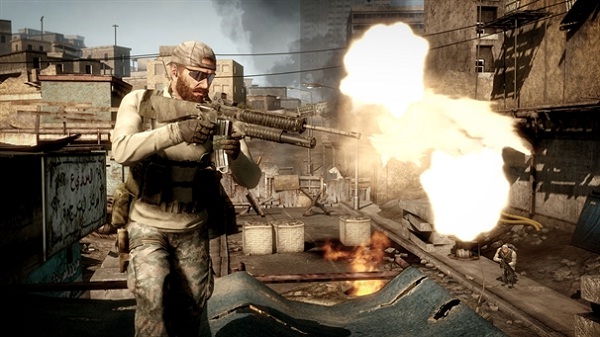 To the fans of the FPS genre out there, it may not come as a great surprise. Modern day shooters require quick reflexes and precision eye sight at times, especially in fast-paced online matches. Scientists believe that playing this genre of games can repair damaged neurons. To quote Shigeru Miyamato, “Video games are bad for you? That’s what they said about rock ‘n’ roll.”