By: Zack Zwiezen | PC News - PS3 News - PS4 News - Xbox 360 News - Xbox One News | November 12, 2014
Ubisoft has released a new trailer for Far Cry 4. The trailer is over eight minutes long and is being called the "Official 101 Launch trailer." Similar to previous Ubisoft game trailers, it has a bar on the bottom and goes through nearly every aspect of the upcoming open world shooter.

There is a lot to see in this new Far Cry 4 trailer, but the things that caught my attention were:

Also the Far Cry 4 map seems to have leaked. While not officially confirmed by Ubisoft it seems to be the in-game Far Cry 4 map or a map from a guide. The leaked map has a list of animals, where you can find them, different regions and locations as well as where all the game's outposts are. This is still rumored but it seems real. 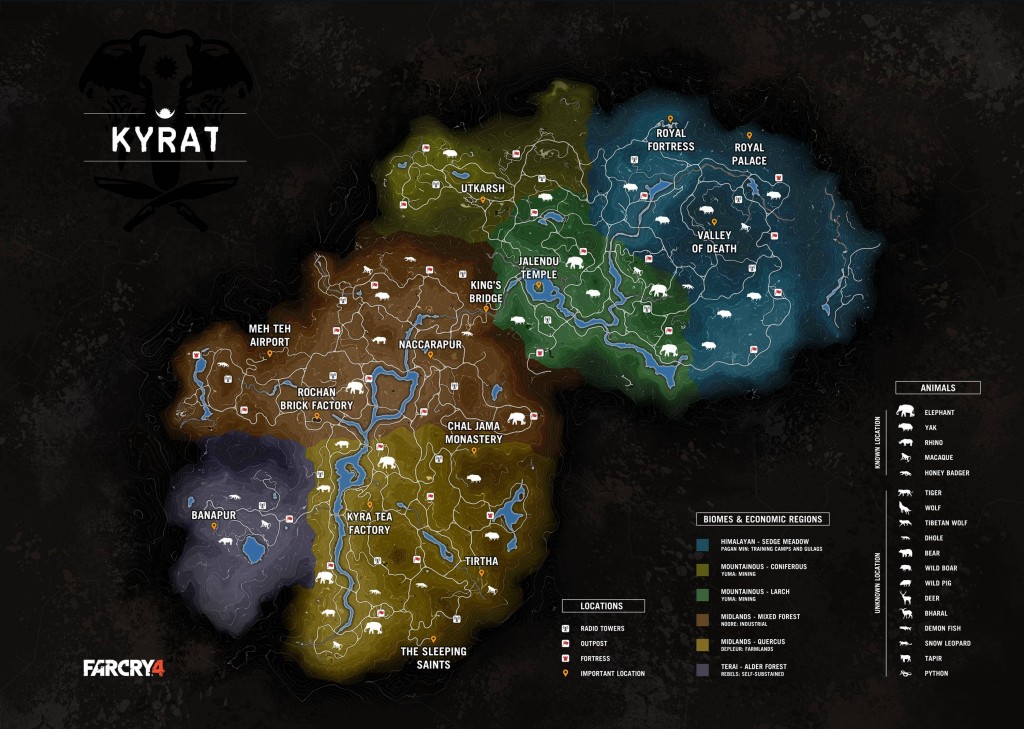 All of this Far Cry 4 news has got me even more excited for this game. I love Far Cry 3 and I can't wait to explore this new world for hours and hours.
Far Cry 4 releases on November 18th for PS4, PS3, Xbox 360, Xbox One and PC.