The DC Comics Event of 2013 – Forever Evil - just gained a new layer with the announcement of another tie-in series. While not within it’s own mini like Rogues Rebellion or A.R.G.U.S. it will follow in the same vein as being a side story that only really touches upon the overall events of Forever Evil. Headed by J.M. DeMatteis and Ray Fawkes, this tie-in - named "Forever Evil: Blight" - will run though Justice League Dark, The Phantom Stranger, Constantine, and Trinity of Sin: Pandora – in that rotation starting with Justice League Dark #24 – for a total of 18 issues throughout the duration of Forever Evil. It follows the aftermath of “Trinity War” and describes the journey that John Constantine and a newly assembled Justice League Dark team must undertake in order to restore balance to the metaphysical world – whose dark side has taken new form in the villainous “Blight”. 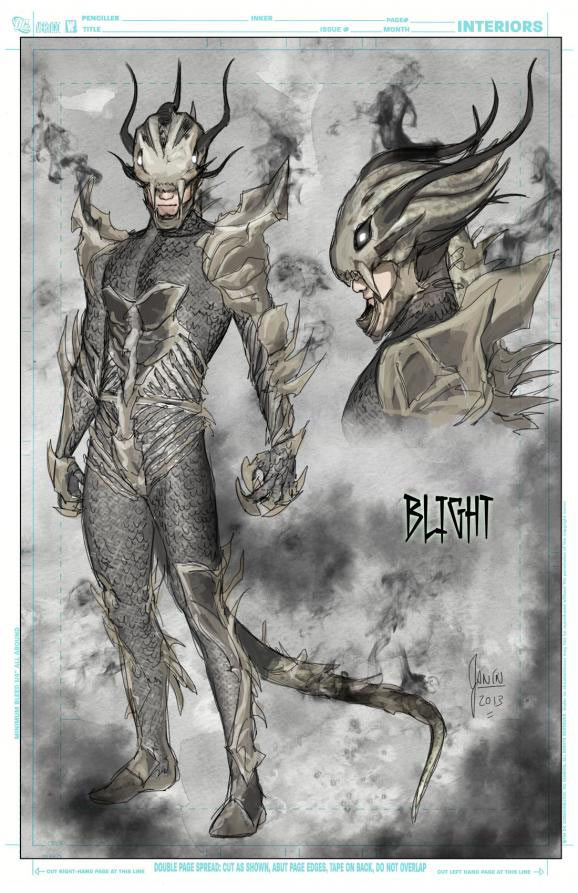 It all kicks off this month on October 23, perhaps just in time for Halloween. As information comes in we will keep you in the loop. Please submit any comments or thoughts below.