By: Justin Moody | Comic News | September 28, 2010
New publishing company Boundless Comics wishes to thank the retail community for lending their overwhelming support to the upcoming LADY DEATH ongoing series. With retailers' combined investment in over fifty thousand giveaway comic books, added to numerous thousands handed out by the publisher at nationwide conventions, Boundless Comics proudly announces that over 70,000 copies of LADY DEATH PREMIERE, a special lead-in comic book, will be freely given to dedicated fans and curious newcomers.

With a new ongoing, monthly LADY DEATH comic book series slated for release beginning in December, Boundless Comics reached out to retailers across North America and the United Kingdom for participation in this bold promotional initiative. Designing LADY DEATH PREMIERE, a 16-page comic featuring an original bridging-the-gap story, Boundless offered PREMIERE to the retailer community as a giveaway item. Available to retailers in single units or as bundles (with built-in cover variants as incentives) at a minimal investment, the PREMIERE promotion resulted in preorders surpassing a staggering 50,000 copies. 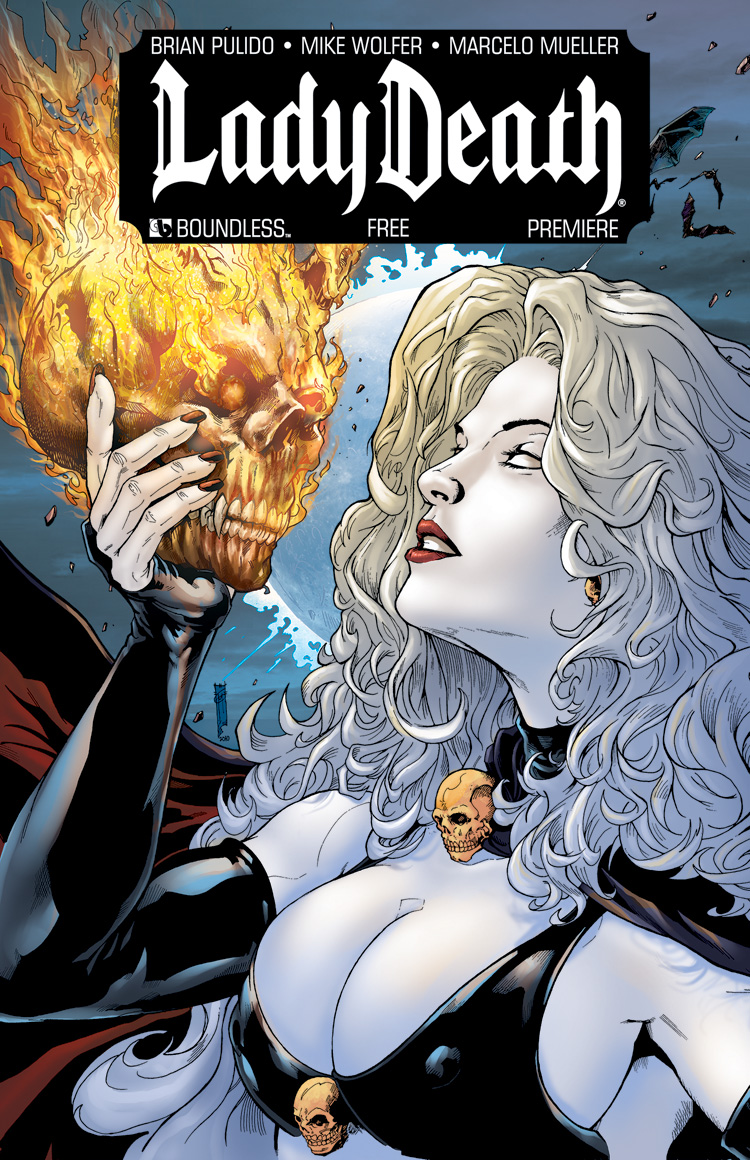 "Retailers are savvy. They know that when they place something free, something tangible, into the hands of a customer, it's a welcome invitation," says Keith Davidsen, the Director of Sales for Boundless Comics. "Sure, they're going to target the existing LADY DEATH fans, and many readers will come right back on board. But beyond that, retailers are going to give these free comics to potential new readers, customers that they personally know are looking for something maybe a little edgier, a little sexier, than the regular superhero fare. For their effort, retailers are going to see happy customers returning to pick up the new series."

The Boundless Comics sentiment may be best summed up by the words of Brian Pulido, the creator of LADY DEATH and co-writer (alongside Mike Wolfer) on the new comics: "We can't thank retailers enough for their tremendous support. We realize that retailers who pre-ordered LADY DEATH PREMIERE are making a long-term investment in the upcoming series, and doing so when times are tough. It's our job to repay that vote of confidence by delivering a monthly entertainment experience that will keep readers coming back for more. Just you wait, we have some wild surprises in store."

LADY DETH PREMIERE is slated for release in September 29, followed shortly thereafter by LADY DEATH ORIGINS VOLUME ONE, the first in a series of graphic novels collecting the history of Lady Death. The new ongoing series launches in December with LADY DEATH #0, priced at $3.99, and will continue monthly throughout 2011.