More Playstation All Stars: Battle Royale characters and stages are in the works as DLC. The first of these characters are Kat from Gravity Rush and Emmet Graves from Starhawk. They were announced as DLC a week or so ago, but their fighting styles and part of their movesets have finally been revealed on the Playstation Blog.

In PlayStation All-Stars, Kat's fighting style stay true to her character in Gravity Rush. Kat's a heavy rushdown character, director Omar Kendall says. Her suite of moves includes a dive kick that can be used to quickly cover distances, leading to up-close combos that can quickly trap foes in a deadly flurry of kicks and anti-gravity power moves. Kat's gravity powers can draw in and damage foes in the form of a massive energy ball. She can also summon items from a stage (barrels, furniture) to encircle her avatar, then launch them at opponents. Kat's super moves include a deadlier version of her slide kick at level one, followed by a move that fires two volleys of tracking, stalactite-like projectiles at level two. Her maxed out super move envelopes her in a black cat shroud that delivers deadly one-hit kill slashes and area of effect attacks. 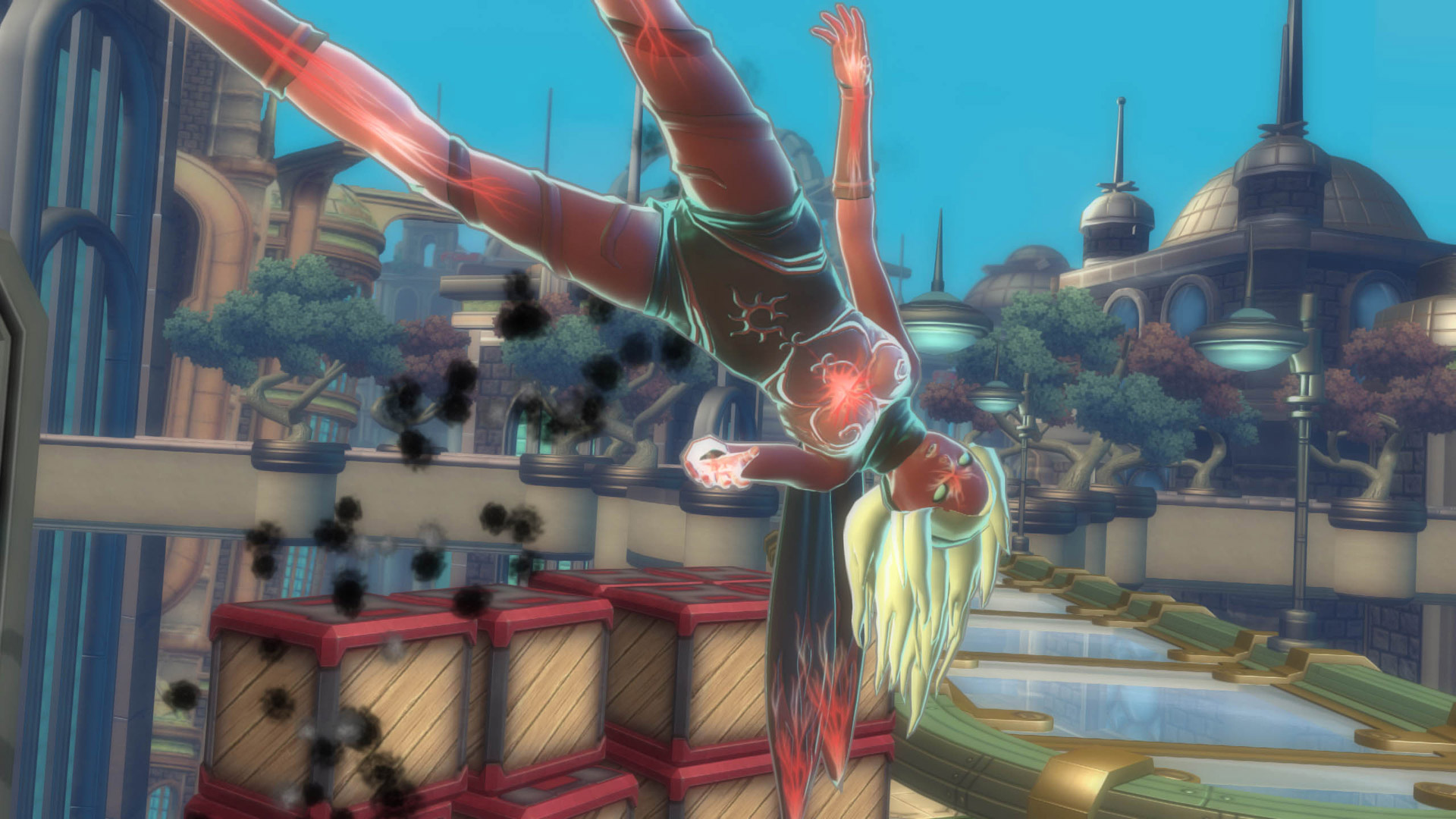 Emmet Graves also retains his composure during the transfer from property to property, most notably through Starhawk’s Build & Battle system. While Emmett can deliver close range punches and a ground pound launcher with limited reach, he's also armed with guns, grenades and mines. Emmett can summon supply drops during fights, calling down auto-firing turrets and a generator that emits AP (All-Star Power), the energy that fuels super meters. While Emmett's level three super hasn't been fully implemented into the game yet, (Though if you played Starhawk I think it's fair to say what it will be) his other super moves were. One modifies whatever gun Emmett currently has equipped, transforming the stock ammunition into an energy blast far deadlier. His second tier super calls down a massive supply drop, killing any enemy unlucky enough to be in its path. 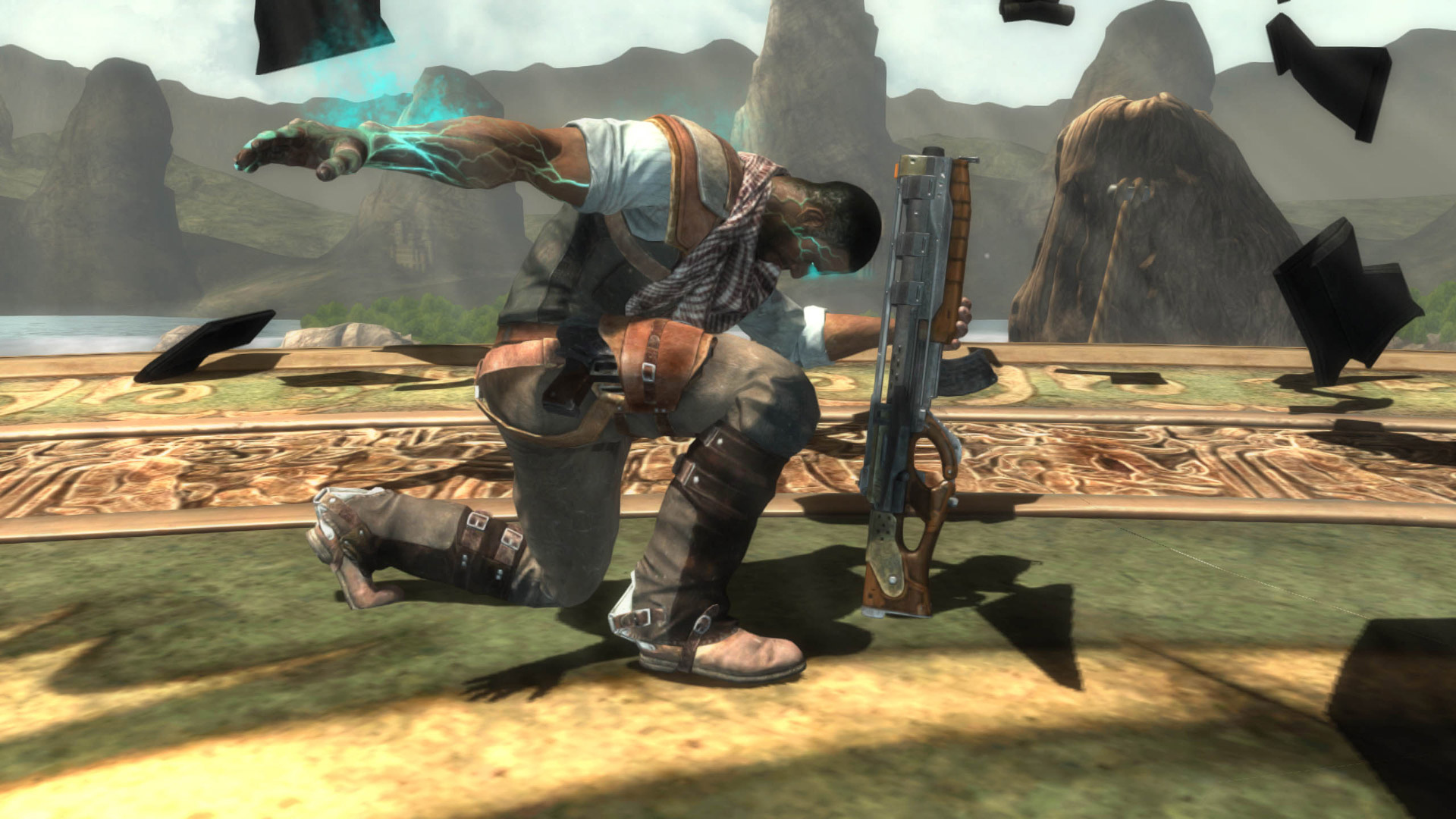 As for stages, alongside the frontiersman and gravity gal, a new stage combining the franchises of Wipeout and Heavenly Sword has been revealed under the name Fearless.

"The action in Fearless starts out atop a high column supported by gigantic ropes, creating a scene pulled straight from the world of Heavenly Sword. Our players will battle it out on this high column under the watchful eye of the forces of Bohan. It’s a medium-sized space, free of any platforms, and offers some of the most uninterrupted calm you can find in PlayStation All-Stars. In the distance though, the hum of anti-gravity racing can be heard, and over the course of the match, a familiar floating race materializes. Soon, the battle is interrupted as stray fire from the famous racing ships of Wipeout hits the fighting column, and our fighters come crashing down into a new, more vertical part of the level, the race track cutting straight through the fight space! Any fighter unlucky enough to get knocked into the track or in the way of one of these terrific ships will pay the cost – literally – by receiving a hefty AP penalty. Knowing how to best leverage your character’s moves while avoiding the dangers of the race track are key tools to mastering your fear, and mastering Fearless." 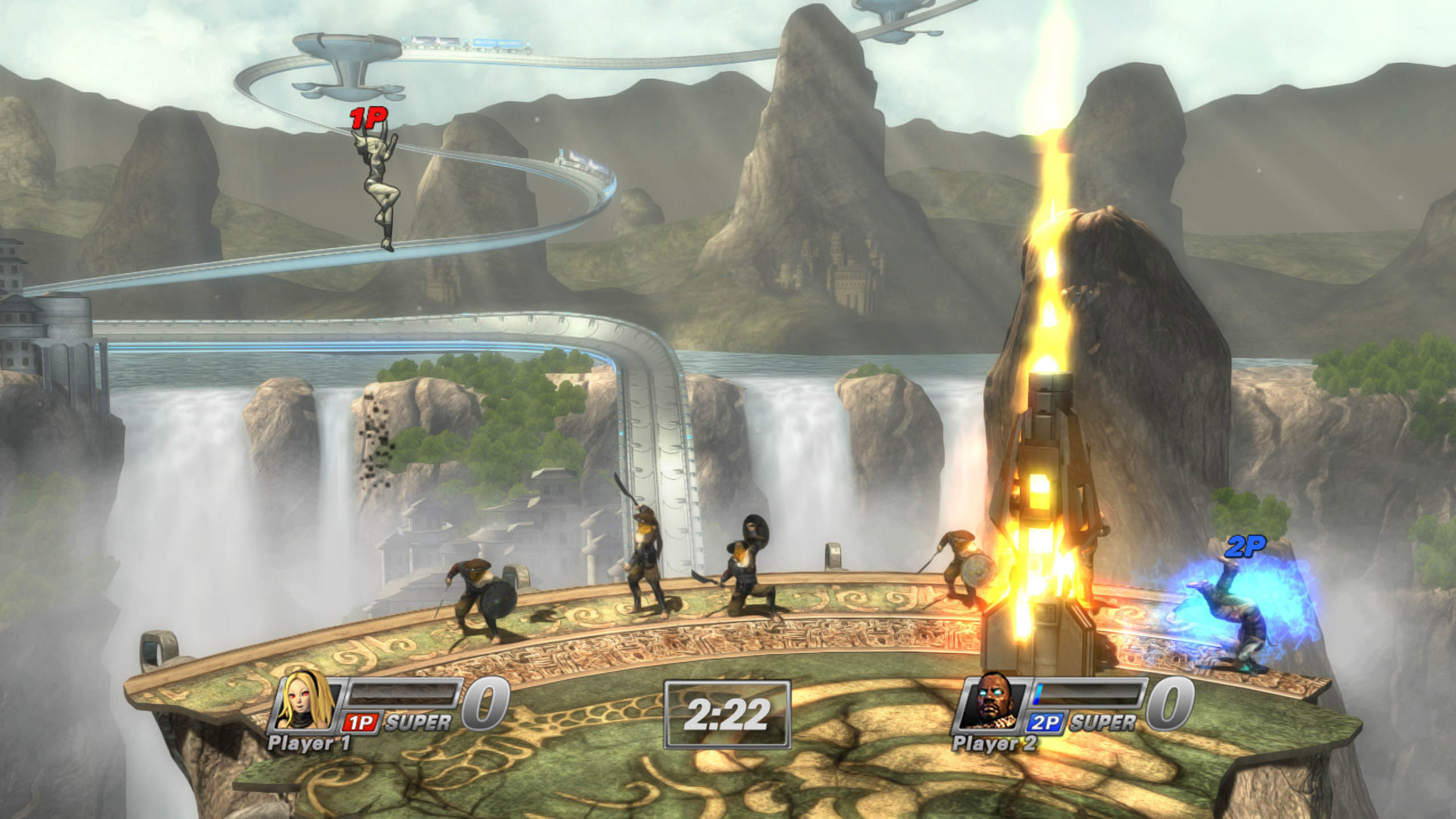 The two new characters and the Heavenly Sword stage will be released for free on the Playstation Network early next year. There's also a new patch that should be out in the coming days with balance changes for some characters. This is only the beginning of DLC for Playstation All-Stars Battle Royale, so let us know in the comments below which characters Sony and Superbot should do next as downloadable content