The “Resident Evil” film series is the one that keeps on trucking, no matter how many hits to the chin it takes. Resident Evil: Afterlife garnered a lot of money for the series (nearly $300 million worldwide) despite being widely panned by critics and fans. It didn’t help that all around badass Alice (Milla Jovovich) and company (including the Redfields and Albert Wesker) had almost nothing to do.

Now, director Paul W.S. Anderson (of the first and fourth entries in the series) looks to rectify his missteps with Resident Evil: Retribution, the fifth outing of Alice and co. that looks to take the zombie pandemic set off by the Umbrella Corporation and go worldwide. 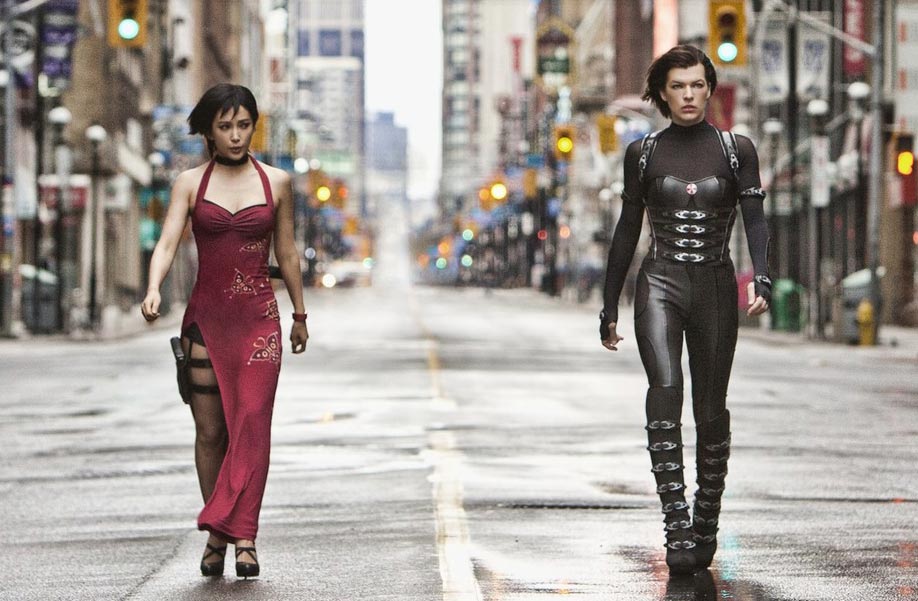 The synopsis couldn’t be more vague.:

“Alice is captured by Umbrella Corporation once again, and awakens in the heart of their operation facility; as she moves further in the complex, more of her past is unveiled and she continues to hunt for those responsible for the outbreak. Her quest takes her and her newfound allies from Tokyo to New York, Washington, D.C. and Moscow. After a ‘mind-blowing’ revelation, she is forced to rethink everything, finally finding out the truth about herself, and the Umbrella Corporation.”

From looking at the trailer, we get a lot of images reminding us of the second and fourth films, notably any scene involving Alice inside an Umbrella compound — again. It isn’t clear exactly how Alice gets captured but it doesn’t take much to figure that she’s taken after the ending of the fourth film, when an Umbrella air-strike team (led by Jill Valentine no less) descends on Alice and friends’ safe boat. The fight looks to be a major set piece in the film’s marketing campaign.

There is a ton going on in the trailer, notably how Ada Wong (Li Bingbing) seems to take center stage in rescuing Alice, Jill (Sienna Guillory) is under the same sort of mind control from Resident Evil 5, Wesker (Shawn Roberts) is still alive(?) and the zombies look to have upgraded to using chainsaws and rocket launchers. Also — though we’re just guessing —  there is a “blink and you’ll miss it” appearance by Leon S. Kennedy (Johann Urb), who despite his prominence in the games, won't see us holding our breath in terms of screen time. Oh, and Rain (Michelle Rodriguez), who was killed in the first film, is back. We won’t ask why. Apparently that's a thing with Rodriguez's characters.

Overall, the fifth entry looks to be a crowded reunion flick of everyone who has appeared in a “Resident Evil” movie ever while upping the action quotient sorely lacking in “Afterlife.”