Over the years, EA Sports provided the best Hockey game to play on your respected platform. With little competition from2K Sports, as the NHL 2k series is taking a break to reinvigorate the franchise. So once again EA Sports has returned to hit the ice in NHL 12. The bar was already set high for this year’s version. So does it live up to expectations?

NHL 12 can be summed up in one word … refinement. Over 300 gameplay improvements have made the game more balanced more appealing to new comers of the franchise. One of the many tweaks in this year's version is the goaltending play. For far too long, goaltenders were a soulless defender. Even though in hockey, goaltenders are the last stand against opposing offenses, they do so much behind the scenes that previous NHL games have failed to capture. NHL 12 reinvigorates goaltending position in the NHL series. 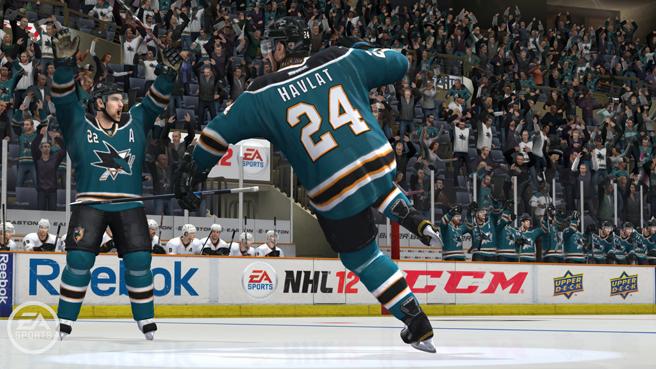 No longer will defense fail to move in unison, often the goaltender will get in on the action and “accidentally” trip a forward who comes across his crease. But even the goaltenders can get scuffled at times.  Before, even if you crashed into a goaltender, they still wouldn’t move or be fatigued. Now players on a breakaway can crash into a goaltender with it possibly sending the net off of it pegs. It’s these little things that many hockey fans will enjoy.

Players jockeying in front of the net for position has been in previous NHL games but players now react more realistically to each other. A big, defenseman like Chris Pronger will physically dominate the positional game in front of his own net while dealing with a smaller forward. But a forward like cover athlete Steven Stamkos, can use his agility to squirm free and deposit pucks into the net. It’s this improvement of the screen game that gives players more options on offense then just driving the puck down the goalie's throat.

The physics engine is back for another round. It has received few enhancements to bring more of realistic feel but it has remained mostly the same. I was never a fan of the hitting mechanic and it still misses just shy of what it wants to achieve. Sure it provides that thrill of timing your check and knocking somebody out but I was looking for more of an arcade feel. 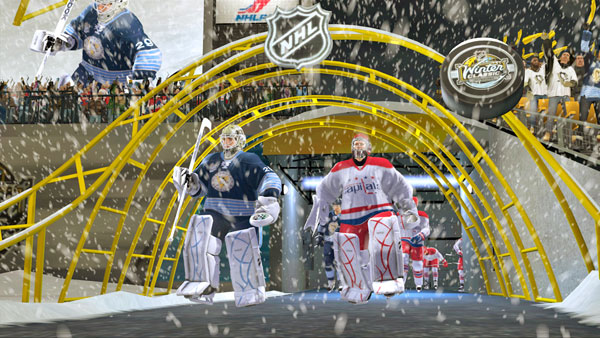 Just like most new sports games this year, improvements to the presentation front have been made to bring the fan closer. The game takes cues from Versus and TSN presentation in games. Fans will finally see their individual home team intros. I got chills when I saw the San Jose Sharks running out onto the ice through the shark head. It’s a nice addition but for the most part, it’s not noticeable or as appealing as Madden or NCAA’s presentation. Even with the presentation improvements the commentators haven’t been updated and are still behind the pack of most sports games. Bill Clement and Craig Simpson return and the pairing is one of the best in a sports game but the problem is they don’t have anything to work with. Far to often you hear the same lines over and over again and some are even out dated.

NHL 12 has your various modes that offer different experiences. Be-a-GM, Be-a-Pro, Franchise, EA Sports Hockey League and Ultimate Team. But my biggest complaint is that these modes have remained untouched for sometime now and this year's version isn’t anything different. Be a GM allows players to fully control their favorite NHL team. This mode is a good addition but it hasn’t seen any improvements of any kind. GM’s will still trade their star player away without having you to sacrifice any key player on your team. Be a Pro mode is another example of this. Yes the mode has received minor improvements but it has overall remained the same. Legends mode, the newest mode for NHL 12, allows players to play as nine NHL Legends. This mode comes off the success NBA 2k11’s Jordan Challenge and is just a cut and pasted version Be a Pro. But anyone looking to play as Wayne Gretzky when he was with the Edmonton Oilers will sadly be disappointed.

For the first time in a Sports game, good gameplay can’t save NHL 12. With a lack of new ideas brought to the table in this year's version, many will feel this is a super charged version of NHL 11 and rightfully so. This version is for the die-hard hockey fan that deeply loves the sport. With lack of competition from 2k sports, it appears NHL 12 let off the gas and stumbled onto the ice.