Nightcrawler died in the X-Men event Second Coming in 2010. It was announced at San Deigo Comic Con that Nightcrawler will be making a return in a new Marvel Now series called Amazing X-Men.

Jason Aaron and Ed McGuinness will be the creative team on this new series. The series will be spinning out of the "Battle of the Atom" story arc. Wolverine will be searching all over the Marvel universe for Nightcrawler.

Wolverine and Nightcrawler will not be the only people on the team. It was announced that Storm, Iceman, Beast, Northstar, and Firestar will also be on the team. 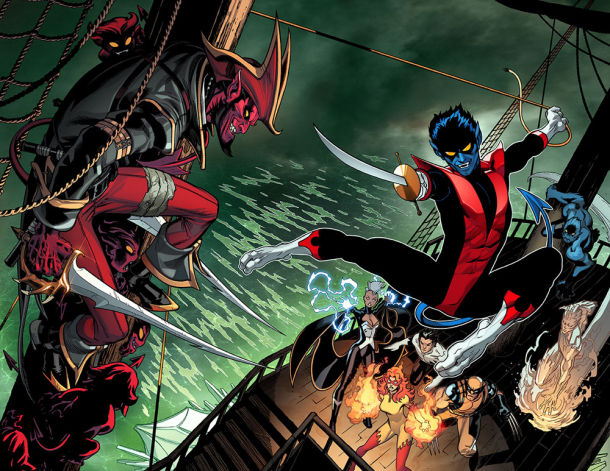