"A stylish and unsettling peek into the local news world"
By: Cristian Barros | Movie Reviews | November 13, 2014
If you were to turn on the local news on your television, odds are the top story would be about a gruesome crime that just occurred. How does this event impact our daily lives? Not very much. All it does is instill fear and makes us ponder on the cruelties of man. It seems now, in the wake of 24-hour news networks, that local news channels are bombarding their coverage with the most sensationalist stories, in order to gain strong viewership. It used to be that local news broadcasts were mostly about imparting information to the viewer. If one were to place a socially inept, possibly sociopathic character in the middle of this crazy local news world, then you have the makings of a darkly satirical peak of said world. This concept is explored in the new dramatic thriller Nightcrawler, written and directed by Dan Gilroy, making his directorial debut. 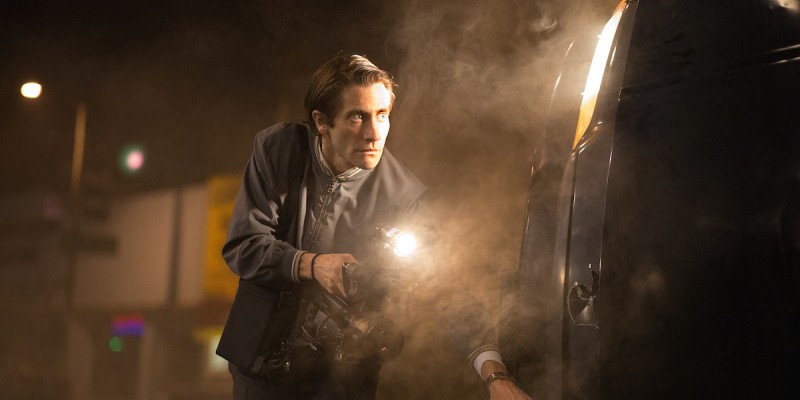 When we first meet Louis Bloom (Jake Gyllenhaal), he is a thief, stealing scrap metal and selling it for pennies to a pound to make a living. One day, he comes upon a roadside accident and notices a man, Joe Loder (Bill Paxton), filming it. When Louis asks him what he's doing, Joe tells him he's recording the event for TV news. Louis is intrigued. He buys a cheap camera and police scanner and tries it for himself. His first few attempts are failures but, after falling into some exclusive footage, he is able to sell it to Nina Romina (Renee Russo), the news director of LA's lowest rated station. They form a friendly relationship and Louis becomes increasingly daring, ignoring ethics and occasionally breaking the law, to get the proper footage. He hires an assistant, Rick (Riz Ahmed), who is desperate for work. Louis is soon challenging Joe for the position of top local for obtaining salacious footage. 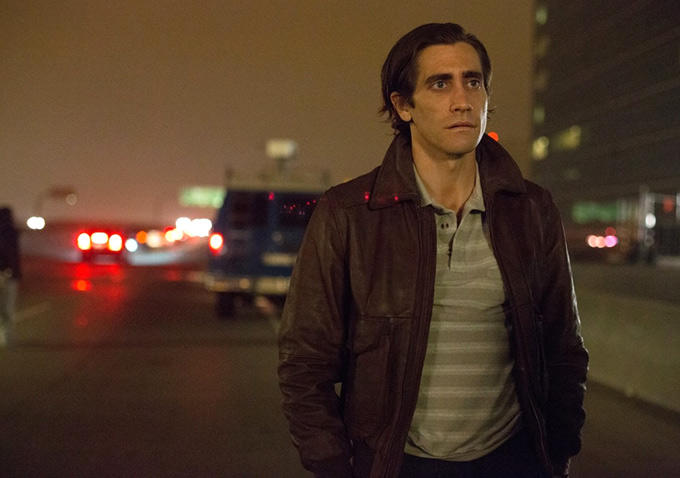 Gilroy makes an impressive directorial debut, giving the movie a sleek visual style, aided by the talented cinematographer Robert Elswit (Boogie Nights, Magnolia), who captures the vital energy L.A. has in the midnight hours. Gilroy also makes some pointed satirical jabs at the current state of local news, capturing the moral and ethical lines individuals are willingly to cross in order to get the story. All in the name of ratings, which means pandering to the viewer's lowest common denominator for sensationalist material. More than anything, the movie is a fascinating character study of a sociopath, who acts in determined amoral fashion, all to make a name for himself.

Gilroy coaxed some exceptional work from his cast. Holding center though is Jake Gyllenhaal's riveting performance, full of strange and unnerving mannerisms. He lost an alarming amount of weight for the role, which plays effectively into Louis' obsessive nature. There are nuances that Gyllenhaal infuses in his work, which adds a dynamic nature to the character and his antics become more troublesome as the story progresses. He is an anti-hero, but Gyllenhaal makes this monster into a fascinating study. It's one of his best performances. There is strong supporting work by Paxton, Ahmed, and especially Russo, who does some of her finest work in ages. Her cunning news director mixed with Louis' ambition is startling to watch. They are an unlikely pair, but Gyllenhaal and Russo inject their scenes with a sexy and edgy rapport. 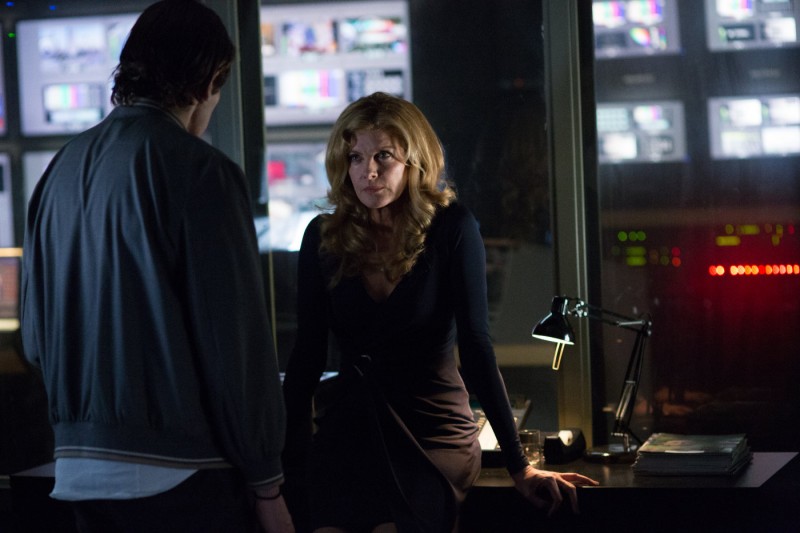 Though Gilroy's stylish directing and the cast's performances are top-notch, there are some faults in the script, which keeps the movie from reaching higher ground. There are some story elements, like Louis' background and his relationship with Rick that are underdeveloped, along with some pacing issues with the episodic narrative. These issues prevent the movie from making a greater impact.

Quibbles aside, thanks to Gyllenhaal's triumphant plunge into madness and Gilroy's sharply observed jabs at the local news world, the movie is sleek, tense, and expertly acted. A solid and confident debut for Gilroy. I look forward to his future work.