"Starring Muppet Iwata, Reggie and Miyamoto"
By: Edward Oliveira | Wii-U News | June 16, 2015
Nintendo hasn’t waited until now to announce stuff, they’ve been doing it all week, so before we get into their hotly anticipated Nintendo Digital Event, let’s recap on what’s already announced for Wii U and Nintendo 3DS:
https://youtu.be/6o4bmb3Qyu4?list=PL2JiZAV5BmDU_Dk6KuW8in13DnxerYMU3
Earthbound Beginnings
After about 20+ years, Mother 1 was renamed Earthbound Beginnings and was released on the Wii U eShop in North America and Europe. Announced during the Nintendo World Championships’ pre-show, Nintendo never released this installment of the bizarre RPG series outside Japan. 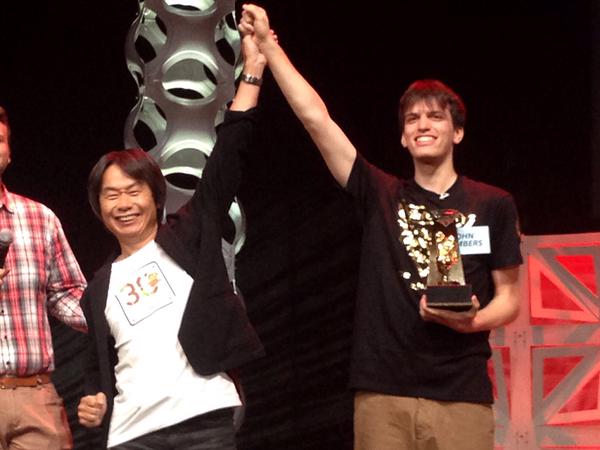 Nintendo World Championships
John Numbers became the first Nintendo World Champion in 25 years. He beat fellow competitor Cosmo and fourteen other combatants in several rounds of various Nintendo games.
The games ranged from Splatoon to a brand new (and Metroid-looking) stage Blast Ball, Mario Kart 8, Super Smash Bros. for Wii U and finally the renamed Super Mario Maker. His finalist Cosmo was eliminated in a round, but got the chance for redemption competing in the underground, which had players racing through classic games like The Legend of Zelda, Super Metroid and Balloon Fight.
The two finalists played through four rounds of Super Mario Maker designed by Nintendo of America’s Treehouse department. Needless to say they were pretty brutal.
https://youtu.be/1kalsCPXfaQ?list=PL2JiZAV5BmDU_Dk6KuW8in13DnxerYMU3
Super Smash Bros. for Wii U and Nintendo 3DS
-Mother 3’s Lucas, Street Fighter’s Ryu and Fire Emblem’s Roy were released to purchase on the eShop, alongside the Dreamland 64 stage and the free Miiverse stage (that one only for Wii U)
-Peach’s Castle 64 and Hyrule Castle 64 are also hitting both versions’ eShop soon
-Tourney Mode coming in August
-YouTube uploading coming to the Wii U version soon
https://youtu.be/TK0LoW6cJmQ?list=PL2JiZAV5BmDU_Dk6KuW8in13DnxerYMU3
[email protected]
-Demos of several indie games hit the Wii U eShop Monday, including Freedom Planet, Extreme Exorcism from Ripstone, forma.8, Lovely Planet, Mutant Mudds Super Challenge, RIVE, Runbow, Soul Axiom and Typoman.
-Downloading the demo not only allows you to try out their E3 demo, but also nets you a 15% discount on the full game during the first 30 days of release!
So that was what was just Sunday and Monday! With these things already behind us, we and Nintendo can focus on the future of Wii U and Nintendo 3DS wit the Nintendo Digital Event.
https://youtu.be/s6PEecNY0Sc
StarFox Zero
-Announced for Wii U this year
-See the action in a more cinematic feel on the TV while shooting first-person via on the GamePad.
-Uses both sticks for boost & brakes. Also uses one button for shooting with the other buttons for three transformations, flips and U-Turn
-Transform the Arwing into the Landmaster, Walker (from StarFox 2) and Gyrowing, which performs like a drone
-Miyamoto is collaborating with Platinum Games for StarFox. Bayonetta 2 director Hashimoto involved 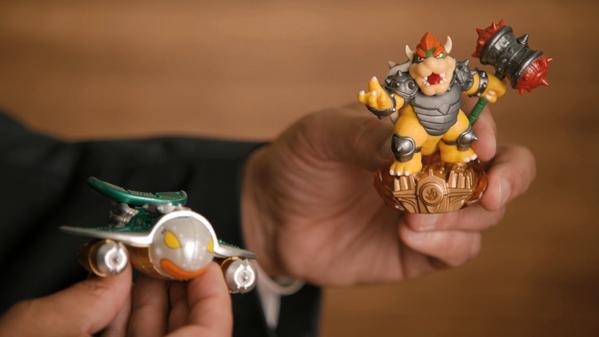 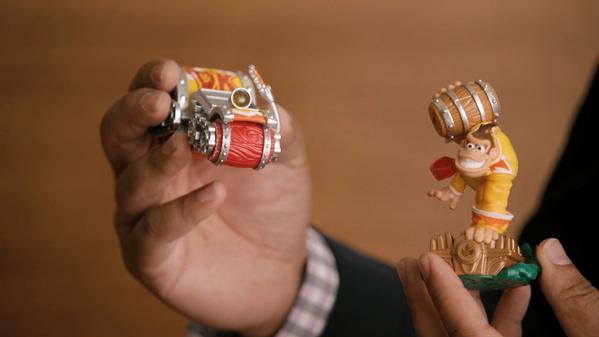 Skylanders Supercharged
-Will have two Nintendo-exclusive characters: Turbo Charge Donkey Kong and Hammer Slam Bowser
-These two figures have a switch on the bottom that switches from Skylanders mode to amiibo mode. Will work like any other Bowser and DK amiibo in amiibo mode.
-Both have vehicles for Skylanders: Clown Cruiser and Barrel Blaster
-Will be faithful while being Skylanders-like: Bowser will summon Koopas that’ll get burned and become Dry Bones
https://youtu.be/7CMp3UzBPWs?list=PL2JiZAV5BmDU_Dk6KuW8in13DnxerYMU3
The Legend of Zelda: Triforce Heroes
-Multiplayer Zelda title. Three player online or offline co-op
-Link travels to a different world where must equip different costumes like a bomb suit or Zelda’s dress
-Singleplayer still works, but you must switch between the three Links
-Holiday 2015 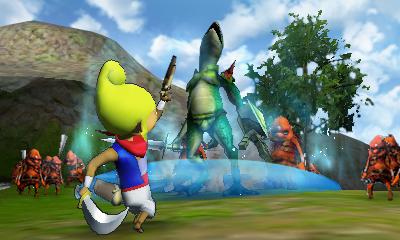 Hyrule Warriors Legends
-3DS Port of Hyrule Warriors
-Can switch between three characters on the map
-Tetra and King Hyrule from Wind Waker playable
-All DLC included
-First quarter 2016
https://youtu.be/sGu3Xe1uUUg?list=PL2JiZAV5BmDU_Dk6KuW8in13DnxerYMU3
Metroid Prime: Federation Force
-Blast Ball from the Nintendo World Championships was a multiplayer mode for this game
-Spinoff where you play as members of the Galactic Federation in the Prime universe
-4-player co-op
-Developed by Next Level Games
-2016 release 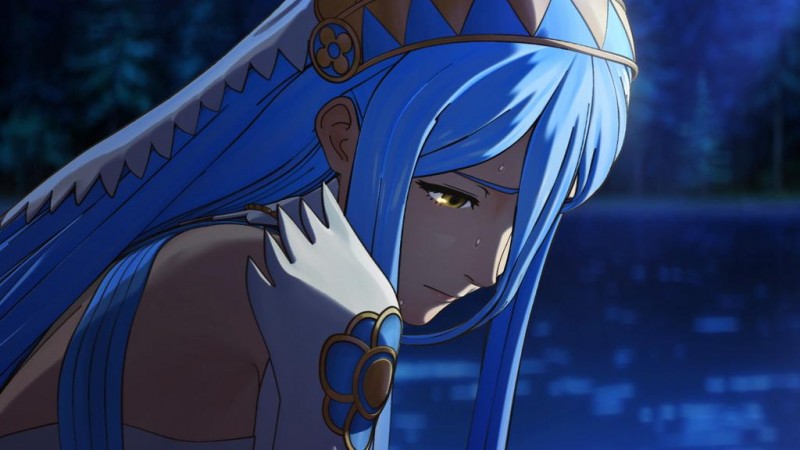 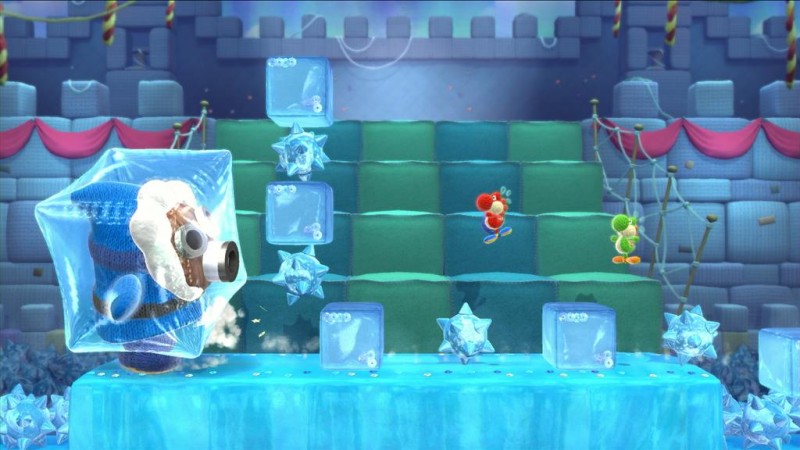 While Nintendo got the schedule dominance sound, the actual Nintendo Digital Event was pretty lackluster thanks to a lack of killer software and a lot of 2016 releases. To be honest, I’ve seen better Nintendo Directs. Here's the event all together:
https://youtu.be/QPDPSezEkcY?list=PL2JiZAV5BmDU_Dk6KuW8in13DnxerYMU3