Nintendo Direct Shows Off The Year of Luigi

Nintendo has decided on Valentine's Day to show us some new games and bring more details to ones we already know about. While Japan and Europe solely focus on Nintendo 3DS, North American viewers get tidbits on Wii U titles too.

Company president Satoru Iwata starts the Direct wearing a Luigi hat, discussing the sidekick's origins and stating that 2013 will be the year of Luigi, starting with Luigi's Mansion: Dark Moon coming out in March. Shigeru Miyamoto shows off the various ways the Poltergust vacuum can be used and introduces a new ghost dog that steals gold bones from you.

Next for gaming's most notable twin is the announcement a new installment of the Mario and Luigi series coming to 3DS this summer with Mario and Luigi: Dream Team. The game takes place in Luigi's dreams where you must touch Luigi's face in order to solve puzzles and get Mario to his destination. Iwata also teased a new Mario Golf installment for 3DS, subtitled World Tour, coming later this year from Camelot. 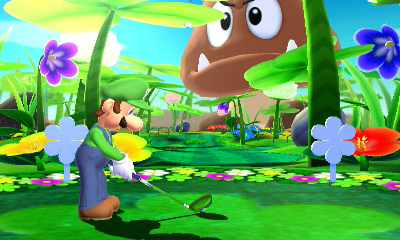 Luigi will be given the center stage in an all-new DLC expansion for New Super Mario Bros. U, labeled New Super Luigi U. This new expansion will focus on Luigi and will add more worlds to the game. Iwata states that it Is "large-scaled," so it will not be out until later on in the year. 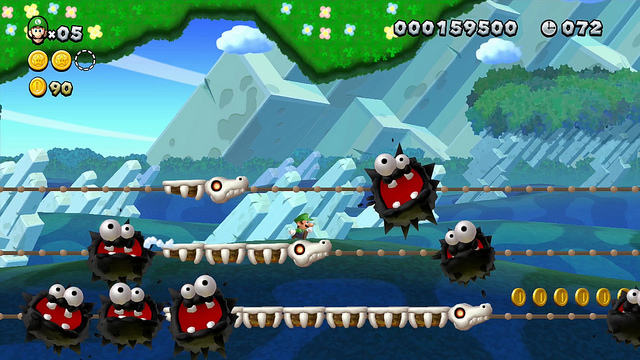 Iwata focuses on another green-clad hero, Link, by announcing a Miiverse community exclusively for the Zelda series, with series lead Eiji Aonuma posting in it every once in a while. The Zelda board is available now.

Bill Trinen discusses Fire Emblem Awakening's DLC, warning players that the first bits of DLC are discounted until March 6th, the first being free and the second being $2.50 (they're normally $4 each). In addition, the Golden Gaffe DLC comes out today for $2.50.

Animal Crossing: New Leaf finally has a release date of June 9th. As the mayor, you can customize your town and house, inside and out, right away without dealing with paying off your debt to Tom Nook. While Trinen announced that the North American versions will have more online modes, he was mum on details. In addition to New Leaf, Style Saavy: Trendsetters will get Animal Crossing related DLC based on the series' fashion designer Gracie Grace. 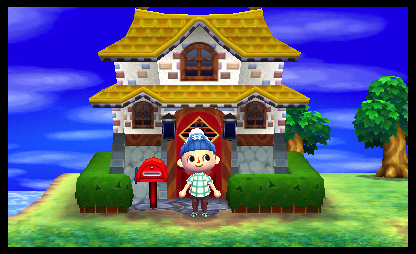 Lego City Undercover comes out March 18th on Wii U and April for 3DS. The 3DS version, which was very light on info before today, takes place two years before the Wii U title and will also be a free-roam title, taking place in the same Lego City as the Wii U version.

Trinen also announced that Ninja Gaiden 3: Razor's Edge will get free costumes via an update later this month. Lastly on the first-party Wii U front, Wii U Street, the system's version of Google Maps complete with panoramic viewing, is out now for free for a limited time on the eShop.

Next, Nintendo's Public Relations Manager Kit Ellis discussed the impressive near-future of the Nintendo 3DS eShop. First was Game Freak's HarmoKnight, an autoscrolling platformer/rhythm game that will come out March 28th with a demo on the 14th. A new title, Kerploosh, is about navigating a stone falling to the bottom of a well and will be out March 7th. Ellis also teased a new Mario vs. Donkey Kong title called Mario and Donkey Kong: Minis on the Move which will hit later this year. Next was a sequel to last year's action/tower defense mashup Dillon's Rolling Western, subtitled The Last Ranger, will release April 11th and will allow you to recruit new playable characters and defend trains. Natsume's Harvest Moon GBC and Legend of the River King are coming out for the 3DS Virtual Console soon. Lastly, Nintendo will be discounting one eShop per week starting today with Bit.Trip Runner for only $9.99. 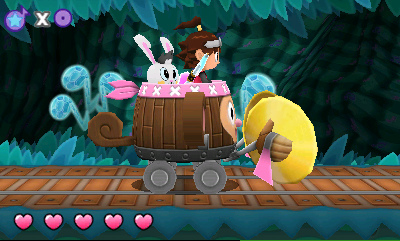 Nintendo announced today that you will be able to download one of five games free when you buy and register a Nintendo 3DS XL and either Luigi's Mansion: Dark Moon or Pokemon Mystery Dungeon: Gates to Infinity on Club Nintendo for a limited time. They also discussed how the Wii U's Deluxe Digital Promotion will be handled. You can go to ddp.nintendo.com, log in with you NNID and you'll get 10% back of your eShop purchases.

On the third-party front, they announced a Zombi U bundle which comes out February 17th for $389.99, and it nets you a Deluxe Wii U, Zombi U, a Wii U Pro Controller and a digital copy of Nintendoland. Next was the announcement that a demo for Castlevania: Lords of Shadow: Mirror of Fate will be out February 28th, while Monster Hunter 3: Ultimate will hit next week. Nintendo has also announced that Need for Speed: Most Wanted will be the first third-party title that will take advantage of Miiverse and unlike many multi-platform Wii U titles, Injustice: Gods Among Us see its DLC on the eShop.


The Direct then concludes to NOA president Reggie Fils-Aime for a brief moment where he announces a 3DS version of Donkey Kong Country Returns, with a 3D trailer out on the eShop today that you can see above. If you want to watch today's Nintendo Direct, the whole video is available below. Can you spot all the Luigis there?